When did the redemption from Egypt really begin? 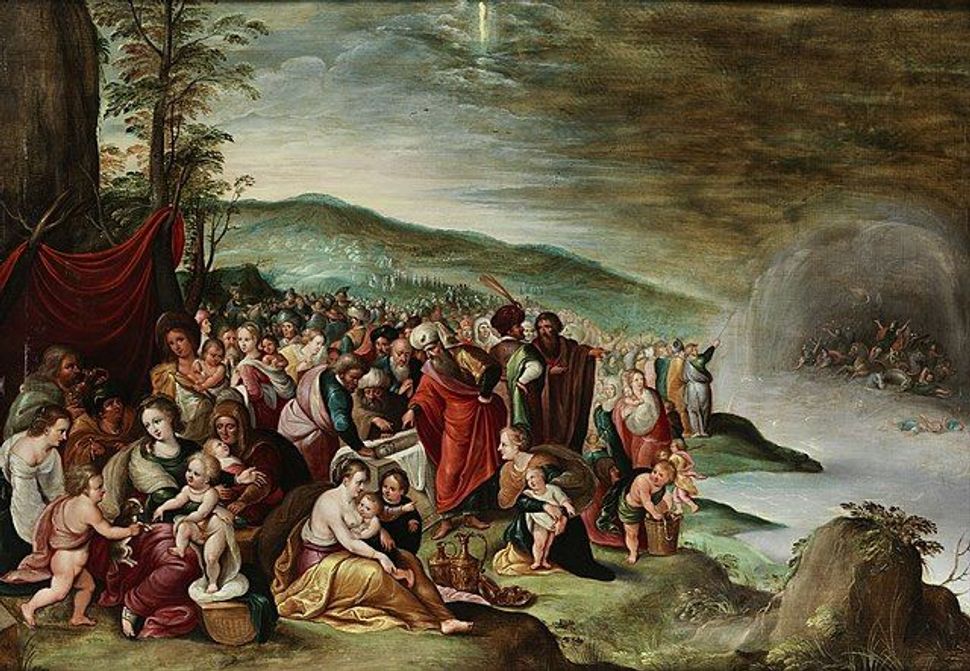 Just about 78 years ago, my grandmother, of blessed memory, was taken from her family’s Passover Seder by the Nazis. She lived in the Carpathian mountain region in what is today known as Western Ukraine. She certainly didn’t think of herself as a Ukrainian, but rather as a Jew. And yet, it is hard, as Jews around the world observe this ancient ritual, and as war and displacement once again ravage that region of the world, not to feel called back to her story, to that tragic night in that tragic place.

The Passover Seder symbolizes one of the most revolutionary ideas one can imagine, a model that has played out for generations and that, even on that dark night in 1944, a night of defeat, exile and prelude to unspeakable loss, was being played out in my grandmother’s home once again.

We can only grasp this idea by starting with a puzzle, one that emerges from what seem to be conflicting messages sent by the Torah when we try to answer a simple question: When did the people actually leave Egypt? The Book of Exodus tells us that crucial parts of the Exodus story happened in the middle of the night: the death of the first-born Egyptians, Pharaoh commanding Moses and Aaron to depart, and the Israelites taking their dough before it had its usual full night to rise. And then, in Deuteronomy 16:1, we read, “Observe the month of Aviv and offer a Passover sacrifice to the Lord your God, for it was in the month of Aviv, God took you out of Egypt at night.”

The picture here seems clear: a nighttime Exodus, the Israelites chased out by the Egyptians, a rising dough cut off in the middle of its process.

But other passages paint a very different picture. Consider Numbers 33:3: “It was the day after the Passover offering that the Israelites started out defiantly, in full view of all the Egyptians.”

This is no stealthy exit under the cover of darkness. During the night, the people shelter in place, as the enemy is vanquished outside. As dawn breaks, they emerge victorious, calmly and proudly departing.

So which is it?

The rabbinic Sages of old were bothered by this problem as well. They proposed a compromise: the Israelites left Egypt during the day, as stated in Numbers. But the Talmud says that “the redemption began at night.”

Reading simply, we could say that the plague of the death of the firstborn was the beginning of the redemption. In Pharaoh’s weakened, grief-stricken state, he relents and emancipates the Hebrew slaves in the nighttime hours. The Israelites don’t formally depart until the morning, even as their legal status changes under cover of darkness.

But consider an alternative reading. Think about this moment of revolution and liberation, the complete overthrow of the yoke of an oppressor, the departure from what had been a homeland for hundreds of years, the charting of a new historical path. What would you expect to be the mode of being and resistance in such a moment? Perhaps a march on the palace or a mass protest out on the streets. Instead, Exodus 12 tells us that every family was directed to meet in its own space: “a lamb for each household, a lamb in each home.”

What if the rabbinic claim that the redemption began in the evening was not about the waning of Egyptian power, but about the creation of an entirely new way of doing business as a community, the creation of an entirely new model of religious life? The revolution happens at home, when parents teach things to their children, when intimate conversations orient our commitments, when religious practice and devotion to God and to our people defines the very fabric of even our private existence. You think the most important things are happening outside, in collective spaces? No, they are happening within our own walls, in our private spaces, with the people closest to us.

Don’t lose your focus, this tells the Israelites. You have been building granaries and store-cities for decades and decades. Now we will build palaces of devotion to accommodate a few families at once, and each home will be its own holy space dedicated to passing on the lessons of this generation to the next. In this reading, the homes of the Israelites were not bomb shelters or isolation rooms, they were laboratories for cultivating a new path.

This is a shocking message, and a big risk. There is a powerful pull to rely on our institutions to form our collective identity, to educate our kids, to feel security in masses of others who act just like us. And all of those impulses and outcomes are good, and are critical to cultural survival. But they are not enough. The Torah tells us that before there was a Temple, before the public revelation at Sinai, before the national salvation at the Reed Sea, there was “a lamb in every home”— each family had to find its own way, on its own, to carry this mission and vision forward.

This challenge of finding wholeness within the intimate spaces of our homes and families was stark for many of us during the most isolating days of the pandemic. When public worship and gathering was taken away, when school went remote, what did we have at home? What could we rely on from our bookshelves, from our hearts and minds to sustain ourselves and to educate our children?

The Seder, the quintessential home-based ritual, is an annual reminder for Jews — and perhaps for all of us — how foundational our homes are. Every time we study with our children, whenever we articulate our values to others in our home, every time we practice and pass on rituals to the next generation, we actively create something that cannot be easily snuffed out. Through these holy and radical actions we create something that is more deeply embedded within us than any event or institution can secure. We actively resist Pharaoh, and oppressions of all kinds. We continue the revolution that began in Egypt so many years ago.

The Nazis triumphed over most of my grandmother’s family on that awful night—most of them did not survive. But I look back on it now as a kind of unwitting resistance, a replay of the struggle of individual families against a mighty, evil empire. The redemption always begins in the evening, the time when we realize that we, and no one else, are responsible for living out what we believe and for educating our children to do so after us. We may then wait a few hours to leave Egypt, or it may take us generations of re-building, but our destiny has already been secured. This is not just history; the underlying struggles here continue to play out until today. Our world, in Ukraine and elsewhere, needs redemption more than ever. The Seder reminds us that the Exodus and all redemption begins at home.

Rabbi Ethan Tucker serves as Rosh Yeshiva at the Hadar Institute and is a trustee of the Harold Grinspoon Foundation.

When did the redemption from Egypt really begin?