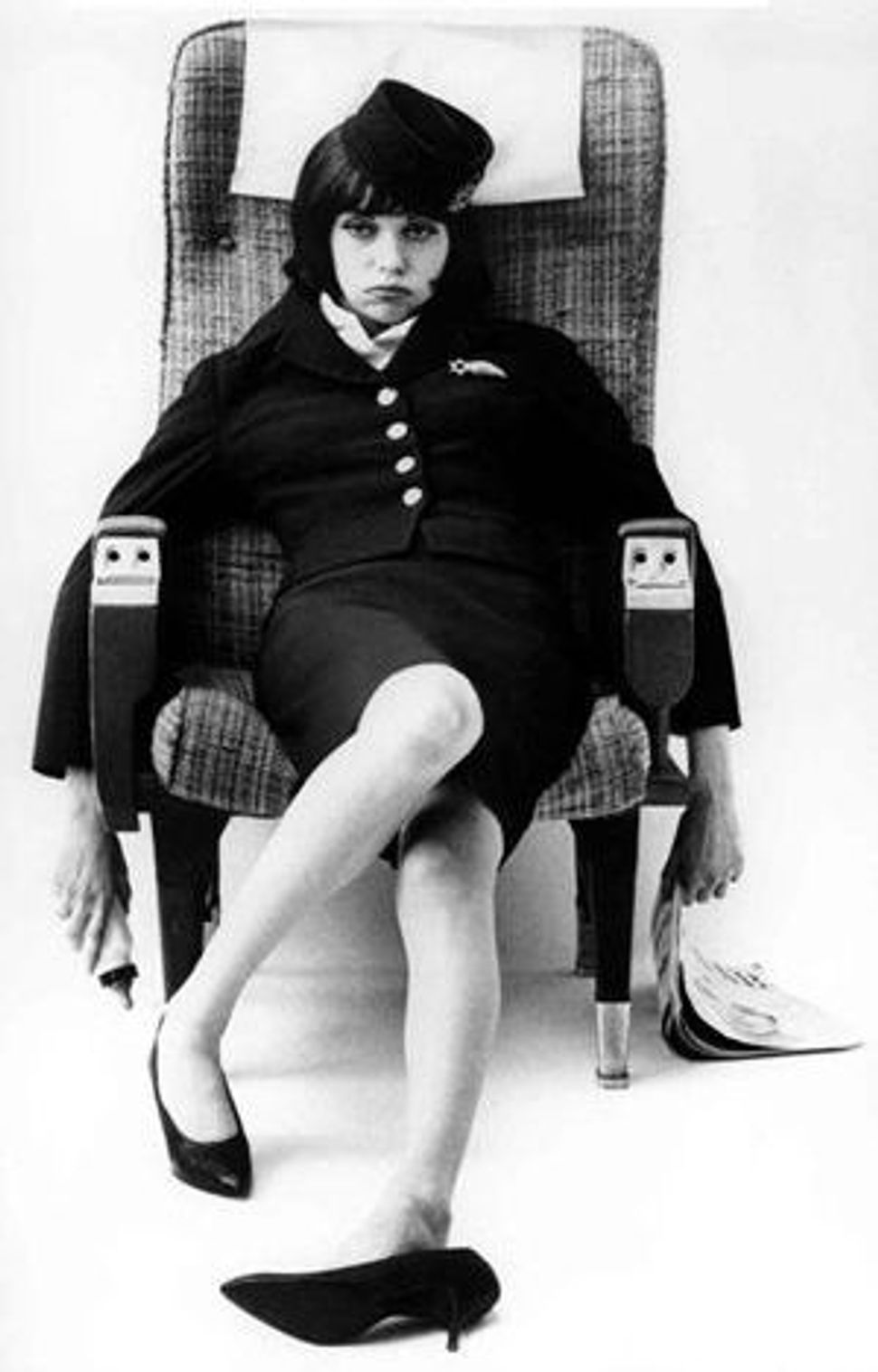 Overworked: A humorous El Al poster, created in 1960, shows a beleaguered flight attendant. Image by From the collection of Marvin G. Goldman

‘And on the 2,083,785th day El Al was created,” proclaims an old color ad for the Israeli airline, divine light breaking across the runway as a plane touches down into the Holy Land.

Whether it was a last-minute act of divine creation in 5707 or an act of political expediency in 1948, the “Airline of Israel” celebrated its 60th anniversary last year — and recently, its most devoted fan published his second book on the subject. 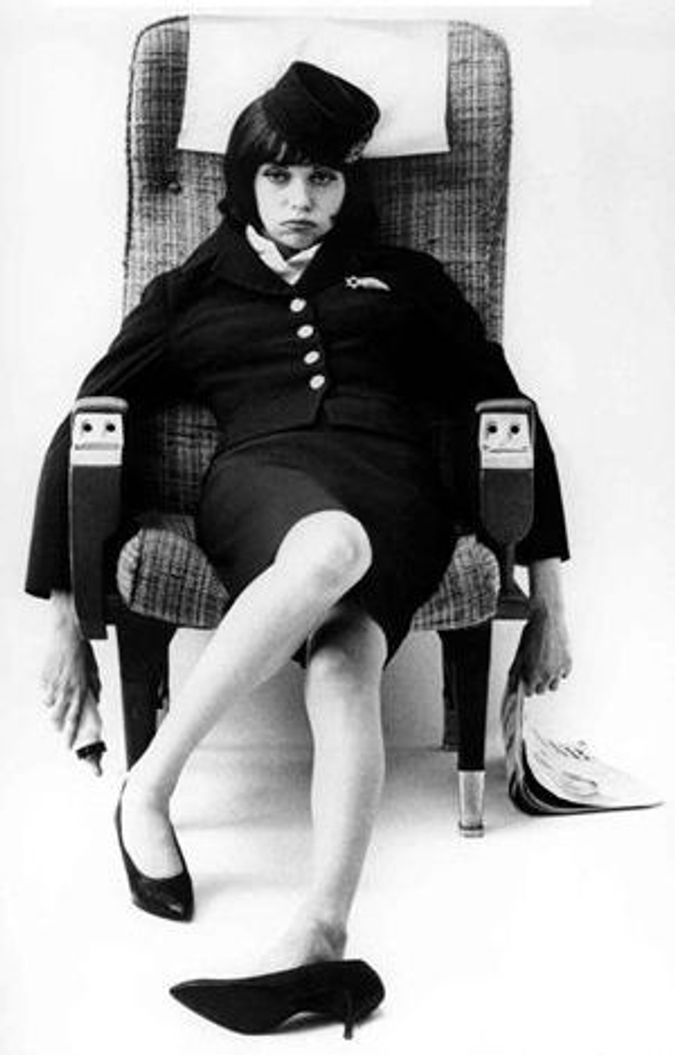 Overworked: A humorous El Al poster, created in 1960, shows a beleaguered flight attendant. Image by From the collection of Marvin G. Goldman

“My main focus in the book is to show how the birth and development of the airline actually parallel the birth and development of the State of Israel,” Goldman told The Shmooze in a phone interview from his home on Manhattan’s Upper West Side, where he keeps his 10,000-piece El Al collection. (His wife has just about confined the collection to one room.)

“I like the association and involvement of the airline with the State of Israel. It gives me a feeling of attachment to [the country]. It wouldn’t be the same if I was collecting Finnair or Lufthansa,” said Goldman, who has flown on El Al more than 100 times since 1978.

“Israel’s Flying Star,” which was eight months in the making and several years in the planning, is illustrated with images of hundreds of items from Goldman’s collection, covering everything from music to military action. The book features the score to the exuberant song “To Fly El Al,” written in 1981 by Naomi Shemer and played over the loudspeaker on every incoming El Al flight for several years (the tune was recently rerecorded by El Al staff and posted on YouTube). It also includes information on Operation Solomon, the 1991 evacuation of some 14,000 Ethiopians, about half of whom were transported to Israel on El Al airlifts. During the rescue, the airline received special dispensation from the Israeli Rabbinate in order to fly on the Sabbath.

Goldman’s hope is that a civil aviation museum will be established in Israel and that his collection, an integral part of the country’s history, will find a new home. “There are certain aspects I would miss,” he admitted while discussing the possibility of giving away his memorabilia. “I have to tell you secretly on the side — my favorite items I try to collect in duplicates, so I can still enjoy.”