Play on Words: An Alternative Forward 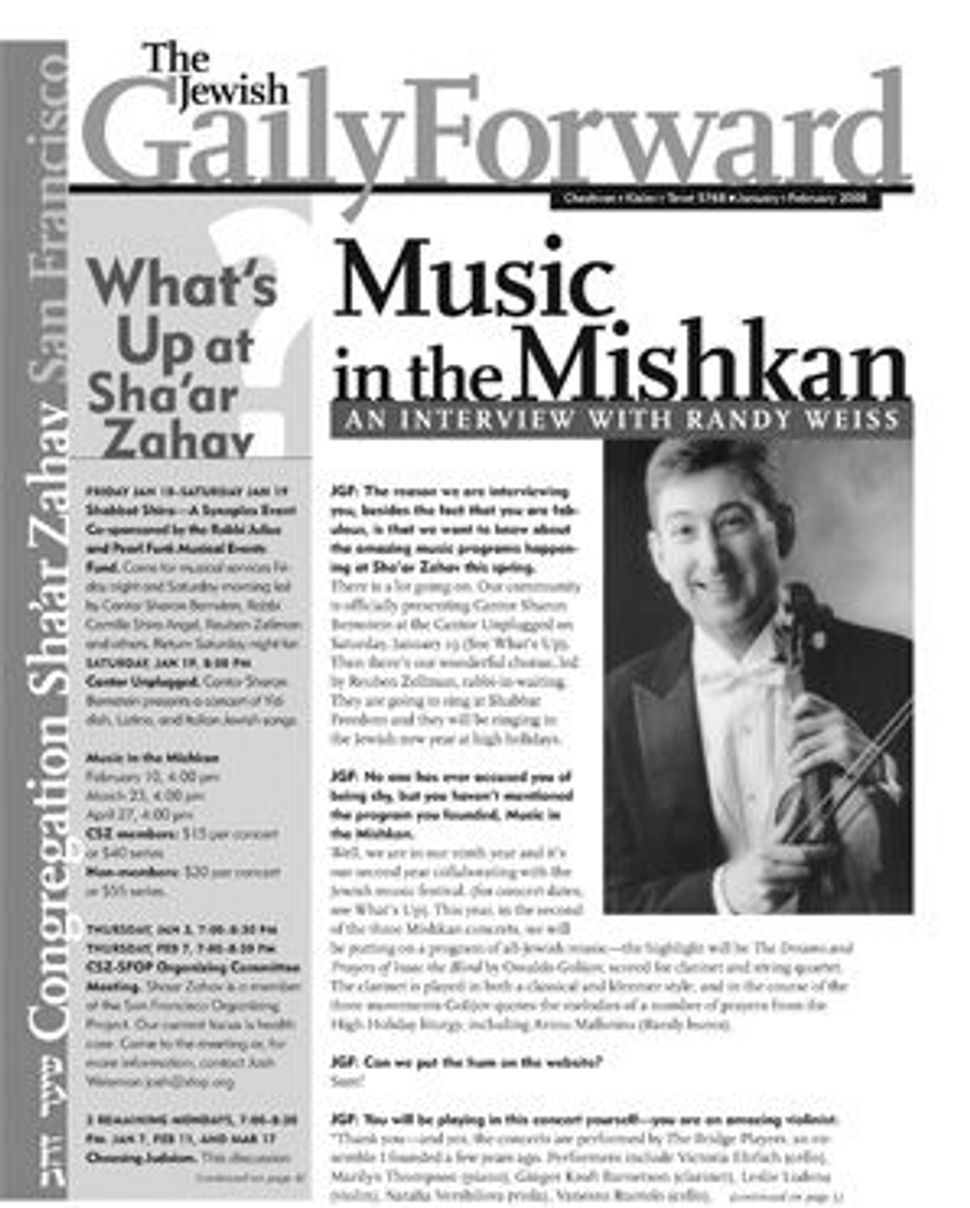 When members of San Francisco’s Congregation Sha’ar Zahav receive their synagogue’s newsletter, they get a copy of the Forward. The Jewish Gaily Forward, that is. Founded in 1977 as a synagogue for “lesbian, gay, bisexual, transgender and heterosexual Jews, together with partners, family and friends,” Sha’ar Zahav has the unique position of being a gay synagogue in what is arguably the nation’s gayest city. So it’s only fitting that its newsletter should evoke its Jewish-ness… with a twist. 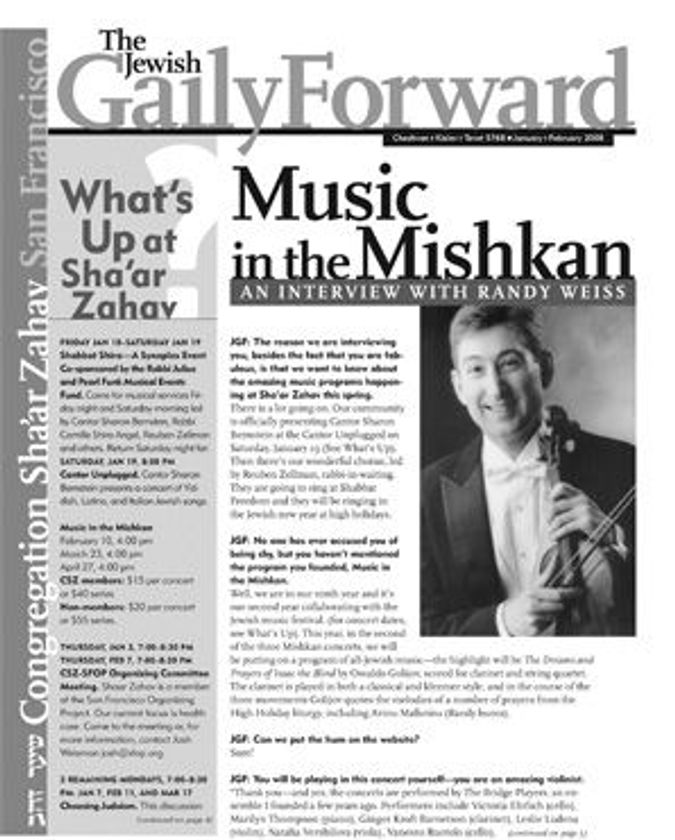 “We always want to take creative energy into all of the elements of how we present ourselves,” said Jo Ellen Green Kaiser, editor of the JGF, as the newsletter is affectionately known. The newsletter is “changing the name of a Jewish institution in a way that’s sort of fun and positive and reminds people why change is needed in the Jewish world. We have to make sure that people of various sexual identities are included in mainstream Judaism.”

Kaiser, whose day job is senior editor of Zeek: A Jewish Journal of Thought and Culture, says the newsletter’s title is actually a double double-entendre. In addition to being a play on the title of this paper, it’s also a nod to an old gay joke. While out for a drive, some friends come to an intersection. “Should we go straight?” asks the driver. “Heavens, no!” answer the passengers. “Go gaily forward!”

Unfortunately, Kaiser says, the original Forward has less reach in the Golden State than it used to, and as a result, not everyone among her readership gets the other joke of the newsletter’s title. “Today on the West Coast, people don’t really get it so much,” she told The Shmooze. “But when you explain it to people, they think it’s hilarious.”

Play on Words: An Alternative Forward