J Street Accepted in Some, Not All, Cities 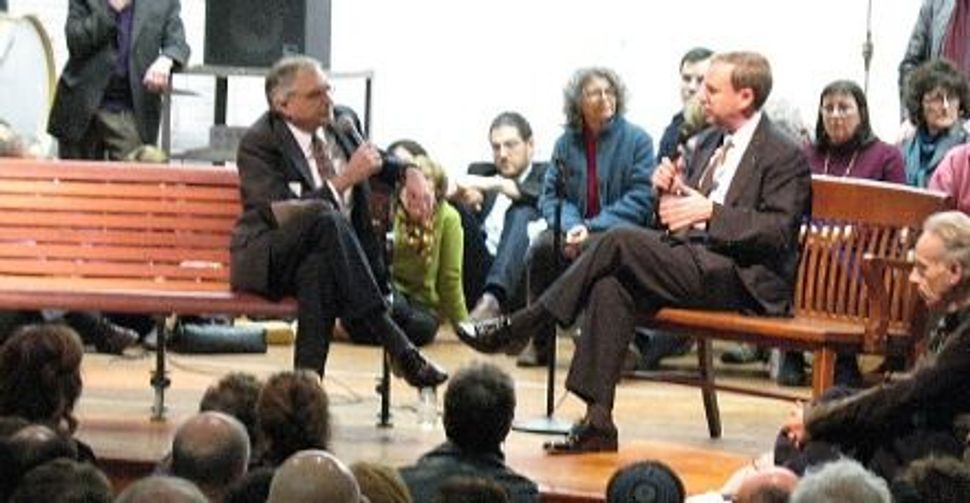 Image by courtesy of j street 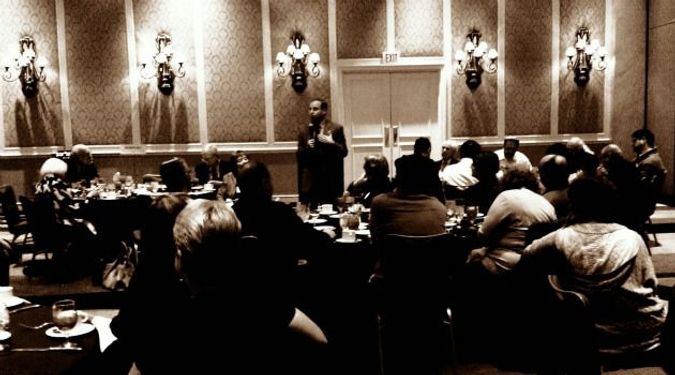 Not Welcome in Nashville: Jewish groups in some cities and universities have frozen out J Street, the self-described ?pro-Israel, pro-peace? group. But others have embraced it. What gives? Image by courtesy of j street

In November, J Street found itself rejected again. The recent decision by the Jewish Student Union at the University of California, Berkeley was but the latest in a handful of incidents in which the self-described pro-Israel, pro-peace organization has been frozen out of local Jewish institutions in such places as Tennessee and Boston.

Depending on whom you ask, these instances point either to a wholesale rejection of J Street — and of those who identify with its position — by the Jewish communal world, or they are a series of small setbacks for an organization making gradual headway among Jews nationwide.

“It is going to be a series of skirmishes and battles and fights in cities all over the country,” J Street President Jeremy Ben-Ami said. “But the main tide is running in the direction of greater openness and a broader definition of what it means to be pro-Israel.”

Roz Rothstein, national director of StandWithUs, a more hawkish pro-Israel advocacy group, disagreed. “I think that J Street has to take account of what its priorities are in order to gain greater acceptance,” she said. “I don’t hear them putting pressure on the Palestinian Authority or Hamas. They only blame Israel for the lack of peace.”

J Street has been a touchstone of controversy in the American Jewish community since its founding in 2008, when it declared its intention to offer dovish Jews an avenue for critical support of Israel. Other dovish groups, focused mostly on education and outreach, often take similar positions. But unlike, say, Americans for Peace Now, J Street is an unabashed lobbying organization. It seeks to influence Congress and the administration to pressure Israel, no less than the Palestinians, toward concessions to achieve a two-state solution to the regional conflict. J Street also maintains a separate political action committee to raise money for congressional candidates reflecting its views. That has raised the hackles of StandWithUs and other more hawkish pro-Israel groups. They say the job of a pro-Israel group is to support Israeli policies.

In fact, J Street’s profile is not uniformly dovish; the organization has staked out leftist positions on certain issues, such as calling on the Obama administration not to veto a resolution in the United Nations Security Council condemning settlements. But J Street also staunchly opposes the campaign to boycott, divest from and sanction Israel, known popularly as BDS. On some issues, it has tacked right. In September, it opposed the Palestinian Authority’s effort to gain recognition as a state from the U.N. Security Council.

It’s impossible to predict how the discourse on J Street will shake out, but one thing is certain: The battle over J Street’s acceptance is taking place at the most granular level of the Jewish community.

On November 16, Berkeley’s umbrella group for Jewish student life decided by a one-vote margin to bar the university’s chapter of J Street U from joining as a member organization. (The final tally was 10–9, with two members abstaining from the vote.) This was the first time a Jewish student group barred J Street U outright. But the organization has had a mixed reception when it has attempted to make inroads at other universities.

In February 2010, the University of Pennsylvania’s Hillel faced criticism when it hosted Ben-Ami for the national launch of J Street Local, the organization’s grassroots initiative. But rather than cancel the J Street event, Hillel hosted a lecture on another floor by an affiliate of American Israel Public Affairs Committee, the establishment pro-Israel lobby whose stated position is never to criticize Israel’s government.

Around a dozen Hillels at universities around the country have accepted J Street U under their organizational umbrellas, J Street U’s national director, Daniel May, told the Forward. And at Berkeley, where the Jewish Student Union rather than the local Hillel acts as the Jewish community’s official umbrella group, the UC Hillel has asked the union to reconsider its decision.

Outside the university setting, J Street has also faced mixed responses. In some mainstream venues J Street is accepted without issue. Elsewhere, some institutions bluntly reject J Street while others, sometimes in the same city, conduct lengthy battles over its inclusion.

In November 2010, Ben-Ami’s speaking engagement at Temple Beth Avodah, in Newton Centre, Mass., was canceled when members of the congregation spoke out against his organization. Then, this past May, the Jewish Community Relations Council of Greater Boston staged a bitter showdown over J Street when the media watchdog group Committee for Accuracy in Middle East Reporting in America opposed the inclusion of both J Street and the Workmen’s Circle/Arbeter Ring as JCRC members. The latter group is devoted to promoting secular Yiddish culture and social justice, and is a longtime member of the Conference of Presidents of Major American Jewish Organizations, organized Jewry’s national umbrella group on Israel-related issues.

In the end, the council accepted J Street by a vote of 57–9. The Workmen’s Circle was also allowed in.

Barry Shrage, the president of Boston’s Combined Jewish Philanthropies, said that the Boston umbrella group decided that because J Street opposes the BDS movement, and because it supports a Jewish democracy in the state of Israel it deserved a seat at the table.

In Nashville, J Street’s status seems to be in flux. According to Bill Smith, chair of the local J Street chapter, the group hosted Israela Oron, a retired Israel Defense Forces general, at the local Jewish community center last December. But when J Street asked to bring in former Knesset member Yael Dayan, daughter of the late general and foreign minister Moshe Dayan, the JCC said no. Most recently, the JCC — in addition to four local synagogues — declined to host Ben-Ami when he visited on November 12.

Eric Goldstein, executive director of Nashville’s JCC, said that his center’s ban did not target J Street specifically. The JCC, he said, had instituted a temporary freeze against all outside speakers when it was inundated with requests. Now that the JCC has come up with a policy for evaluating speakers — Goldstein declined to share that policy with the Forward — J Street, he said, is welcome to submit a request to host a speaker there.

Of the four synagogues in Nashville, Congregation Ohabai Sholom said that it did not accept Ben-Ami because it, too, was revising its policy on guest speakers. “We, like many congregations, and certainly those in Nashville, are trying to figure out the rubric by which we have speakers of all different points of view about the discussion or debate about Israel,” said Mark Schiftan, the congregation’s senior rabbi. This view was echoed by Rabbi Kliel Rose at West End Synagogue, who is on J Street’s advisory council. The two synagogues plan to partner next year to host a J Street representative for a program called “Israel at the Crossroads.” Congregation Sherith Israel, meanwhile, didn’t allow J Street because “many of our congregants have been very uncomfortable with their overtly critical message of Israel,” said Rabbi Saul Strosberg. Congregation Micah did not return a phone call seeking comment.

Ben-Ami said he was undeterred by having to speak at a Nashville hotel in November instead of at a Jewish institution. He said that during his visit he met with several Jewish communal officials. “My hope is that over the course of the coming year, we’ll see more public engagement with them,” Ben-Ami said, adding that the overall trend was one of greater acceptance of his organization. According to J Street officials, Ben-Ami has made public appearances at a dozen JCRCs, JCCs and synagogues around the country in the past year.

Ethan Felson, vice president of the Jewish Council for Public Affairs, American Jewry’s domestic affairs umbrella group, said that recent bans on J Street speakers point to a coarsening of dialogue on Israel in the Jewish world. And J Street, he said, isn’t the only group being targeted. Local Jewish institutions have also blocked Christians United for Israel, a hawkish group professing its support for Israel.

“These are controversial times,” Felson said. “The Internet has the capacity to turn every opinion into a crisis. Controversy about J Street and CUFI, and all the other voices that are shaping debate, is to be expected.”

J Street Accepted in Some, Not All, Cities