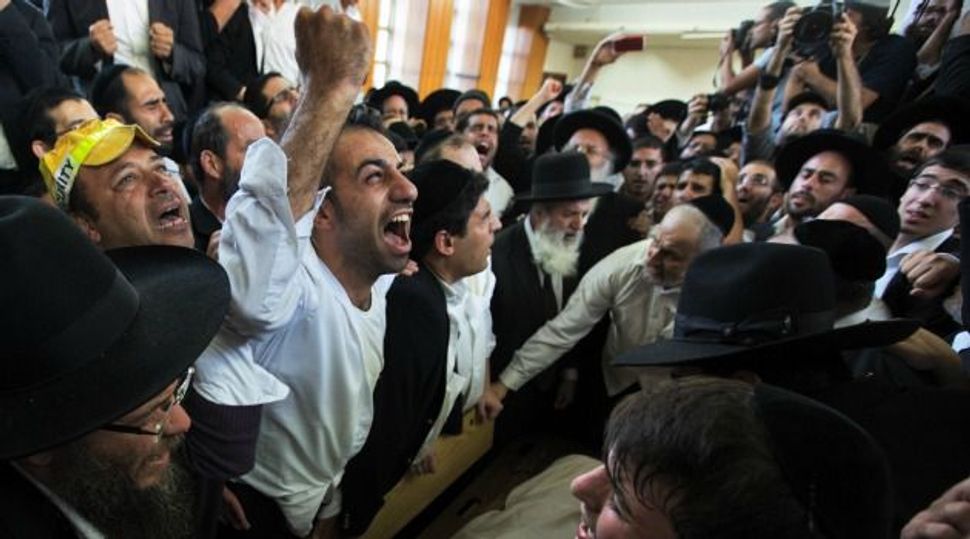 After Ovadia, What? Mourners grieve over the body of Rabbi Ovadia Yosef. Despite the massive outpouring of at his funeral, the death thrusts his Sephardic political movement into crisis. Image by getty images

Will Shas, Israel’s largest ultra-Orthodox political party, survive the death of Rabbi Ovadia Yosef, the Sephardic religious leader whose towering authority enabled him to found the party and unite its followers behind his will?

Some political analysts are casting their glances backward in looking for clues — specifically, to the 1994 death of the Lubavitcher rebbe, Menachem Mendel Schneerson.

There are certain similarities between Shas and Chabad-Lubavitch, the most important of which are their common emphasis on religious outreach and the giant stature of their respective leaders. Both leaders died without anointing a successor. 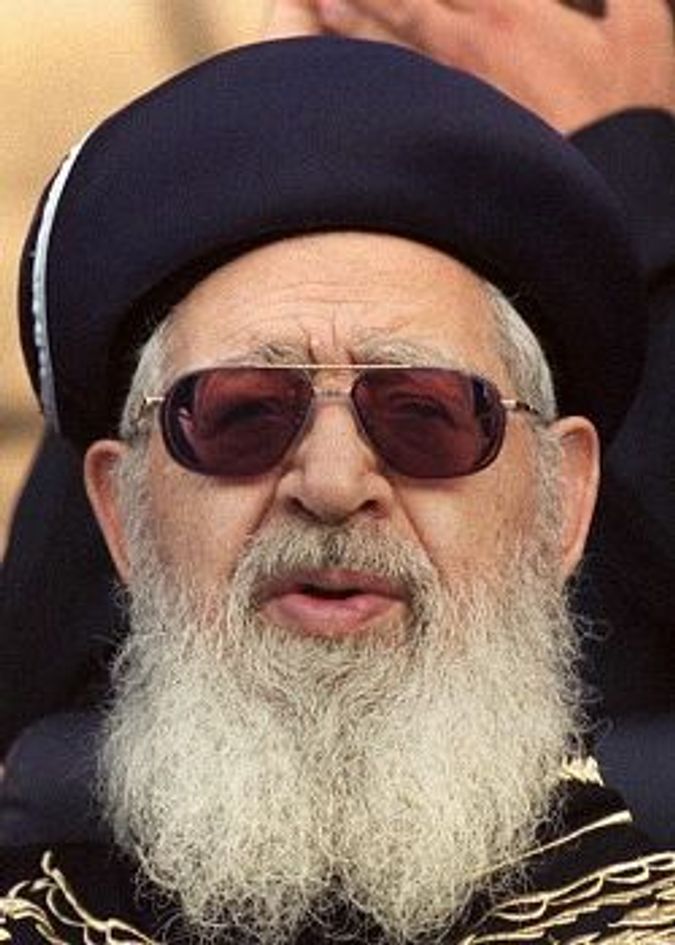 Yosef led immigrants from various countries, who revered him deeply and without reservation. But their commitment to Shas was looser and less disciplined. His following has always been less united and more fluid than Lubavitch’s, with people taking a far less all-or-nothing approach to commitment. Shas is also a younger movement that Lubavitch, and it relies not only on communal politics but also on electoral politics, a famously unpredictable realm in Israel.

Furthermore, while Yosef left no spiritual heir, he left behind him two rival political claimants. Many commentators believe that Eli Yishai, Shas’s chairman until last year, and Aryeh Deri, Shas’s current political head, will tear apart the party. As the party’s undisputed spiritual leader Yosef kept the peace between the two men while he lived. But the tug of war between them may end up dividing the party.

According to Benjamin Brown, a Shas expert from Hebrew University, their conflicts will leave the party “split and weakened.” After a split, even if both parts retain everyone who voted for the united party, each would have only around 5% of the Knesset’s seats — too few to have the kind of power-brokering clout that Shas achieved under Yosef.

Brown believes that Shas as a political entity is on the way down. “It’s an organization, not an idea or a doctrine, and his political legacy will fade away,” he said of Yosef.

What will endure, Brown believes, will be Yosef’s religious legacy, namely a tradition of lenient halachic rulings and his religious outreach movement. He thinks that the status of Mizrahim — Jews from Eastern backgrounds — will continue to improve, but that those Jews will no longer needs Shas. “After this empowerment has been achieved, the question is whether the endurance of this political entity reflects a real need,” Brown said.

Thanks to Yosef’s stature with Mizrahim across a wide spectrum, Shas has attracted significant electoral support from non-Haredim. This has made it different from Ashkenazi Haredi parties. Yosef was able “to rise above religion to appeal to social class, ethnicity, identity and pride,” commented Guy Ben-Porat, a Ben-Gurion University political scientist who published a book on state and religion in Israel earlier this year. “I’m not sure that there is a figure who will be able to transcend religion in the way that he did.”

Haim Amsalem, a renegade Shas lawmaker who was expelled from the party and in January tried unsuccessfully to enter the Knesset on a rival list of his own, has estimated that Shas will lose 70% of its non-Haredi voters without Yosef. Ben-Porat predicts that many non-Haredi Mizrahim will turn back the clock three decades and vote as they did before Shas existed. “Many of them will return to parties like Likud, which has a very strong following ethnically [of Mizrahim],” he said.

Perhaps. But these predictions of doom recall past prognoses that Shas was on its way down, most memorably when Deri, widely regarded as a political wizard, resigned from his first stint as party leader in 1999, just ahead of his imprisonment for taking bribes.

“They have been eulogizing Shas since the movement first appeared,” said Yoav Peled, a Tel Aviv University political scientist and specialist on Shas, referring to secular Israelis. “The secular media hate Shas, so it always expects it to disappear and disintegrate.”

Erez Tzfadia, who has conducted in-depth studies of Shas’s support in Israel’s periphery, agrees. “This is more the hope of the secular anti-Mizrahi, anti-religious voices in Israel — the hope of the Ashkenazi middle class,” he said, adding, “With or without Ovadia Yosef, Shas is going to continue to be a very influential social, religious and identity project in Israel.”

In Peled’s view, social class will be the key to Shas’s continued success. “The constituency of Shas is not Mizrahi but poor Mizrahi,” he said. Alternative parties, such as Likud, have neo-liberal economic agendas that repel Shas voters, he explained. Shas, in contrast, has never wavered in its view of government as the ultimate resource for those at the bottom.

Tzfadia, who directs the department of public policy and administration at Sapir College, in southern Israel, expects Shas’s large infrastructure to keep the party strong and united. “It’s a movement with lots of institutions, including schools and synagogues, and for that reason I think that Shas will continue to hold its power,” he said. “While there may be struggles over leadership, three years from now, when there are preparations for the next election, Shas will have the power it has today.”