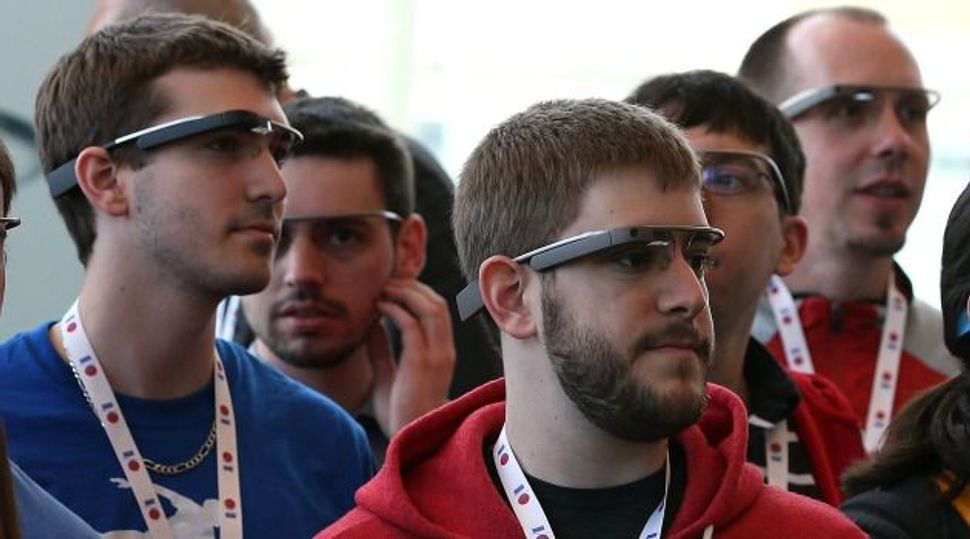 (Haaretz) — Israeli startup Meta is set to take on Google Glass with its own model of augmented reality glasses, the Meta Pro, unveiled over the weekend.

Weighing in at just 180 grams and shaped like normal sunglasses, the new model is considerably more advanced than the company’s older model, with advanced graphic capabilities, a much larger display area and three cameras enabling three-dimentional filming in real time.

The Meta Pro is being offered on the company’s website at an advanced purchase price of $3,000 and is expected to hit the market next June. “It is aimed mainly at people who paid $1,500 to Google Glass in early release and were disappointed,” explains Meron Gribetz, the company’s founder.

Meta’s 35 employees live and work out of a Portola Valley mansion overlooking Silicon Valley where several reporters were invited for a close-up look at the new product. Besides a breakthrough in the glasses’ design, a noted improvement could be seen in user experience and graphic capabilities.

While the previous version presented holograms with basic graphics and limited functionality, the new edition offered a spectacular graphic interface, including the ability to view films at high-definition quality and interact with the holograms much more smoothly and intensively. A new application provides an ability to “sculpt” a hologram using hand motions.

“You can place these holograms anywhere in the house where they’ll always be waiting for you,” explains product manager Matt Kitch. “For example, you can put a hologram that is actually a cookbook application in the kitchen that will wait for you every time you want to cook.”

The graphic interface was designed with the help of Jayce Hansen, one of Hollywood’s leading designers, as well as the ad for the product’s launch, which was filmed through the glasses. “This is the man who did Iron Man and Hunger Games,” boasts Gribetz. “I chased after him for two years until we met last month and I demonstrated the glasses for him in a Hollywood hotel. He became enthused and agreed to work with us while working on the new Star Trek. I hope he eventually becomes our art director.”

Another interesting collaboration began with SpaceX, Elon Musk’s satellite rocket company. “They think the glasses can be a big help in a certain part of satellite design,” says Gribetz. “There is one stage in their work process where they can’t see all the elements at once, and the 3-D holograms can solve this problem. We’ve begun to work with them on an application that will help them, and we’ll be demonstrating it to Musk within a few months. I hope to develop closer cooperation with them if it succeeds.”

The Meta Pro will come with a pocket computer attached with a thin wire. “This is the most powerful pocket computer there is today,” says Gribetz. “The battery lasts six hours, which we believe will be the average daily usage time.”

Kitch adds that the glasses will replace the cellular phone for many activities.

“We have an application that draws information from your cellphone and displays all the applications in front of you,” he says. “This is the most important thing, because it allows you to leave the phone at home and go around with just the glasses. Why watch a Youtube clip on an iPhone when it can be watched through the glasses on an infinitely large screen?”