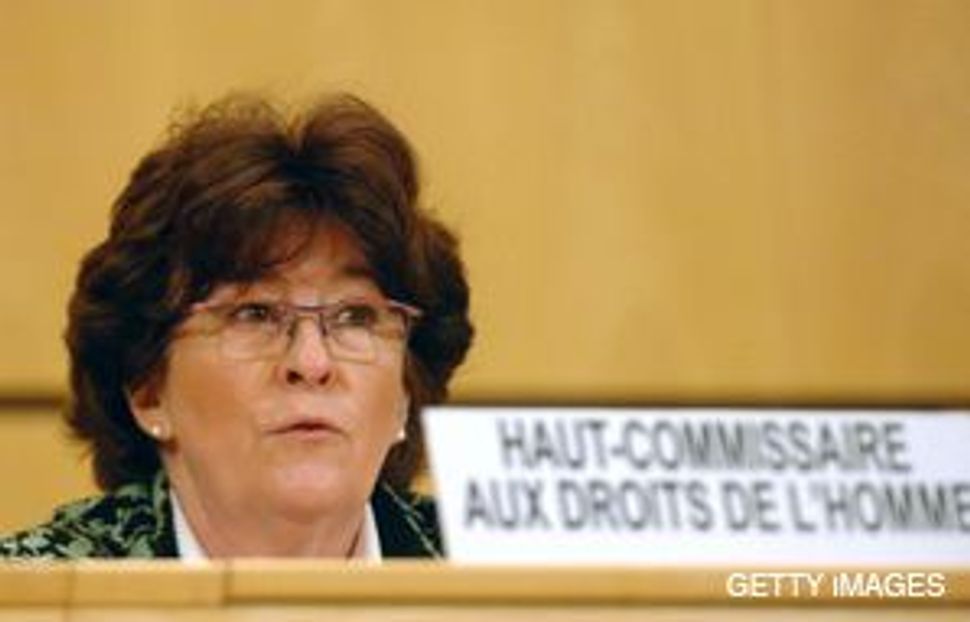 On the Way Out: Louise Arbour will be stepping down in June from her post atop the U.N. high commissioner for human rights.

In a race that is being closely watched by Israel and its allies, a stealth campaign has been launched to influence the selection of the top United Nations human rights official. 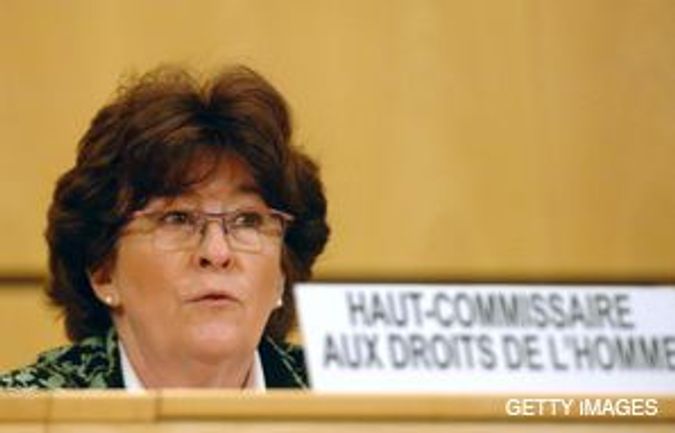 On the Way Out: Louise Arbour will be stepping down in June from her post atop the U.N. high commissioner for human rights.

The current U.N. high commissioner for human rights, Louise Arbour, recently announced that she would step down in June and not seek a second mandate. Names of potential successors are being bandied about and diplomats from member states are busy strategizing on how to best lobby the ultimate decision-maker, U.N. Secretary-General Ban Ki-moon.

The Geneva-based position has particular importance for Israel, which has often found itself on the receiving end of the criticism aired by the alphabet soup of human rights voices at the U.N., including Arbour and bodies under her purview. The United States has also faced the wrath of Arbour, who staunchly criticized American detention and interrogation policies.

Developing countries have been pushing to have one of their own take over Arbour’s spot. These nations, which are loosely allied in the so-called non-aligned bloc, will have a say since the secretary-general’s choice to fill the position needs to be confirmed by the General Assembly, where developing countries constitute a majority.

Until now, the post has been held exclusively by officials hailing from Europe and the Americas; Arbour is Canadian. Israel and other Western countries, first and foremost the United States, are concerned that a move away from this precedent could open the way for a more forcefully anti-Israel and anti-Western posture.

“The high commissioner is the world’s top human rights official, a bully pulpit of global impact, rivaling if not surpassing that of the secretary-general,” said Hillel Neuer, the executive director of UN Watch, a monitoring group linked with the American Jewish Committee. “Because so much of the U.N. human rights machinery continues to be preoccupied with demonizing the Jewish state, Israel and its supporters must keep a watchful eye.”

Arbour, a former Canadian Supreme Court justice, stepped into the U.N. position in 2004. She has been an outspoken voice for human rights and, in addition to facing criticism from the America and Israel, has also been the target of criticism from Muslim nations such as Sudan, Egypt and Pakistan.

With no clear selection process in place, the rumor mill is already at work.

Some U.N. insiders have mentioned Richard Goldstone, a South African judge who is Jewish and is known for his anti-apartheid advocacy and his stint as the first chief prosecutor of the U.N. International Criminal Tribunal for the former Yugoslavia, a position in which he was succeeded by Arbour. Contacted by the Forward, Goldstone declined to comment.

One name that has also come up frequently is Micheline Calmy-Rey, Switzerland’s foreign minister. In Israel, she is known for her involvement with the so-called Geneva Initiative, a comprehensive peace proposal drafted by dovish Israelis and Palestinians several years ago with the support of the Swiss government.

U.N. watchers noted that Switzerland took the unusual step of voting in favor of a resolution passed by the U.N. Human Rights Council in early March condemning Israel for its recent operations in the Palestinian territories. The Swiss posture was notable because although it traditionally votes with European Union countries, it did not abstain with them in this instance. Calmy-Rey herself appeared before the council prior to the vote and urged it to debate the situation in Gaza.

To supporters of Israel, one red flag about Calmy-Rey was raised when Jean Ziegler, the U.N.’s special rapporteur on the right to food and a fellow Swiss, was quoted praising her qualifications for the human rights post. Ziegler has been a harsh critic of Israel, and a variety of Jewish groups have called for his resignation over the years.

Another rumored candidate worrying Israel is Luis Alfonso De Alba, Mexico’s ambassador to the U.N. in Geneva and a former president of the U.N.’s Human Rights Council. During his tenure as president, the council voted a series of resolutions critical of Israel and pro-Israel activists say that De Alba’s handling of the debates indicated an anti-Israel bias.

Another possible replacement could be Arbour’s current deputy, Kyung-wha Kang of South Korea. Such a choice could prove difficult for Ban since it would give the impression that he is favoring a co-national, especially since he reportedly last year lobbied for Kang to get the job she has at present.

The United States has not taken a position on a candidate and is unlikely to do so since it would probably backfire, given the level of anti-American sentiment around the world. A State Department official offered only that Washington was hoping that a committed human rights advocate would be chosen.