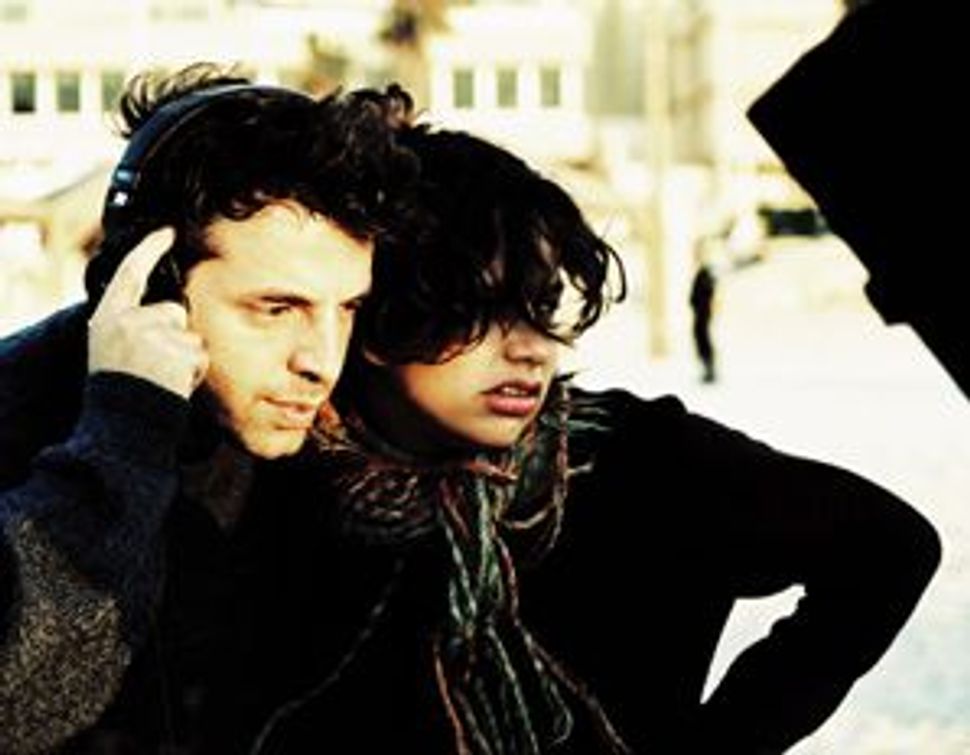 Etgar Keret’s unconventional, often surreal and highly entertaining short stories have earned him an international reputation as one of Israel’s best contemporary writers. Now, he’s garnering acclaim as a film director. Keret and his wife, Shira Geffen — a playwright, theater director and actress — co-directed “Jellyfish,” which won the Camera d’Or prize for best first feature at the 2007 Cannes International Film Festival. The film, scripted by Geffen, has been enthusiastically received around the world and opens in select American theaters in April. (See the Forward’s article on the film here.) 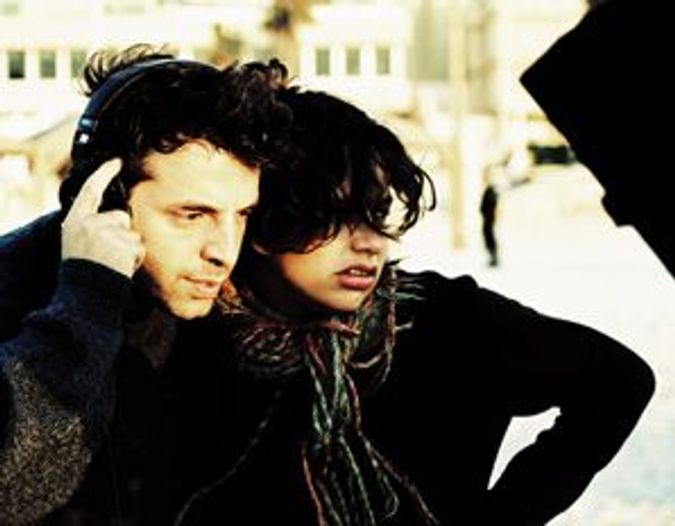 Marianna Evenstein spoke with Etgar Keret about the making of this highly visual and often whimsical film.

“Jellyfish” is the first film you and your wife, Shira Geffen, have ever directed, and it’s been a great success. Do you intend to do more directing?

I don’t think I’ll be looking for screenplays to direct in the future, because basically and fundamentally I’m a writer. What happened with this film was that Shira wrote the screenplay, which I loved, but whenever she showed it to other directors, they asked her to change it. They said there was something about the film that made it unclear what the genre was. But that’s exactly what I liked the most about the screenplay — it’s a sad comedy, or a funny tragedy, or a realistic fantasy, or a fantastical hyper-realistic story…. I liked the fact that you can’t really place the reality and it keeps shifting. But whenever Shira talked to other directors, they seemed to resent this. And at some point I said, “Why should you go to other directors? I can direct it!” And my wife said, “But you’re not a director!” And I said, “Oh no, I know how to direct!” My wife is very naive so she believed me, and that’s how we made the film. [He laughs.]

Did you and Shira have disagreements about how particular scenes should be shot?

Well, we argued a few times, but the good thing about being a couple is that you know how to argue! And when you live with someone and have disagreements, you find a way to work them out. But I must say, we had far fewer arguments than I expected. And I think it’s because Shira and I come from completely different places. Shira writes poetry and comes from the theater, and I write fiction and screenplays. So I am more plot-driven, I am always interested in the story and in the characters’ histories and future. And Shira is always more interested in the mise en scène and the way things are happening in the present. So when we looked at a scene, we looked at very different things — so each of us could add a different layer. And I think this was very helpful to the film.

“Jellyfish” is a very visual film — was this originally part of the screenplay, or did the visual texture emerge later during shooting and editing?

Some of it was discovered during rehearsals and shooting, but there was something about the screenplay from the beginning that made us feel there is space for visual interpretation, because of the way the story is being told — it’s not like it’s a crime movie and the whole time you are looking for the killer. It is a film that is based on some sort of composition, and we knew from the start that it’s not only a textual composition, but should be a visual one. And finding the right shooting, framing and pace for the film will be the only way of taking those three different stories and creating one world out of them, only through creating some sort of visual language. We knew that if we didn’t find that language, we wouldn’t have a film.

How did you go about casting for the film? Did you have particular actors in mind to play certain characters?

The actors we chose for the film come from very different worlds. For example, Zaharira Harifai, who plays the elderly lady, Malka, is a theater actor. Sarah Adler, who plays Batya, is a film actor. Ma- nenita de la Torre, who plays Joy, is not an actor at all — she is really a Filipina caregiver who looks after people with Alzheimer’s disease. We found her through auditions we held in the Filipino community in Israel. Many people came, and many of them were very talented. But with her, it was funny — when we tried to explain the script to her, she said, “You don’t have to explain the script to me, because this is my life. I haven’t seen my son in three years, I took care of a lady who I found dead. Everything that happens in the film happened to me, so you don’t have to explain to me how it feels, I know how it feels.” So it was very natural for her.

A Filipino character is not exactly who most people would expect to see in a film about life in Tel Aviv, is it?

Well, it is a film about Tel Aviv, but it deals with many more universal problems that the Western world is suffering from. In Israel, the fact that there are so many Filipino domestic workers taking care of elderly people shows that the children of today don’t want to take care of their parents. Ten or 20 years ago you didn’t need a foreign worker to take care of your parents. When they became old and ill you simply took them home. But now there is a feeling — like in the film — that everything is disintegrating and malfunctioning. The same way that Batya’s house is falling apart and is flooded with water, everything doesn’t seem to work — the police don’t seem to work, the parents don’t seem to function, the children don’t seem able to take care of their parents. And that’s when you need the Filipino workers to act as caregivers. And there is something very ironic about it. Because one child neglects his parents, he brings in a Filipina woman who has to neglect her own child to take this job.

You see Filipino workers everywhere in Tel Aviv, but you feel like they are almost transparent because nobody acknowledges them or takes care of their needs. So when Shira chose one of them as a character in the film, it almost made me feel sad. This is one person in Israeli society who needs to be represented. After all the talk of Palestinians and Holocaust survivors, there are tens of thousands of Filipino workers living among us who don’t really have any representation in our culture.

You and your wife Shira have spent most of your lives in Tel Aviv — what was it like shooting a movie in your hometown?

All the locations where we shot the film had personal meaning for us. The beach where we shot was where my father had a kiosk and sold ice cream when I was a young boy. The toy store that appears in the film is in the building where Shira and I first lived together. But when we worked on the film we made a very conscious decision not to take very wide shots, not to show the landscape. We avoided any shots that would reveal a specific landmark in Tel Aviv or an exact date — because we wanted the city to stay abstract, like the city in a fairy tale.

At the same time, we wanted to keep the nature of the city. And when you live in Tel Aviv you really feel like there is the sea and there is the city. And in some unconscious way they are in a war. It’s kind of a war between nature and manufactured reality, between the subconscious and rational, between concrete matter and liquid — you feel this clash. All the houses near the beach in Tel Aviv are starting to fall apart because of the effect of the sea, as if the sea is trying to drive them away. I think that this was something very dominant — I could smell the beach and the sea from every page of the screenplay.

Beyond just being a reference to the sea, is there a further significance to the title of the film, “Jellyfish”?

Shira started to write the “Jellyfish” screenplay based on a short story she once wrote about a little girl whose parents are arguing on the beach and don’t notice when their child — who’s wearing a lifesaver — is swept away by the water. And I think that’s the feeling during the entire film — a sensation of being in the water, and the water is taking you somewhere; it’s not like… you are swimming somewhere, but that you just sit in a lifesaver and feel like you are going in an unknown direction. You wonder what it’s going to be like, but it’s not your decision. And the whole transformation in the film is the characters’ realization that they must take control of their lives — or at least acknowledge the fact that they don’t.