An Israeli Author’s New Story, On the Big Screen 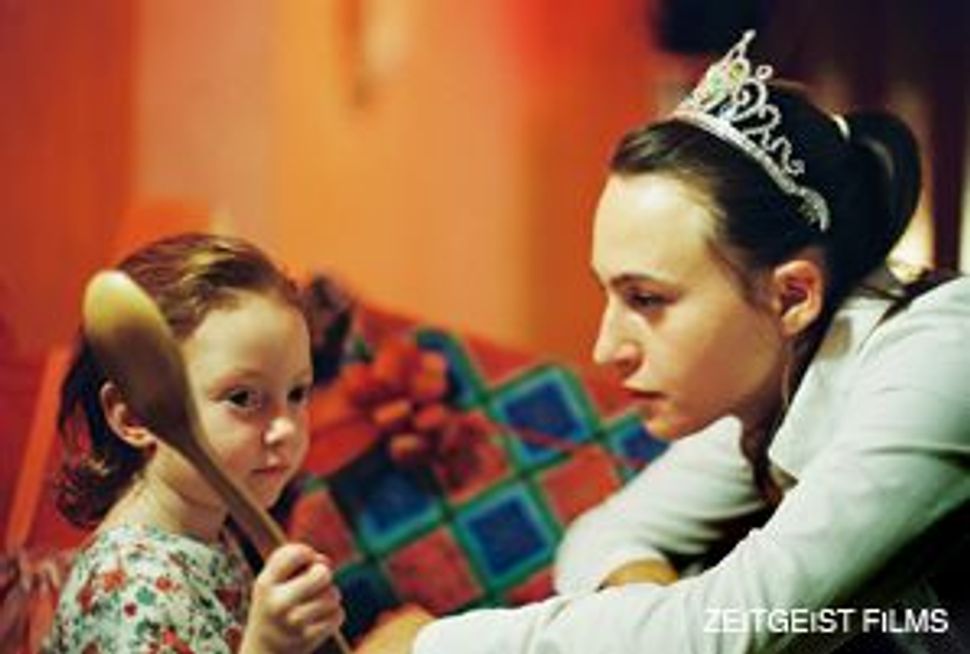 PERSONAL LENS: Nikol Leidman (left) and Sarah Adler are featured in the film ?Jellyfish,? which won the Caméra d?Or Prize at the Festival de Cannes in 2007.

Etgar Keret is well known as an Israeli fiction writer; now, he’s also an Israeli filmmaker. Keret and his wife, Shira Geffen, co-directed “Meduzot” (“Jellyfish”), an independent film written by Geffen. The movie won the coveted Caméra d’Or Prize at the Festival de Cannes in 2007 and opens in New York on April 4. 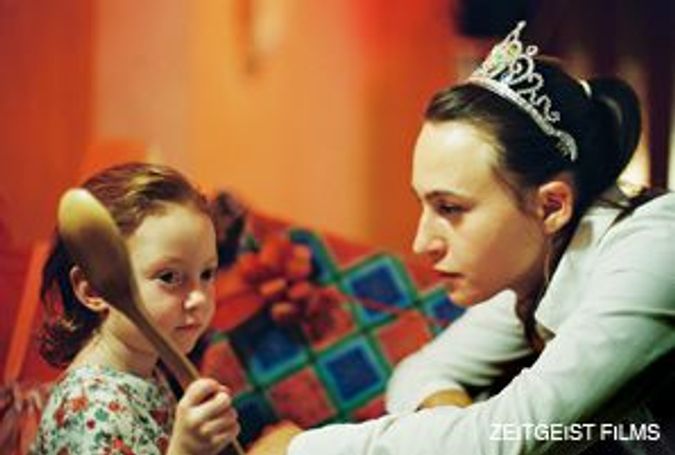 PERSONAL LENS: Nikol Leidman (left) and Sarah Adler are featured in the film ?Jellyfish,? which won the Caméra d?Or Prize at the Festival de Cannes in 2007.

“Jellyfish” weaves together the disparate stories of an Israeli bride married to a Russian immigrant, a catering waitress who takes in an abandoned child and a Filipina domestic worker. The film is set in Israel, but it isn’t about Israel in the conventional sense: Its realism is magical rather than geopolitical.

“I’ve seen Tel Aviv in many Israeli movies: the Tel Aviv of terrorist attacks, of political tensions,” Keret said, noting that his depiction of Tel Aviv — a city of flooding apartments, lost children, bells of ice cream trucks and hidden poetry — is very different. “If you ask me which one is more real, that one or the one that we portray… well, it’s a tough question for me.”

He added: “The fact that there are bombings doesn’t mean the other Tel Aviv doesn’t exist. You fall in love, you’re lonely, your landlord raises the rent. That’s how you live your life. That is real, too.”

In fact, “Jellyfish” is intensely personal for Keret. He grew up on the beach where the film was shot, and his father, who ran a kiosk by the shore, appears on screen as an ice cream vendor. Even his son, Lev, born during the last few days of shooting, makes a cameo.

“So this isn’t a fictitious, metaphorical space: We were shooting the film in my backyard,” Keret said. “It’s true that the film is kind of fantastic, poetic, abstract. But at the same time, it’s very biographic, very emotional.”

The film’s poetic, rather than prosaic, reality resonates with viewers, as the Cannes prize attests. While “Jellyfish” confronts large ideas in its sweet stories, it doesn’t tackle themes — such as parental displacement and the nature of romantic love — as much as it floats through them. Each scene’s beauty is a deliberate testimony to the ephemerality of life, for good or bad. One protagonist, Batya, becomes an inadvertent mother to a lost girl, while Batya’s own mother runs a charity and is the collective mother to all Israel — except her own daughter. Wherever your parents’ experience, Batya says at one point in the film, “everyone is second generation of something.”

“It’s not a criticism of parenthood as much as it admits an inherent failure in the mechanism,” Keret pointed out. “I have a child. I know that I’m going to damage his life, one way or the other.”

Farrar, Straus and Giroux in the United States will publish Keret’s newest short story collection, “The Girl on the Fridge,” April 15, only days after the film’s stateside release.

“I’m wearing two completely different hats,” Keret said, laughing at his one-size-fits-all press junket. “If you ask me which one is more me, the film or the book, it’s a really tricky thing for me. ‘Jellyfish’ is not me — it’s Shira and me, it’s us.”

An Israeli Author’s New Story, On the Big Screen