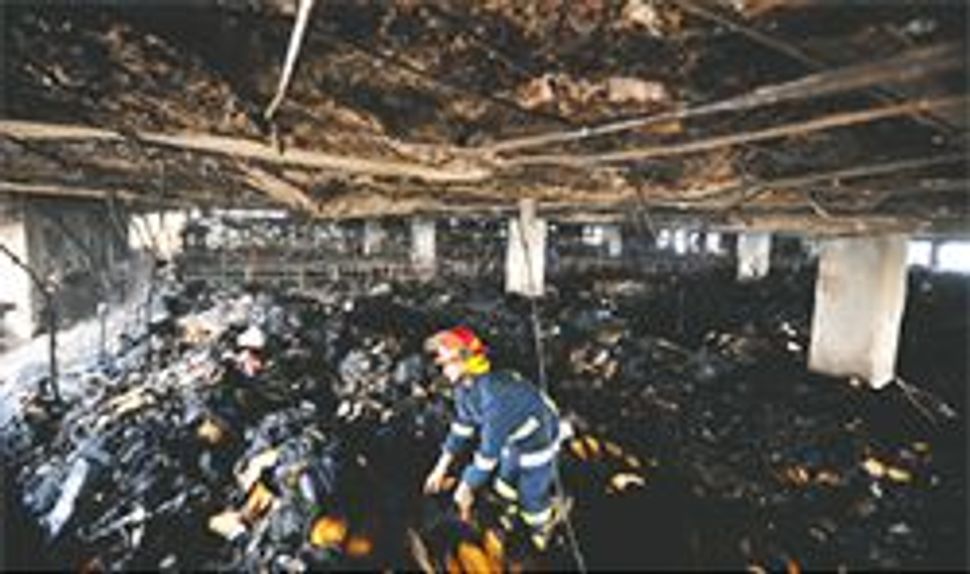 Horror: The aftermath of the fire at Ha-Meem Group garment factory in Bangladesh, which took the lives of 29 workers. Image by Getty Images

The details sound eerily familiar. A fire on the ninth floor of a garment factory. Workers trapped behind exits locked by their employers. Cornered by flames that began raging after a pile of clothes caught on fire. And the horrific choice: jump to their death or be burned alive.

The only big difference was the number of dead. At the Triangle Shirtwaist Factory Fire in 1911, 146 lost their lives. At this fire, 29 died and almost 200 were injured.

Also, this second fire was last December, in Bangladesh.

We look at the events that took place 100 years ago and they feel so distant from our reality. We assume that the conditions that led to such catastrophe couldn’t possibly exist today. But in many other parts of the world, the garment industry is still an incredibly dangerous, abysmally paying world in which workers are often abused.

“There are a lot of parallels with the garment industry in Bangladesh,” said Kevin Kolben, an assistant professor at Rutgers University, who specializes in international labor law. “You have bosses treating their workers in pretty oppressive ways that are similar to back then. In many factories, people are working in the top floors of tenements with gated windows, no air conditioning, no ventilation, for most of the day and for very little pay.” 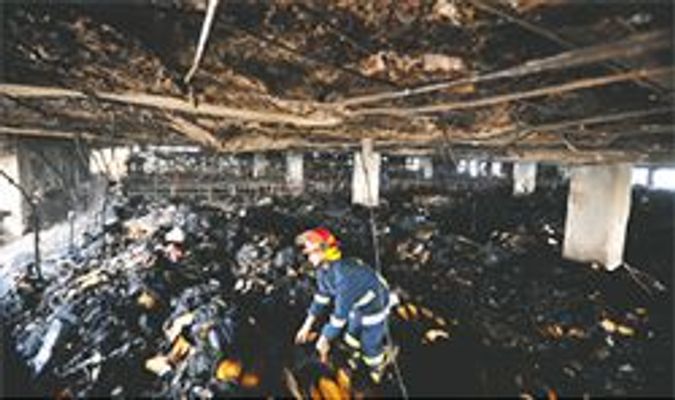 Horror: The aftermath of the fire at Ha-Meem Group garment factory in Bangladesh, which took the lives of 29 workers. Image by Getty Images

Bangladesh offers the most telling example of just how little has changed. The garment industry there accounts for more than 80% of the country’s exports. The industry functions mostly out of unregulated and unsafe factories that employ more than 3 million Bangladeshis in the slums of Dhaka, the capital. This is where the shirts that end up on our backs are produced. Few Americans realize that 97% of our clothes are manufactured abroad and that Bangladesh is increasingly the source. In 2010, imports from Bangladesh to the United States grew by 16%.

The fire in December took place in a factory owned by the Ha-Meem Group of Bangladesh, which employs 5,000 workers, mostly women, who make pants for customers in the West. The GAP was one of its biggest suppliers of business. In fact, 400,000 pairs of children’s dungarees destined for their stores were destroyed in the fire. The incident followed an earlier fire in February 2010 at another Bangladeshi factory that produced clothes for the popular H&M clothing chain.

The basic problems that led to the 1911 fire are still present today and, in some ways, are getting worse. We just don’t see them anymore.

“We’ve actually gone backwards,” said Charles Kernaghan, executive director of the National Labor Committee. “The Triangle fire led to an incredible burst of union activity and a change of laws. You could say those people did not die in vain. What happened in Bangladesh? No outrage, nothing.”

Kernaghan also pointed out that when you adjust for inflation, the workers killed at the Triangle factory were making the equivalent of $3.18 an hour. Most Bangladeshi workers are making no more than their country’s allotted minimum wage for garment workers: 21 cents an hour.

What Bangladesh is experiencing today is the result of recent developments forcing it to compete at breakneck speed.

In 2005, the World Trade Organization ended a 30-year-old quota system that had guaranteed Bangladesh a certain percentage of the global garment trade. In the years since, Bangladeshi factories have had to compete against giants like India and China, and they have done so by trying to offer even cheaper prices for production. The result has been a sharp increase in Western retailers and clothing brands buying from Bangladesh in recent years. From 2004 to 2009, the nation’s exports of clothes nearly doubled. But the workers have suffered as a result.

Attempts to improve conditions have been halting. This past summer, largely as a response to pressure from Western advocacy groups and protests at factories, a government oversight board announced a doubling in the minimum wage for garment workers. The pay is now 3,000 taka a month, or about $43, up from 1,662.50 taka, yet still far less than what workers’ associations were demanding.

Observers can see the manic growth in the industry just by looking at the buildings themselves. Judy Gearhart, executive director of the International Labor Rights Forum, said that a tour through Dhaka makes the problem very clear. Buildings that may have been constructed under regulation now have haphazardly added floors to meet the increased demands, placing workers in unsafe conditions. Gearhart said that the roofs of many of these factories have exposed metal rods, in readiness for addition of another floor when needed.

The poor, slapdash construction is a fitting metaphor for the industry, she added.

“The garment sector grew up without really good government enforcement structures in place,” Gearhart said. “On top of that, there was no mechanism for the worker’s voice, no way to establish fair and decent terms, because there was no opportunity to sit down at a bargaining table as equals.”

If one of the legacies of the Triangle fire has been the need for stronger unions, it’s a lesson that has not reached Bangladesh, according to Kernaghan of the National Labor Committee. Unions there were illegal until recently, and there is still no chance for collective bargaining. Currently, 60 unions operate in Bangladesh, representing no more than 100,000 workers out of the 3 million employed by the industry. The only concession the government has made is to allow the formation of “participation committees.” But these don’t have the power to negotiate with factory owners.

When improvements are made to working conditions, they are often the result of pressures on the Bangladeshi government and manufacturers by Western buyers, activists and governments. According to Kolben of Rutgers, the scrutiny of the garment industry has led to some changes in health and safety standards over the last 15 years. But without effective unions, these moves will happen only slowly and without input from workers.

“There are a lot of different pressures working on Bangladesh, demanding they make improvements,” Kolben said. “But those forces need to also prioritize freedom of association; otherwise, there is an important piece missing.”

The Triangle fire also made clear that the more disconnected retailers become from how their clothes are manufactured, the less accountable they will feel. If in 1911 the production was one step removed from the retailers, it now exists — literally — on the other side of the world.

Most major retailers deal only with design and marketing, according to Gearhart. The actual making of clothes is contracted out and now even subcontracted to such an extent that a company like Wal-Mart can claim it is impossible to keep track of the conditions under which the workers who make their clothes are toiling.

Trying to police all the various elements of the supply chain can prove impossible. When a small Bangladeshi factory employing women working in severe conditions is subcontracted to do a little embroidery on shirts destined for the West, the women’s work can often remain unknown to the retailer who ends up displaying those shirts on their racks.

This is another way that not only the labor, but also its ethical implications have been swept out of sight.

“There is a very strong moral and political argument that says we are responsible for exporting these working conditions, because we more or less unconditionally accept the realities they lead to,” said Lee Adler, who teaches public-sector collective bargaining and employment law at Cornell University. “By drawing on this unregulated market as a cash cow, we are responsible.”