Garment industry sweatshops are hardly a thing of the past in New York City: They are a feature of commerce today. The New York State Department of Labor has found it necessary to maintain particular vigilance for several decades, founding the Apparel Industry Task Force in 1987 to monitor the city’s largest manufacturing sector. Today, that task force has a staff of 30, including multilingual investigators, who also comprise the Fair Wages Task Force. The chief of both units, Lorelei Salas, director of strategic enforcement, said that their missions overlap because “the same conditions you find in the garment industry, you can find in other low-wage industries.”

The Triangle Fire: A Working Legacy

Watch a video tour of where the Triangle Shirtwaist Factory Fire took place 100 years ago. Chris Connor, a retired New York City fire marshal, discusses what went wrong on March 25, 1911, and the enduring legacy of the deadly fire. 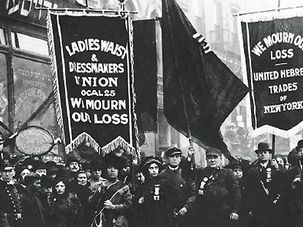 Amid the hundreds of commemorations of the Triangle Shirtwaist Factory Fire that are taking place this month in New York City alone, there is something worth pondering before it gets lost: The Triangle fire turned what was considered “a Jewish problem” into a national symbol of reform, and helped move Jews from the margins of society into the mainstream. 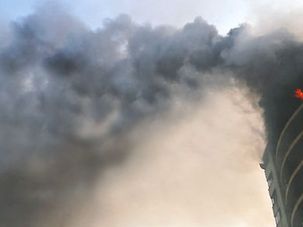 The details sound eerily familiar. A fire on the ninth floor of a garment factory. Workers trapped behind exits locked by their employers. Cornered by flames that began raging after a pile of clothes caught on fire. And the horrific choice: jump to their death or be burned alive.