A Case for Schlepping the Kids 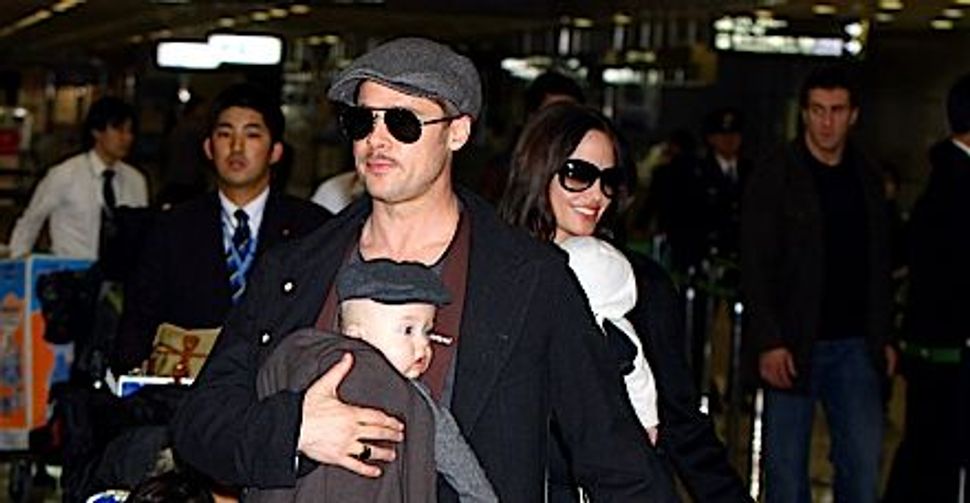 I think the Jolie-Pitts have got it right — Angelina and Brad, that is, and their enormous brood — in their jet-set outlook, in their joie de vivre, in the stir-it-up way they approach international child rearing. Could any other six children in the world claim such experiences?

Granted, the majority of us don’t have the money for that kind of lifestyle. But still, maybe the money isn’t the only thing holding us back. 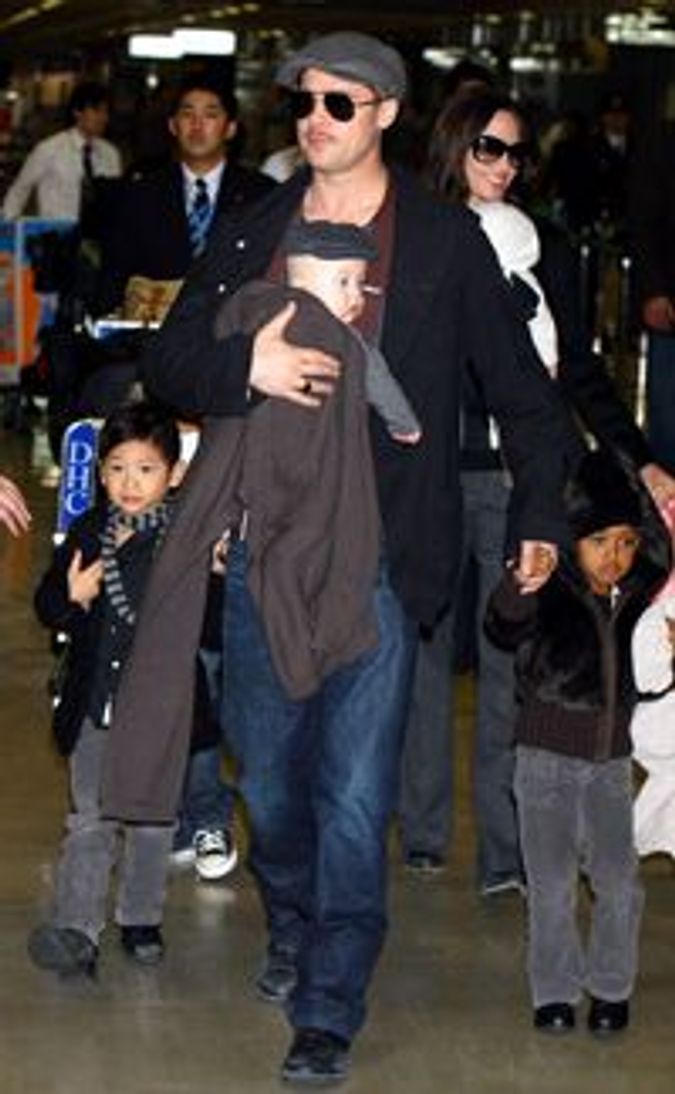 BABIES IN TOW: Superstars Brad Pitt and Angelina Jolie race through an airport with their ever-exanding brood. Image by Getty Images

In 2008, when I was pregnant with my daughter, Orli, I spent four months in Berlin. I’d won a grant to go, and I really, really wanted to write the stories I was sent to report. But I panicked as I packed: Did I really want to be alone and pregnant? But if I didn’t go, what if I never traveled again? Irrational for sure, but the modeling I saw wasn’t inspirational. People tend to fear the idea of kids on planes, both as parents and as travelers. (Who hasn’t shuddered to see babies in the row ahead?) Parents tend to feel wedded to baby’s schedule. Flights are expensive. The list goes on. But strangely, being pregnant in Germany turned out to be wonderful. I felt as if I wasn’t actually traveling alone, that I had a companion with me all the time. I joked to people that I was growing a little Jew. Not everyone thought it was funny.

Not long after the trip, I returned to the States and gave birth. But I was antsy. To push us to get back on a plane, passports in hand, I got myself assignments in Spain, where my partner, Ian, and I had lived for some years prior to my pregnancy. So when Orli was 5 months, just after she got her second round of vaccinations, we set out for three weeks.

Two years have passed since that trip. And in May we took Orli back to Spain. Now fully a toddler, she began to tell the people we met that she “lives on the plane.” She ate crazy (for kids) foods, like briny olives, anchovies and fried sardines. She shouted, “Hola!” at everyone we met, and, “Shoes off! Shoes off!” every single time we saw a fountain. Halfway through the trip, she fell off the bed in one of our hotel rooms, gashing her head and sending us all to the emergency room of a tiny, 17th-century town for stitches.

And yet, we all survived. Even I. (Though the joke of the family is now that I looked more stricken than Orli during the accident.) The “boo-boo” story became a recurring tale. And I realized that the things I’d worried about hadn’t happened, and something I hadn’t thought to consider had. And yet, here we all were, in one piece. Doing fine. Indeed, I wouldn’t have wanted to take the trip without Orli or Ian; we were a team, the three of us. And if Orli tagging along meant we didn’t hit the bars that we otherwise might have, well the euro is too high against the dollar anyway.

Last summer, also with Orli in tow, I ran into Kayt Sukel, a partner at travelsavvymom.com, at a travel writers conference in Quebec. Sukel has dragged her son, Chet, now 6, around the world and back again, writing about their adventures since he was 6 weeks old. I later asked her if we underestimate our kids. “I’m not sure if parents underestimate their kids so much as they underestimate their own ability to keep things under control in a novel environment,” she said. “Either way, I think it’s a shame. My son is also a champion — he’s a great traveler now, and can roll with the punches. But that is a learned, not an innate, trait.” Sukel noted she doesn’t like to go for more than two days without her son, and besides, she prefers traveling with him. “He’s my little ambassador, and I find more locals talk to me and interact with me — even, at times, inviting us to their homes — all because I’m a lone woman with a kid. The trade-off, of course, is sleeping in and having a few cocktails at the hotel bar in the evening, but I’ll take it.”

Sukel is far from the only mom travel blogger out there. I like Tracy Burns, who runs ourtravellifestyle.com about an Aussie family schlepping their 4- and 6-year-old kids around Asia. “Kids that young really just want the undivided attention of their Mum and Dad,” Burns wrote in a recent post titled, “Traveling With Two Kids Under 6, Insanity or Great Idea?”

At maiaaboard.blogspot.com, Diane Selkirk, a Canadian mom-on-the-road whom I met at that same Quebec conference, writes about her travails with her 9-year-old on the boat they’re sailing around the world. (Currently it is docked in French Polynesia.) “Somehow we’re raising a kid for who the extraordinary has become ordinary,” Selkirk worried in a post recently, noting that her son hadn’t raised a brow upon seeing a skeleton or diving into a coral reef that most of us will never be privileged to see.

But not all of us can pack it all up for a month, let alone a year or two. That’s why I liked Sukel’s insights so much. And then she added something incredibly wise, something I hadn’t really considered, but now completely embrace. “Parenting,” she said, “has made my travel life better. It gives me a different point of view on the world — and, as I said, provides an entrée into places I wouldn’t be invited on my own. And I think traveling with my son has made me a better parent in that it makes me more adaptable. It makes me understand my son’s limits more… and take setbacks in style. It’s a parenting lesson I might not have learned as fast or as well from the comfort of my own home.”

Sarah Wildman writes about the intersection of culture, politics and travel for The New York Times and Politics Daily.

A Case for Schlepping the Kids