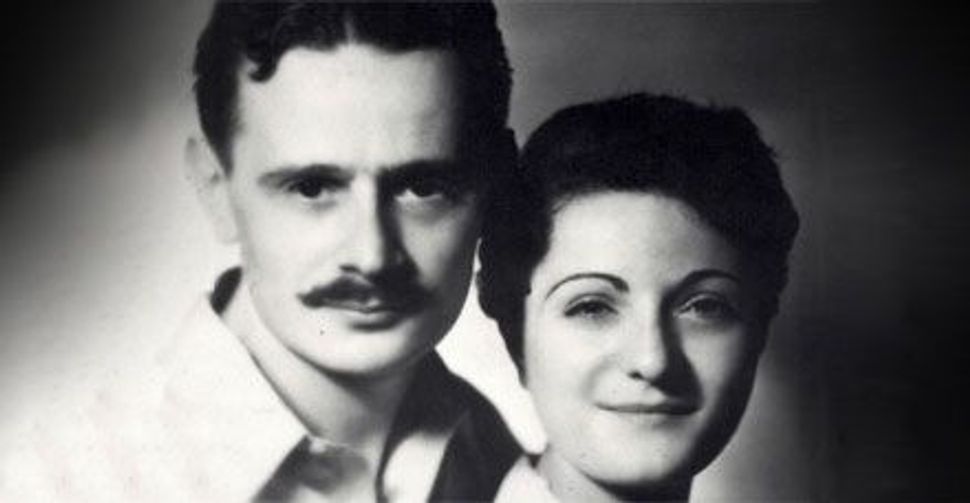 Image by courtesy of meeropol family

January marked the 75th anniversary of the original publication of “Bitter Fruit.” The poem evolved into the song “Strange Fruit,” which was made famous by jazz legend Billie Holiday and was named best song of the century by Time magazine in 1999. But its author and composer, Abel Meeropol, is largely forgotten today. 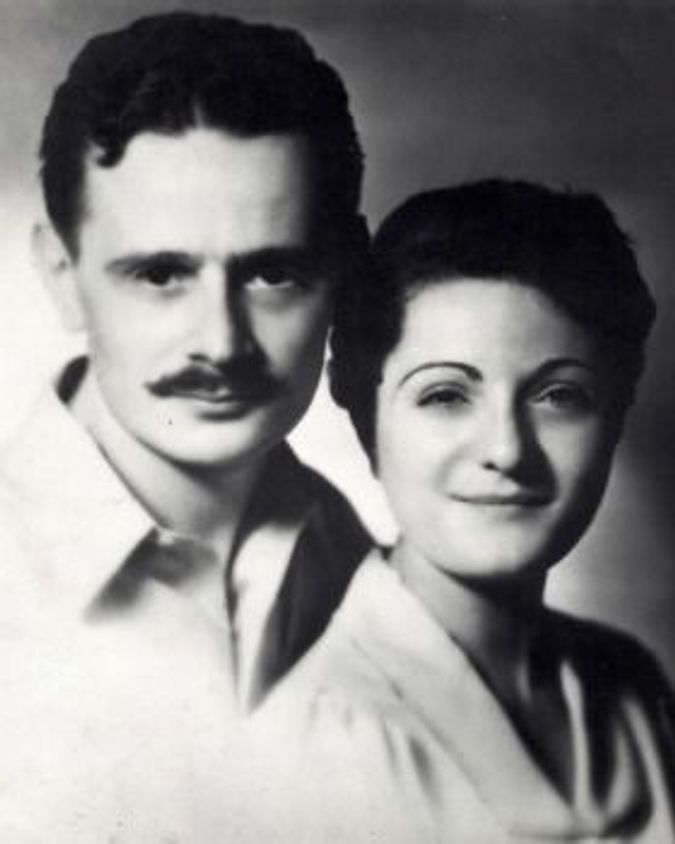 “Strange Fruit” was nothing short of revolutionary for its time. Shortly after publishing the poem, Meeropol set it to music. Several artists performed the song live before he introduced it to Holiday in 1939, at New York’s famed Café Society. In an era dominated by saccharine torch songs, “Strange Fruit” was a scathing indictment of race-related violence in America; no less unusual because it was delivered by an unrepentantly defiant African-American songstress. The story that is still not properly understood is how it originated from the imagination of a Jewish schoolteacher from New York.

Meeropol was born in 1903 to Russian Jewish immigrants. He completed his studies at City College of New York and Harvard University before taking a job in 1926 teaching English at his alma mater, Dewitt Clinton High School in New York. Meeropol became active as a writer and as a member of the Communist Party during that time. Many of his early songs were contributions to leftist arts organizations and theater companies in the 1930s. He published many of his works under the pseudonym Lewis Allan, believed to be an amalgam of the names that he and his wife, Anne, intended for their two stillborn children.

In addition to “Strange Fruit,” Meeropol penned other hit songs, including “The House That I Live In,” made famous by Frank Sinatra, and Peggy Lee’s hit “Apples, Peaches and Cherries.” He and Anne are also known today as the adoptive parents of two children, Michael and Robert, who were orphaned when their birth parents, Ethel and Julius Rosenberg, were accused of stealing atomic secrets for the Soviet Union and executed.

The poem “Bitter Fruit” was first published in the union journal The New York Teacher, though it is widely and incorrectly believed to have been published in the Marxist publication The New Masses. According to Robert Meeropol, the political anthem was inspired by a photo of the 1930 lynching of two Indiana African-American men, Thomas Shipp and Abram Smith:

Southern trees bear strange fruit,
Blood on the leaves and blood at the root,
Black body swinging in the Southern breeze,
Strange fruit hanging from the poplar trees.

Robert recalled: “[My father] was a ferocious anti-racist. He once wrote: ‘I wrote Strange Fruit because I hate lynching… and I hate the people who perpetuate it.’”

Those sentiments, and Meeropol’s anti-racist orientation, were deeply rooted in his Jewish identity, said Michael Meeropol. Abel Meeropol even wrote of the intersection in a short poem, entitled “I Am a Jew,” that recurs in several works throughout his oeuvre:

I am a Jew,
How can I tell?
The Negro lynched
Reminds me well
I am a Jew.

Like most of Meeropol’s life and work, “Strange Fruit” was unabashedly political in its ambition. Scholar Nancy Kovaleff Baker notes that, after two failed attempts in Congress to pass an anti-lynching bill (in 1919–22 and in 1934–36), copies of the song were circulated to 96 senators “accompanied by a letter urging passage of the bill so that treatment of minorities at home would not diminish American influence abroad.”

The song and its anti-lynching message even got swept up in the anti-Communist fever of McCarthyism. Michael Meeropol recalled: “When Josh White was called by the House Un-American Activities Commission, he was grilled about singing such an ‘anti-American’ song — and he agreed that it would be inappropriate to sing it abroad.” Later, his father was summoned before the Rapp-Coudert Committee, a New York State version of HUAC. “He was asked if the Communist Party had told him to write ‘Strange Fruit,’” Michael explained.

In the few years following Time magazine naming “Strange Fruit” the best song of the century, interest in the song peaked. In 2001, David Margolick published the book “Strange Fruit: The Biography of a Song,” which focused largely on the song’s importance in Holiday’s career and on how it intersected with her descent into addiction and self-destruction. Margolick’s book was followed a year later by Joel Katz’s documentary “Strange Fruit,” and by Baker’s article “Abel Meeropol (a.k.a. Lewis Allan): Political Commentator and Social Conscience,” which provides a scholarly examination of Meeropol’s archives.

Holiday herself is largely responsible for Meeropol’s reputation not surviving with the song’s. In her ghostwritten autobiography, “Lady Sings the Blues,” Holiday took credit for writing the music, saying that the “germ of the song was in a poem written by Lewis Allen [sic]” and that he “suggested that Sonny White, who had been my accompanist, and I turn it into music.”

Although Meeropol petitioned to have this falsehood corrected in subsequent printings of the autobiography, the myth of “Strange Fruit” as Holiday’s composition persists. Robert Meeropol said that “Billie Holiday’s false claim to have set his poem to music clouded [Abel’s] feelings about the life of the song. He took legal action and got her to admit that the claim in her ghostwritten autobiography was wrong, but the myth Billie created survived her.” Michael Meeropol added, “Our father always shook his head and noted that Ms. Holiday was ‘a sick woman.’ He meant a drug addict, but perhaps was being delicate for our ‘young’ ears.”

But, even if he’s largely forgotten today, his legacy shows us that one chilling motif can wake the slumbering masses and spark change. “Strange Fruit” continues to be recorded by such superstars as Sting, Tori Amos and Cassandra Wilson. And last year, Meeropol’s name was added to the American National Tree — an exhibit at the National Constitution Center, commemorating “100 Americans whose actions have helped write the story of the Constitution” — ensuring the survival of his legacy.

Harold Heft has taught Literature and Cinema at the University of Western Ontario and at the Hebrew University of Jerusalem. He is executive vice-president of philanthropy and communications at the North York General Hospital Foundation.