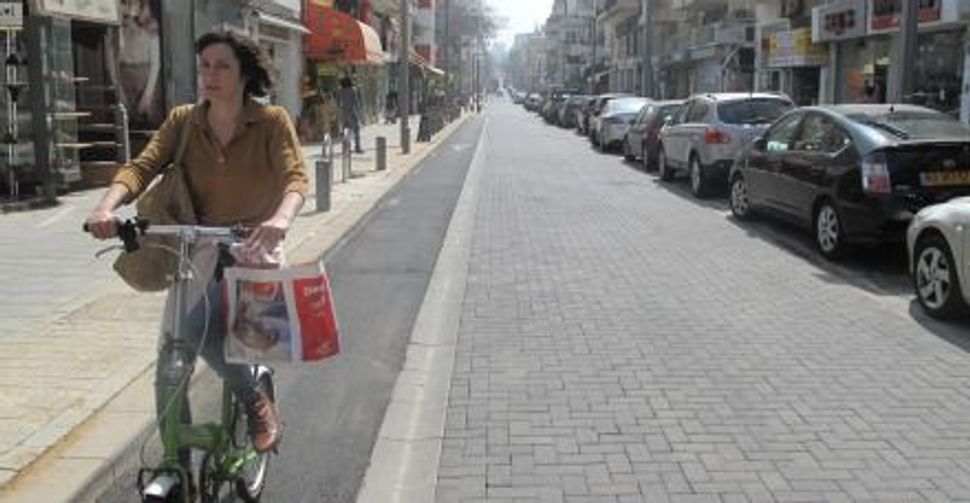 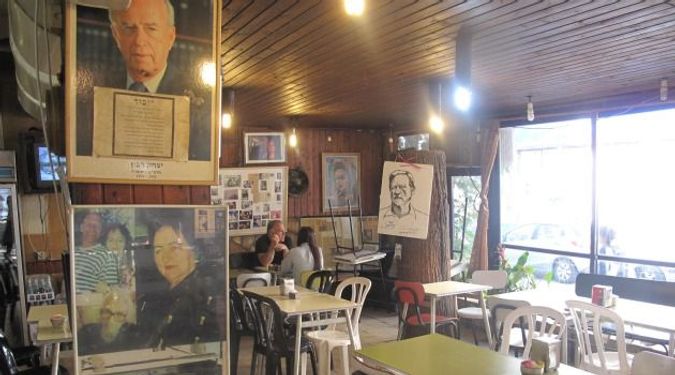 Bohemian Haunt: Tel Aviv?s Sheinkin Street has long been a home to colorful hole-in-the-wall spots. The municipal authorities want to spruce it up, but old-timers smell a rat. Image by gil shefler

Sara Stern recently sat outside Sheinkin Street’s storied Cafe Tamar, which has been serving poppy seed rugelach and creamy cappuccinos to Tel Aviv’s local literati since 1941, and braced for the battle ahead.

“The mayor was here earlier this week,” the blue-haired, 87-year-old proprietor said. “He asked for my approval to renovate the street. I told him, ‘Over my dead body.’”

An old-timer with a handlebar mustache sitting at an adjacent table, part of a colorful group of Cafe Tamar devotees, chimed in to the conversation.

“We’ll all lie down in front of the tractors before we let that happen,” he said.

The two were referring to a plan by City Hall to begin the second phase of a renovation, just after Passover, of a street that has been the heart of hip Tel Aviv for decades. They feared that the expected disruption of business might force establishments like Cafe Tamar, which contribute to Sheinkin’s unique character, to close. With over a dozen shops shuttered along the once prime location, the fears are not without justification.

Sheinkin is to Tel Aviv what St. Marks Place is to New York City’s East Village: a bohemian playground where poets, posers, fashionistas and Rastas have met and mingled for years. But recently the area has undergone considerable changes. It’s not quite gentrified; small businesses — designer boutiques, cozy cafes, falafel joints and crowded kiosks — still outnumber international outlets, like Nike and Diesel, that have set up shop. But almost all agree it has lost some of its luster because of high rents and the rise of other trendy neighborhoods, like nearby Florentine.

“It’s just not what it used to be 15 years ago,” said Ido Nuri, owner of The Bold and the Fruitful, a juice store on Sheinkin. “It needs a new shtick.”

Last November, it tore up the lower section of Sheinkin between Allenby and Melchett streets and gave the street a badly needed facelift.

When the street reopened on April 2 — just in time for Passover — it sported a new look. Gone is much of the grit that was also part of its old glory. The car lane is paved with neat gray cobblestones imported from China; the pavement is wider and can accommodate more pedestrians; spaced LED lights line the sidewalks, and there is even a bike lane.

In addition, on Tuesdays and Fridays, Sheinkin will close to vehicular traffic and turn into an open market.

The renovation marks a welcome change for some, including Tomer Yaron, owner of eyewear store Mishkafei Sheinkin, who was full of praise for the municipality’s initiative.

“It looks very European,” he said. “Hopefully this will bring in more shoppers and tourists.”

But not everyone is as enthusiastic, despite a municipality representative’s claim that the renovation will bolster business once it’s completed in early 2013. Chaim, the ultra-Orthodox owner of a Judaica store who asked not to give his full name, predicted that the renovations will do little to rejuvenate the neighborhood or to bring customers to his store.

“I’ve been here for a long time,” he said, “and in my opinion, things will stay exactly the same as they were.”

But few things stay the same for long in a restless place like Tel Aviv. From modest beginnings, when it was founded as a suburb of the nearby port of Jaffa in 1909, the city grew at breakneck speed — especially after waves of Jewish immigrants arrived following the creation of Israel, in 1948. The Gush Dan metropolitan area, with Tel Aviv at its center, is now home to more than 3 million people.

Sheinkin Street received its name in the mid 1920s, when Menahem Sheinkin, an early Zionist leader, died in a traffic accident in Chicago. There is a Sheinkin Street in almost every large city in Israel, but nobody confuses those with the one in Tel Aviv.

One of the street’s unusual features is the presence of a small but robust ultra-Orthodox community living in the center of predominantly secular Tel Aviv.

“When Rabbi Aharon Rokeach came to the country, in 1944, he decided to make his home here in Tel Aviv rather than the city of conflicts, as he called Jerusalem,” explained Yakir Lenes, a 30-year-old unofficial spokesperson for the community.

Despite drastically different lifestyles, and in stark contradiction to other parts of the country, relations between the secular and religious in the neighborhood remain relatively good.

“When Rokeach heard cars driving on Shabbat,” a violation of Orthodox Judaism, “he would dismiss it, saying, ‘That must be a mother in labor being taken to hospital,’” Lenes said.

Sheinkin became synonymous with cool in the 1980s, when artists, journalists and the gay and lesbian community made it their own.

Gal Uchovsky, an Israeli journalist and gay rights activist, helped popularize the street in his articles and in his screenplay for the 2006 movie “The Bubble,” which offered a romantic take on life on Sheinkin. But unlike others interviewed for this article, Uchovsky was surprisingly less nostalgic for its past and less gloomy about its future.

“Nothing is the way it was 15 years ago,” he said. But he stressed that “now, after the renovations, it’s better.”

He said the spirit of the street remained robust, and called Stern’s fear about the imminent closure of Cafe Tamar “preposterous.”

Back at Cafe Tamar, Stern doted over her youngest customer — the great-grandson of assassinated prime minister Yitzhak Rabin — offering him a piece of candy. The boy’s mother, author Noa Ben-Artzi, one of the cafe’s regulars, looked on from afar, approvingly.

“Who knows what will happen in the future?” one of the waitresses said. “But when [Stern] goes, it will probably be the end of this place.”

For all the bellicose rhetoric, it is doubtful that Stern, who served in the British army during World War II, and her loyal brigade of Cafe Tamar troops will put up a fight when construction workers show up to renovate the rest of the street after Passover ends. But whether Rabin’s great-grandson will get to nosh on soft rugelach and sip bitter coffee at the 71-year-old institution when he grows up remains to be seen.