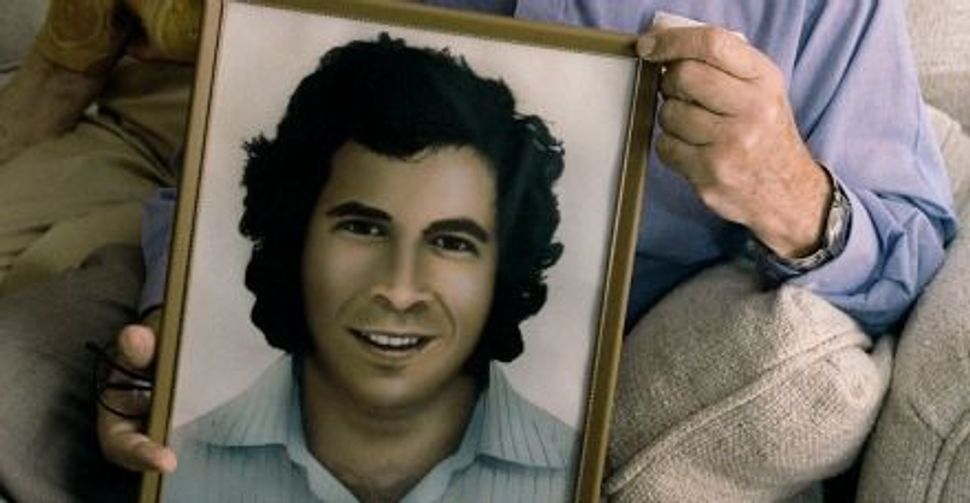 September 5 was meant to be something of an annual holiday in Michal Shahar?s family. 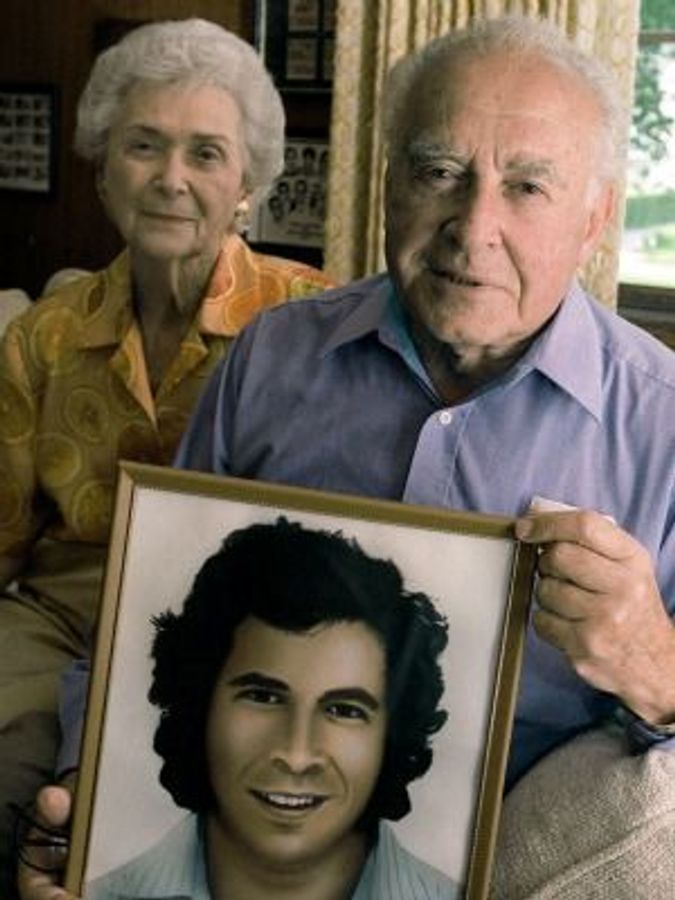 It was the date that she moved with her parents to Israel from Romania in 1963. Nine years later, they planned a double celebration: Her father, Kehat Shorr, was representing his new nation at the Olympics that day, coaching the shooting team.

But on September 5, 1972, Shorr was taken hostage by Palestinian terrorists in the Israeli team?s Olympic quarters; the next day, he was killed. His family lost not only a husband and father, but also the ideologue who had brought them to Israel.

?My father was a very patriotic Zionist, and we tried for years to come to Israel,? Shahar said, recalling how the communist authorities in their native Romania repeatedly barred their exit.

In contrast to Kehat Shorr, David Mark Berger came to Israel for pragmatic reasons. The Ohio-born Jewish weightlifter knew that he would have a better shot at going to the Olympics if he competed for a spot on the Israeli team, given the country?s smaller pool of world-class competitors.

Berger was the only American-born Israeli in the group of 11 athletes, all of whom died in Munich.

Just as each athlete traveled a distinct path to Israel?s 1972 Olympic team, each of their families was left to wend its way through the grief. Forty years since the event that bound together their lives, the families of the Munich 11 have processed their common loss differently. For some, the event might as well have been yesterday. For others, the ensuing decades have brought the distance necessary to go on.

?For a lot of years at night I couldn?t sleep,? Shahar said, in her Tel Aviv apartment. ?I was always up thinking through all sorts of scenarios, like maybe something else happened, and nonsense thoughts like maybe he?s still alive.?

At the time of the tragedy, Shahar was a 21-year-old newlywed. Though hit hard, she pushed on to obtain her mathematics degree. She became a high school teacher and, eventually, a principal.

Shahar is very much her father?s daughter. She shares his adeptness for languages, explaining in perfect English that she never took lessons and instead taught herself by reading English books. Shahar studied mathematics because of her father?s interest in the subject; and she even followed his passion in deciding where to spend most of her teaching career: at the Navon gymnasium, in Tel Aviv, a sports and science school. ?I?m sure it was because of my father ? sports has always stayed very close to my heart,? she said. 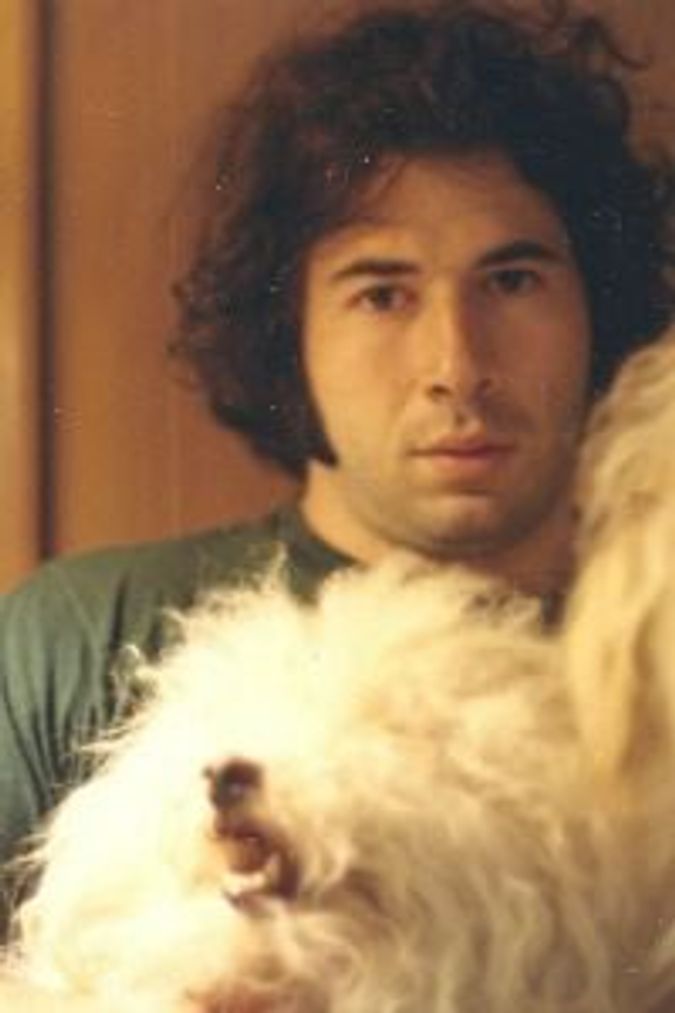 Image by courtesy of berger family

She retired last year, but for more than three decades Shahar has used her professional post to memorialize the Munich victims. The annual schoolwide sports contest at Navon is dedicated to them, and during exchange trips with German schools she gave talks about the massacre. Her son, Kehat, is named after her father; she also has a daughter, Adi.

In discussing the massacre, Shahar raised her voice only once: when recalling the Palestinian Authority?s praise of its perpetrators, such as the mastermind, Abu Daoud, whom P.A. President Mahmoud Abbas commended on his death, in 2010. ?It makes me burn inside,? she said.

Ilana Romano cuts a sharp contrast to the calm Shahar. ?It?s very hard to interview. It?s like a flashback,? the widow of weightlifter Yossef Romano said in her Tel Aviv home. At another point, flustered, she stopped the interview to find her cigarettes in another room. For her, even seeing the emblem of the Olympics is painful. ?It makes my blood drip,? she said.

Romano is on a mission. Shahar would like a minute?s silence for the Israeli victims to be observed in London, but she views the campaign for this as a worthy commemoration in itself, even if the International Olympic Committee continues to refuse. After all, an online petition has gathered more than 80,000 signatures; the U.S. Senate passed a resolution calling for a minute of silence, and prominent politicians in America, Canada, Australia and Britain have backed the call. ?I think that?s the important thing ? not the minute, but that everyone is talking about it, and that we didn?t let anyone forget about it,? she said.

?They died on Olympic ground in the context of competing in the Olympics. The fact that the Olympic Committee is not remembering them as its children is an antithesis [of the Olympic spirit],? she said.

The State of Israel, which will hold a memorial ceremony in London, has continued to honor the memory of the Munich 11, she said, as has the Israeli public. But for Romano, the campaign is part of a promise she made to her children, ages 6 years, 4 years and 6 months at the time of the massacre. ?They asked, ?We?ll never see Daddy again?? and I said ?Yes? and told them the real story. I promised them that their father?s memory will never be lost and we?ll tell the story of their father and his friends forever. After all these years, I stand on my promise.?

In her private life, she has delivered on the pledge. Her whole family, including her daughters and eight grandchildren, ranging in age from 5 to 18, gather at her husband?s grave on the yahrzeit and on Israel?s Memorial Day. When he was 3, the youngest grandson said: ?I don?t understand. We always go to Grandpa, but he never comes.?

David Mark Berger?s family has also spoken about the incident publicly, dedicating a statue at a Cleveland-area Jewish community center in their son?s honor and naming the weight room at Shaker Heights High School after him. But when it came to discussing the Munich massacre at home, the conversations came slowly. ?We didn?t really talk about it that much,? said his sister, Barbara Berger, who was 22 at the time of his death. ?It was something that made my parents uncomfortable.?

The summer before the Munich Olympics, Barbara Berger visited her brother in Tel Aviv, where they rode his motorcycle and cooked together, getting to know each other as adults for the first time. Her parents became aware of his death when NBC sportscaster Jim McKay delivered the news on national television.

Barbara Berger?s 29-year-old daughter, Dalit Gulak Wolfe, said that she and her brother, David Gulak are both named after their fallen uncle, and that they learned about their Olympian namesake from their mother and their grandparents. They stressed David Berger?s accomplishments instead of his death, Gulak Wolfe said.

Her grandfather, a doctor, filled his office with his grandson?s medals and various diplomas. He had a bachelor?s degree in psychology from Tulane University, a master?s degree in business administration and a law degree from Columbia.

?There was never any hatred around it, and I think there easily could have been,? Gulak Wolfe said in a phone interview. ?Instead, we talked about the great things David chose to do with his life.?

Benjamin Berger, David and Barbara?s father, gave his grandchildren a silver bracelet with a nameplate that belonged to his son. Gulak Wolfe, who played soccer and lacrosse during high school, kept it in her gym bag as a reminder that athletics are meant to bring people together rather than divide them. The unifying power of sports is a mantra for the Berger family, and it?s the reason they say the IOC should instate a moment of silence. ?We feel it is important as the years go by,? Benjamin Berger said. ?Otherwise, the 11 gave their lives for nothing. They could work a slight amount toward world peace. Athletes can always get along with other athletes, and the teams always got along.?

David Berger?s extended family will watch the games from Gulak Wolfe?s home in Brunswick, Maine. The family is always a ?little bit on edge? watching the games, she said, waiting for some surprise recognition of the Munich 11.

Romano and Shahar will follow the games, too ? Shahar from her living room in Tel Aviv, and Romano partly from London, which she is visiting for the Israeli-run commemoration ceremony, and partly from Tel Aviv.

Watching the games ?opens up the wound every time afresh,? Romano said, but she does so out of a love for sports and in the belief that her husband would want her to follow them.

?I watch, and I?m very happy to see Israeli athletes take part, the fact that terror hasn?t stopped them and we continue,? Romano said.

Shahar said that she feels this same mixture of emotions, and that she also envisages her father. ?When I see the opening ceremony, I always see my father walking as part of it.?