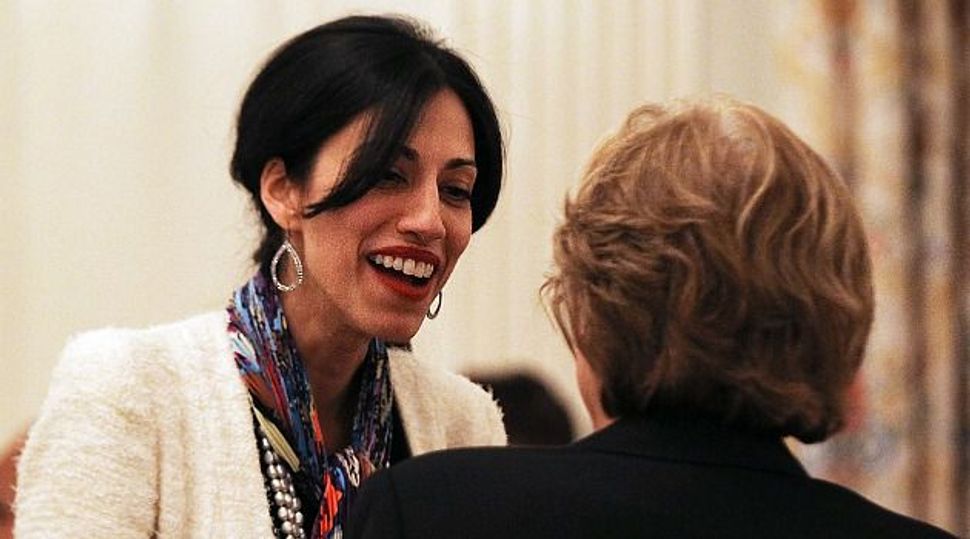 When Minnesota Republican Rep. Michele Bachmann and a group of colleagues called for a probe into “security concerns” over the employment of several Muslims in top government positions, Democrats and Republicans joined in condemning the call and in accusing those behind it of Islamophobia.

Yet, shining the spotlight on the issue of Muslim Americans in senior federal government positions also revealed a little-noticed truth: There aren’t many of them. In fact, less than a handful of Muslims hold top posts, and in general, activists believe, Muslim Americans are underrepresented in the civil service.

“Most Muslims in government are at the more junior levels,” said Haris Tarin, Washington office director of the Muslim Public Affairs Council. “There is no one in Cabinet level, no one at the deputy secretary level.”’

Muslims in America have been growing in numbers over the past decade. According to a recent study by the Association of Statisticians of American Religious Bodies, 2.6 million Muslims were living in America in 2010. This is roughly in line with a study produced by the Pew Research Center last year that also found that 63% of American Muslims were first-generation immigrants.

Yet, Muslims in senior federal positions are still a rarity. Currently, the most noted ones in the Obama administration include Huma Abedin, deputy chief of staff to Secretary of State Hillary Rodham Clinton (and wife of former New York Rep. Anthony Weiner); Rashad Hussain, who is America’s special envoy to the Organization of Islamic Cooperation, and Farah Pandith, the State Department’s special representative to Muslim communities. Two out of 535 members of Congress are also Muslim, both Democrats: Keith Ellison of Minnesota, and Indiana’s André Carson. Several other Muslims serve on federal advisory boards, including Dalia Mogahed, who advised the White House office of faith-based and neighborhood initiatives, and Mohamed Elibiary, who has consulted for the Department of Homeland Security.

On the state level, high-level Muslim appointments can also be a controversial issue. Last year, New Jersey’s governor, Chris Christie, appointed Sohail Mohammed to be the state’s first Muslim Superior Court judge, but only after facing down a hail of charges from conservatives in his own base that Mohammed would bring Sharia, or Islamic religious law, into American courts.

“Sharia law has nothing to do with this at all. It’s crazy!” Christie declared at an August 2011 press conference.

Bachmann’s call for a probe of several federal officials of Muslim faith was delivered via a series of letters she and fellow Republicans Trent Franks, Louie Gohmert, Thomas Rooney and Lynn Westmoreland sent on June 13 to the inspectors general of the departments of State, Homeland Security, Defense and Justice, and to the director of National Intelligence. The letters asked the inspectors to investigate the appointees’ alleged ties to the Muslim Brotherhood. These accusations were based on a report compiled by Frank Gaffney, who was a top Pentagon official during the Reagan administration. Bachmann and her colleagues focused especially on Abedin, who, according to the letter sent to State Department’s inspector general, has three family members “connected to Muslim Brotherhood operatives.” The letter also claimed that the State Department has adopted a policy favorable toward the Muslim Brotherhood, indirectly suggesting that this policy could be a result of Abedin’s alleged family ties to the organization.

No official response from the inspectors general has been made public. But CNN reported that IG’s at the Departments of State and of Homeland Security had rejected Bachmann’s request as being outside their mandate, which is to examine the effectiveness of government programs and to prevent fraud and waste.

Shail Khan, a former political appointee in the George W. Bush White House, had a similar experience while working in government. Khan served in the Office of Public Liaison from Bush’s first day in office and until the end of his term. During this time, he was attacked by Frank J. Gaffney, who heads the conservative Center for Security Policy, for his “family’s Islamist connections.”

“They tried to question my loyalty,” Khan said in an interview, “but people like Huma Abedin and like me, who passed serious security clearance, are not a threat.”

Khan now tries to encourage young Muslim Americans, in the administration and on Capitol Hill, not to give up on public service. “These things discourage patriotic Americans from serving in government,” Khan said, adding that in recent years he succeeded in convincing several Muslim staffers to remain in government.

After the most recent episode, the Congress members who signed the letters to the inspectors general — particularly Bachmann, a former presidential candidate — were widely condemned by faith groups and politicians, including some leading Republicans. Arizona Senator John McCain called the accusations directed at Muslim American administration officials “sinister” and said they “need to stop now.” But other Republicans, including House Majority Leader Eric Cantor, refused to criticize Bachmann and her colleagues.

Activists in the Muslim-American community said that the letters and the public questioning of Muslim federal employees’ loyalty could further discourage young members of the community who are considering a government career. “If this kind of McCarthyism continues, there is a real fear that people who are very smart and can make a lot of money elsewhere will stay outside of public service,” Tarin said.

Still, Muslim community leaders broadly agreed that anti-Muslim sentiments are not the sole factor driving Muslims away from senior government positions. Another obstacle facing Muslim Americans, as well as Arab Americans who are Christians, is climbing the ranks in government offices dealing with Middle East policy.

“The one area that remains problematic for Arab Americans is anything that has to do with Middle East policy,” said James Zogby, founder and president of the Arab American Institute. “It is easier for a Dennis Ross to get a job than it is for an Arab American,” he added, referring to President Obama’s former top aide on Middle East issues, who is Jewish and has served as chairman of a Jerusalem-based think tank sponsored by the Jewish Agency. Zogby’s son, Joseph Zogby, was among the few Arab Americans who served in the State Department’s Bureau of Near Eastern Affairs. During his time there, the young Zogby constantly came under attack from some pro-Israel activists.

But the main reason so few Muslims are represented in top government positions stems from internal forces. Muslim Americans are mostly newcomers to America. Up until the 1970s, most Muslims leaving their countries went to the Persian Gulf states, which were rich in employment opportunities. Immigration to America picked up only later on, and has increased significantly in the past decade.

“Muslim Americans are still in the infancy stages when it comes to civic and political engagement,” Tarin said. First-generation Muslim immigrants, Arabs and non-Arabs, encouraged their children to study medicine, law and engineering, he explained. Public service is only now beginning to be considered as a suitable option for young Muslims.

The most visible sign of this shift can be seen in recent years on Capitol Hill, which is emerging as a valuable first stop for young Muslim Americans wishing to enter public service. In the mid 1990s, Muslim congressional staffers were hardly heard of and a weekly Friday prayer service, organized in a Capitol Hill meeting room, drew only a few Muslims from the Hill and from adjacent government offices. Now, participants say, some 150 Muslim staff members and other government employees show up each Friday, proving that change may well be on its way.