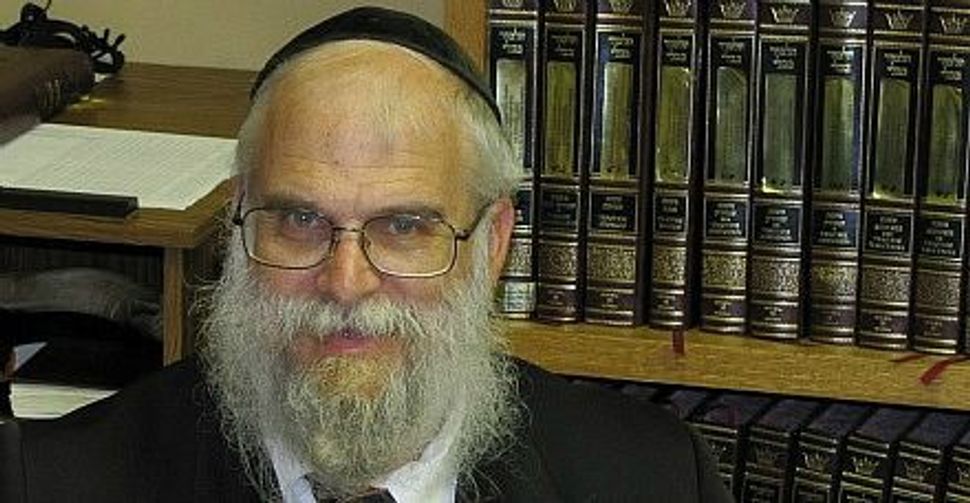 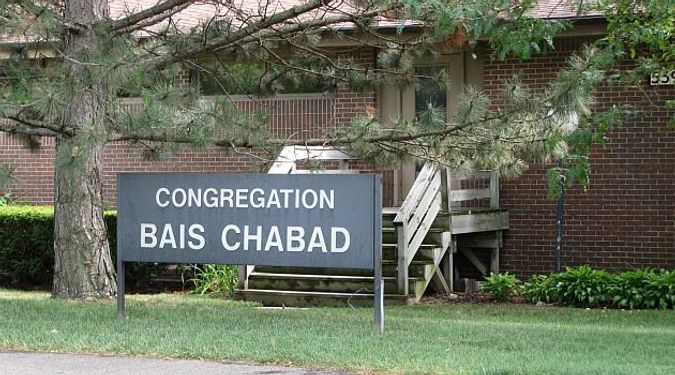 Shul Fight: A battle over this modest suburban Detroit shul is proving to be a fierce fight over who controls the movement?s synagogues.

In a 1984 letter, Lubavitch Rebbe Menachem Mendel Schneerson stressed the importance of the autonomy of the rapidly growing number of Chabad Houses and synagogues around the world.

“It is well known that the various Chabad institutions are financially completely independent of our central office,” Schneerson wrote. “This is also an obvious necessity in view of the fact that there are hundreds of such institutions the world over, and it would be impossible to direct them all from headquarters.”

Today, Chabad has 4,000 emissaries around the world, about half of them in the United States, and as the movement has grown, some have wanted it to become more hierarchical and centralized. That is why many are watching with interest the denouement of a decades-long battle by a powerful Chabad rabbi, Berel Shemtov, to take over the deed to a 150-family synagogue in an affluent suburb of Detroit.

As Yosef Rabinowtiz, a correspondent for Chabad.info, wrote in an August 27 article: “A victory for Shemtov would spell disaster for the thousands of independent Shluchim [emissaries] in the USA, who would have to fear their Chabad Houses being taken away from them just because the so-called “Head” Shliach [emissary] feels a need to dispose of them, disregarding the tens of years they invested in building up their Mosdos [institutions].”

Chabad.info is not affiliated with official Chabad headquarters in Brooklyn. A spokesman from Chabad declined to comment on the record.

Shemtov’s fight has largely taken place behind the scenes, in a series of rabbinic court hearings. But it burst out into the open in April, when his organization, Chabad of Michigan, took its case to Oakland County District Court. At the heart of the tug of war is ownership of the Sara and Morris Tugman Bais Chabad Torah Center, a modest brick building set back from a main road, amid the rolling hills of West Bloomfield.

Lawyers acting for Chabad of Michigan and for the Torah Center filed reams of evidence, including dueling definitions of the Chabad-Lubavitch movement, affidavits from Chabad rabbis and writings of the rebbe himself. Shemtov has run Chabad of Michigan for almost 55 years. His lawyers claim that Chabad-Lubavitch is a hierarchical organization that owns every property built by a Chabad emissary or his congregation — even if Chabad’s name is not on the deed.

In an April court filing, they argued that the Torah Center “is a subordinate component” of Chabad and therefore “subject to the authority and control of the hierarchy.”

Rabbi Kasriel Shemtov, Berel Shemtov’s son, said in an affidavit: “It is a commonly understood principle that property obtained by a shliach [Chabad emissary] or his congregation for the purpose of building or hosting religious activities as part of his mission ultimately belongs to the Chabad-Lubavitch organization.

“This is true regardless of the name listed on the actual deed for the property, or of the source of the money used to purchase property.”

Elimelech Silberberg, a Chabad rabbi whom Berel Shemtov brought to Michigan during the mid 1970s, leads services at the Torah Center.

Shemtov’s lawyers claim that some of the money raised for building the synagogue was acquired “in part because of [the Torah Center’s] public identification as a member of the Chabad-Lubavitch organization.” By the 1990s, Silberberg and Shemtov were increasingly at odds with each other, and from the mid-1990s they were locked in a series of rabbinical tribunals.

In one such case, Shemtov said he was alarmed that the Torah Center considered itself independent of Chabad. A panel of three rabbis ordered Silberberg to persuade his synagogue’s board to transfer the deed to their building to Chabad.

Two of those rabbis, Yehuda Leib Schapiro and Sholom Dovber Levitin, wrote in a May 2005 letter that they were concerned about the spiritual direction in which the Torah Center might move. Because the board was elected and subject to change, they feared that the board could “turn the congregation around to operate according to their own outlook, not the Chabad outlook, or even worse, might possibly change it to become Conservative, may the Merciful One save us.”

But the board refused to transfer the deed. So this past April, after years of recriminations, Chabad of Michigan launched its lawsuit asking a county court judge to enforce the rabbinic ruling.

The court battle, first reported in the Detroit Jewish News, has hit the 150-family congregation hard, costing $100,000 in legal fees so far. “Money which could be used to help spread light of Torah and Hassidus [teachings of the Hasidic movement] and so many good causes has to be spent on lawyers,” Silberberg said. “It’s a terrible disgrace.”

The Torah Center’s lawyer, Todd Mendel, argued in court papers that Silberberg, as a Torah Center employee, had no power to force the board to transfer the deed of the building.

He also said that because the board was not a party to the rabbinic court proceedings, it could not be bound by its rulings. And he produced evidence that Chabad’s spiritual leader, Schneerson, who died in 1994, wanted Chabad congregations to be independent.

In addition to Schneerson’s 1984 letter, the Torah Center’s legal team dug up directives from 1951 and 1952 in which Schneerson said he wanted Chabad Houses to be autonomous. Mendel also produced affidavits from three Chabad rabbis in Michigan who stated that Shemtov asked them to incorporate their synagogues independently to avoid legal and financial responsibility.

But the board dug in its heels, and in an August 15 decision, Judge Rae Lee Chabot dismissed Chabad of Michigan’s claims.

Chabot ruled that a religious court decision in 2004 had started the clock on Michigan’s six-year statute of limitations for common-law arbitration claims and that Chabad of Michigan had run out of time. She also ruled that the synagogue board could not be sued because it was not a party to the religious tribunals.

Chabad.info hailed the ruling under the headline “USA Shluchim Breathe a Sigh of Relief,”, noting that emissaries need no longer fear that their properties could be under threat. But that relief may be short-lived.

Chabad of Michigan appealed to the Michigan Court of Appeals on August 24. Its lawyer, Norman Ankers, said the process could take about 18 months and that whichever party lost could turn to the Michigan Supreme Court. Ankers is a partner at the top Michigan law firm Honigman, Miller, Schwartz and Cohn. Nathan Lewin, a leading constitutional law expert, is assisting him.

Mendel said he hoped Chabad of Michigan would drop the case.