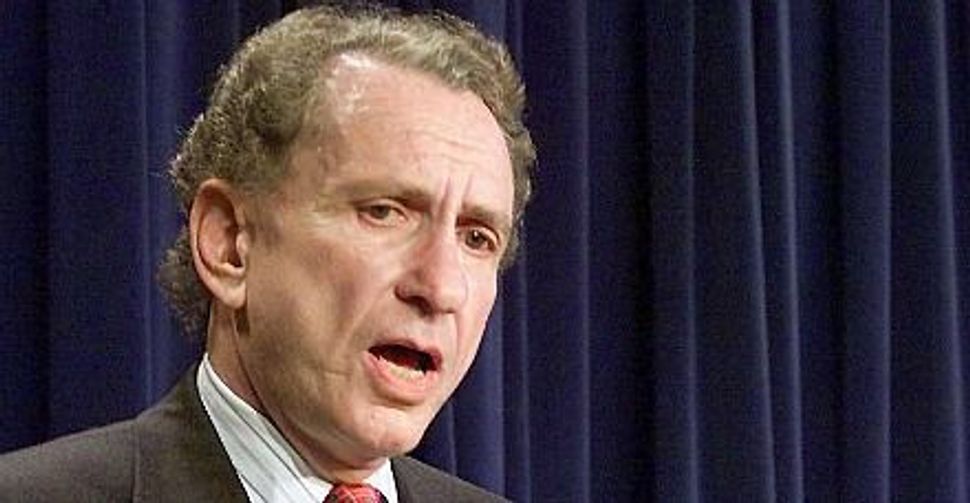 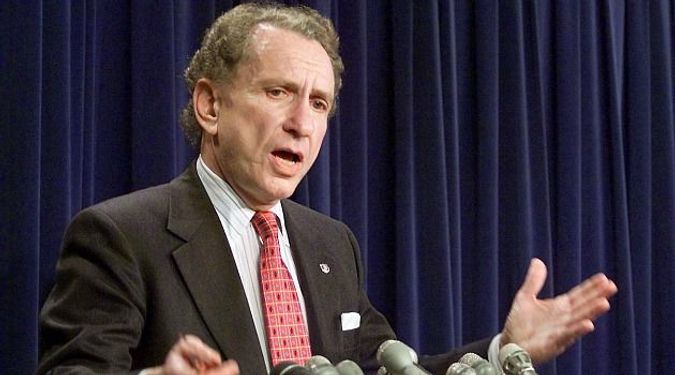 It was impossible to be a journalist in Philadelphia and not encounter Arlen Specter.

It was just about impossible to be engaged in the Philadelphia Jewish community and not encounter Arlen Specter.

As a member of the working press in Philadelphia for decades, and as a parent active in my children’s Jewish day schools, I can attest: The man was everywhere.

His tenacity and irascibility were legendary on Capitol Hill, where he was known as a fiercely independent U.S. Senator and a man who followed his own instincts on politics, policy and self-preservation, sometimes in equal measure. Perhaps less appreciated was his seemingly constant presence in his hometown and his willingness to help institutions that either he cared about, or were the object of family member’s affections.

Specter died today after many fitful years of battling one type of cancer or another. Though he came near death several times, he always seemed to defy conventional medical wisdom and bounce back, just as he defied conventional political wisdom to break with his party on a controversial issue or, as in 2009, abandon it altogether.

For better and worse, he was his own man.

The last time I saw him long enough to have a real conversation was in 2008, at a mock political convention held at Jack M. Barrack Hebrew Academy. One of his granddaughters was a student at the pluralistic day school (where my children also attended), and Specter offered to give the keynote address. It was a passionate call for bipartisanship and civic involvement, with a detour that included a rambling disquisition about his Senate investigation into an alleged cover-up of a cheating scandal at the New England Patriots-Philadelphia Eagles Super Bowl game.

Backstage, before his talk, he was eager to learn more about the school. How much was tuition? What did students learn? Ever the prosecutor, he peppered the room with questions, and greeted some of the answers with undisguised skepticism. He was not the man to argue with lightly, but he took the students’ questions seriously and without condescension.

And he cared. His wife Joan — who became famous in Philadelphia for an eponymous company selling pies, then for many years served as one of only two Republicans on the City Council — eventually went to work at the National Constitution Center in the development office, using her formidable rolodex to coax money from her peers. And it sure helped that for some of that time, her husband was chair of the Judiciary Committee in the U.S. Senate.

I was a vice president of the Constitution Center for several years, and I remember the Specters coming and going — Joan to accompany Arlen on one of his many forays overseas, where he would meet with leaders in Pakistan or Syria, infuriating his Senate colleagues and sometimes Jewish leaders by attempting to conduct his own foreign policy. Then Arlen would reciprocate, and meet with one of Joan’s top prospects, or grace an important public event. He didn’t have to feign an appreciation and knowledge of the Constitution. He had lived it.

Specter’s Jewishness was the kind born of the immigrant experience, of being raised in the only Jewish family in a small Kansan town, and of fighting his way into the political arena in Philadelphia just when Jews were at the brink of acceptance. It translated politically into staunch support for Israel, for the separation of religion and state, and the preservation of civil liberties. It translated personally into support for Jewish institutions in the city he called home for decades.

But his Jewishness never translated into a level of true comfort in this country, even though he came to walk the loftiest halls of power. In an oral history taped earlier this year for PCN, Specter was asked at what point in his life did he notice it didn’t matter whether he was a Jew or not.

“Never,” he replied. “Maybe tomorrow. Maybe not. Probably not.”