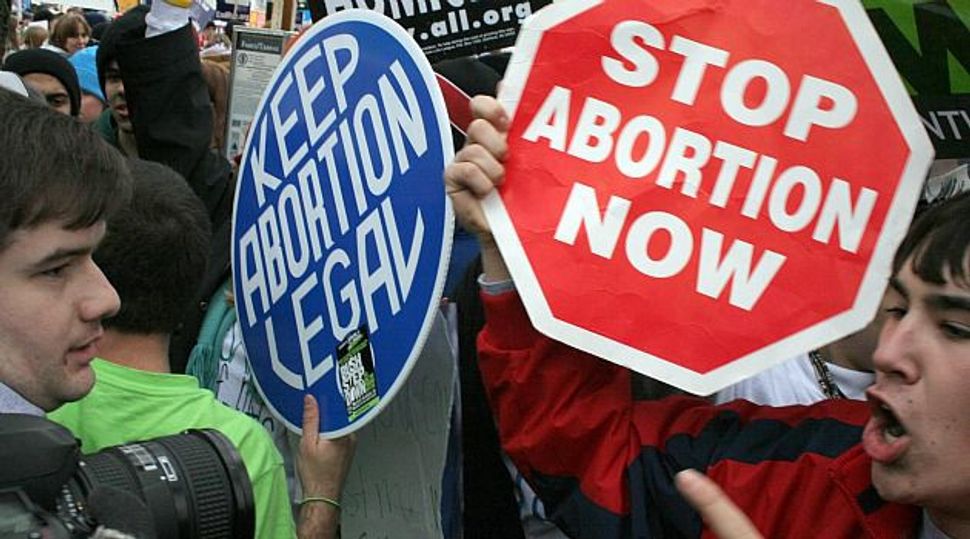 I remember where I was when the U.S. Supreme Court’s decision in Webster v. Reproductive Health Services came down. It was 1989, the day before July Fourth, and I was in charge of the opinion pages of the Philadelphia Inquirer. I was also pregnant with my third child.

The editorial board then was made up mostly of men, and it was still unusual to see a pregnant woman in the newsroom. (When I announced that I planned to take off several months after giving birth, my boss wondered why I wasn’t like the Chinese peasants who supposedly went back to the fields after delivering a baby. Just to give you an idea.)

In Webster, the Court upheld a Missouri law and, for the first time, permitted an individual state to regulate abortion during the second trimester, which was not allowed in the landmark Roe v. Wade ruling affirming the right to an abortion. As we scrambled to analyze the details for the next day’s newspaper, I remember being stuck on the wording of the Missouri law, which declared that the “life of each human being begins at conception.”

What was wrong with me? Here I was carrying a dearly wanted baby, who would be entering a family with a loving father and two adoring older sisters, yet I felt that the fetus — whose gender I wouldn’t know until birth — was not yet an independent life. It was more than a blob in my belly; it was a mass of cells, blood and organs that would one day become an exquisite human being. I felt the intrinsic tension every pregnant woman feels imagining the precious thing growing inside and yet I did not believe that this child’s life began at conception. Her life began when she was born.

With the 40th anniversary of Roe v Wade upon us January 22, I was reminded of this experience because it reflects the troubling heart of the abortion debate: How do we define when life begins? Language is crucial here; what we say and how we say it has shaped the conversation until now, and will continue to do so in the year to come.

Start with the simplest descriptions: Are you pro-life or anti-abortion? Are you pro-choice or pro-death?

Here is where those who would restrict abortion rights have gained the emotional upper hand: Appropriating the term “life” over the vague notion of “choice” was a brilliant move. And a winning one. Gallup has been asking Americans to choose one or the other identity since 1995. That year, 56% of those surveyed answered “pro-choice” and 33% said “pro-life.” In 2012, only 41% said pro-choice and 50% said pro-life.

But when asked if they thought abortion should be legal, and in what circumstances, public opinion has remained steady for nearly four decades. In 1975, the first time the question was asked, 54% of those surveyed chose “legal under certain circumstances.” In 2012, it was 52%.

In that sense, we’re no more “pro-life” as a nation than we were in the years just after Roe.

What those who are so eager to overturn Roe fail to acknowledge is that it is the middle ground. It doesn’t allow unfettered access to abortion. It creates a sliding scale of rights, privileging the mother in the beginning of the pregnancy and the fetus at the end, when it is medically viable. And it grants a mother the federal right to control her body, even though Missouri, and then Pennsylvania, and then numerous other states have hammered away at that right, with dismaying success.

So as we enter this anniversary year, fresh off a political campaign that showcased some truly antediluvian politicians, I hope that those who want Roe to remain will learn how to employ language to their benefit. I hope, too, that those of us who believe life begins when that scrawny, bloodied fetus emerges into the world, breathing and crying on her own, will not be afraid to say so.

Jane Eisner is the editor-in-chief of the Forward. She can be reached at [email protected] and on Twitter @jane_eisner