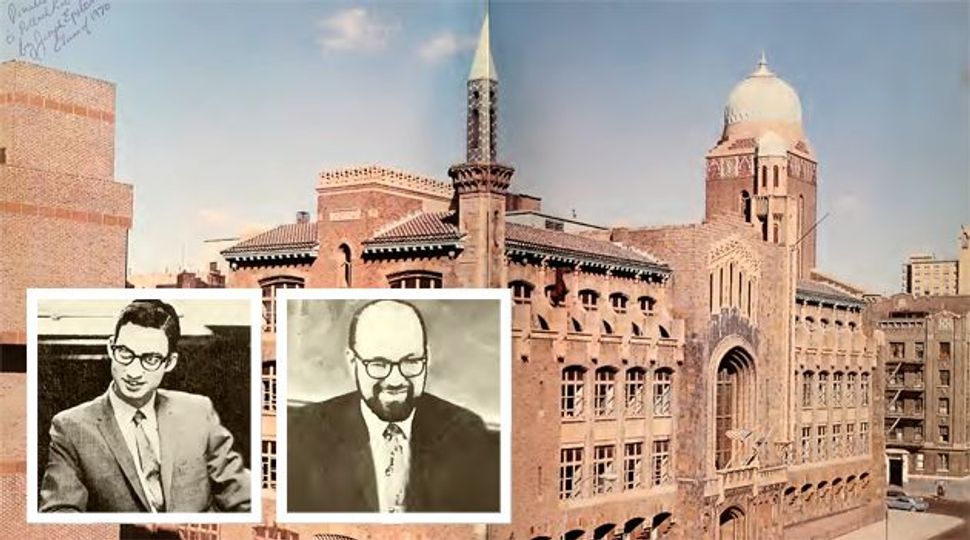 Mike Reck, an attorney representing the six, said his clients are disappointed they have been unable to reach a settlement with Y.U. and are poised to file lawsuits.

If the impasse continues, “the survivors have no choice but to avail themselves of the court system,” said Reck, an attorney with the New York office of Jeff Anderson and Associates, a Minnesota firm that specializes in abuse cases.

His clients, the attorney said, include people who were abused by Rabbi George Finkelstein, a former principal of Y.U.’s Manhattan boys high school. Most say they were assaulted between 1969 and the early ’80s. But Reck says he also represents a woman who says she was abused by Finkelstein during the 1990s, when Finkelstein was dean of the Samuel Scheck Hillel Community Day School, in Florida.

The woman blames Y.U. for failing to warn the Florida school about Finkelstein even though administrators knew he posed a threat to children when he took up the post in North Miami Beach in 1995.

More than a dozen former students at Y.U.’s Manhattan high school have told the Forward that Finkelstein had inappropriate sexual contact with boys under the guise of wrestling.

Rabbi Norman Lamm, who was president of Y.U. from 1976 until 2003 and just retired as chancellor, told the Forward this past December that Finkelstein was forced out of Y.U. because of his wrestling with boys. Lamm said Y.U. did not inform the Florida school about Finkelstein’s wrestling because “the responsibility of a school in hiring someone is to check with the previous job. No one checked with me about George.”

Finkelstein was alleged to have abused 16 of the former students named in the lawsuit filed July 8 in U.S. District Court in White Plains, N.Y. The suit alleges a “massive cover-up of the sexual abuse of [high school] students… facilitated, for several decades, by various prominent Y.U. and [high school] administrators, trustees, directors and other faculty members.”

The assaults are alleged to have taken place during the 1970s and ’80s, at a time when Y.U. faced severe financial problems.

Y.U. said in a statement that it would not comment on ongoing litigation. A spokesman told The New York Times that Y.U. hoped an investigation it commissioned to look into the abuse allegations would be finalized in the coming weeks. “We will address the findings publicly once the report is issued,” the spokesman said.

Shmuel Goldin, a leading Modern Orthodox rabbi, said Y.U.’s response to the allegations has been “prompt and thorough.”

Goldin added, “There is a sadness that everyone feels when people have been hurt, and a sense of solidarity with the victims and a hope this will reach a resolution that will bring peace and healing to all involved.”

But one of the survivors, who is a plaintiff in the lawsuit, does not see it that way. “What’s really crazy about the Jewish community is that nobody cares,” said the survivor, who asked to remain anonymous. “There is a complete lack of interest in this whole thing.”