Who Earns What at America’s Biggest Jewish Non-Profits 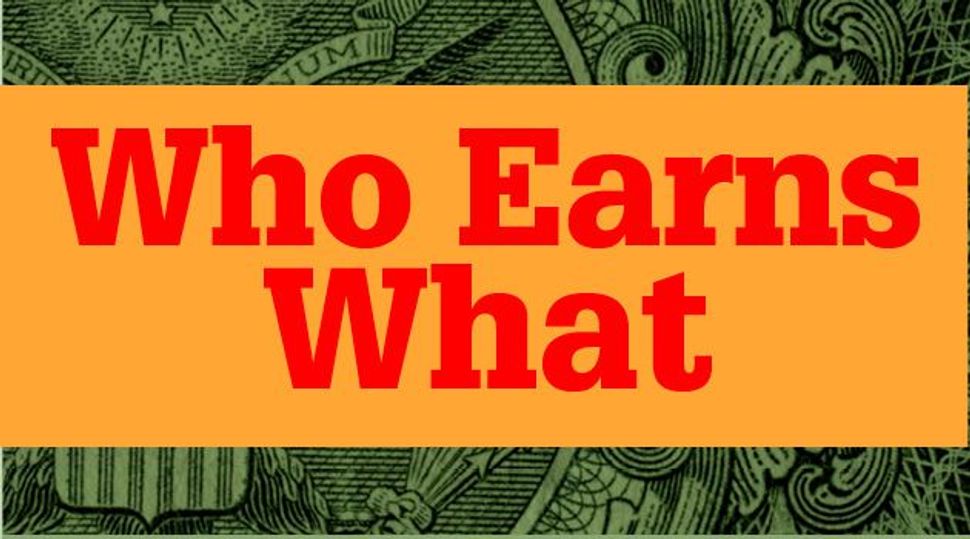 When the Forward began surveying national Jewish not-for-profits in 2009, we tried to answer two simple questions: Who is in charge, a man or a woman? And what does he or she earn? Even though this is public information, it still took all the resources of our small staff to gather and verify the data, and then publish it as accurately and clearly as possible.

As we repeated the exercise, I wished I could provide more context to the numbers and the trends they represented. Then I bumped into Abraham “Adi” Wyner at the bat mitzvah of a mutual friend’s daughter last spring. I knew Adi to be a brilliant math professor at Wharton but what I hadn’t realized was that he’d been using a statistical analysis of our salary survey as a class assignment. He asked if I wanted to work with him to analyze the next survey and before he finished I’d said yes.

That is why this year’s package of stories is so rich in context. Maia Efrem, our research editor, began to collaborate with Adi and one of his top students, Tamara Pier, during the summer. Over the next few months, Maia collected and verified reams of data, which Tamara then analyzed, under Adi’s supervision. The resulting charts and stories go further than we’ve ever gone in examining the gender gap in leadership and pay, and the inequality in compensation among Jewish charity executives.

The Wharton team independently analyzed the data, and you can read the full report here. The inferences are the Forward’s alone.

Click on the names below to find out how much each executive is over or underpaid.

Who Earns What at America’s Biggest Jewish Non-Profits