If Israel Is America’s Closest Ally, Why Isn’t It Toeing Line on Russia? 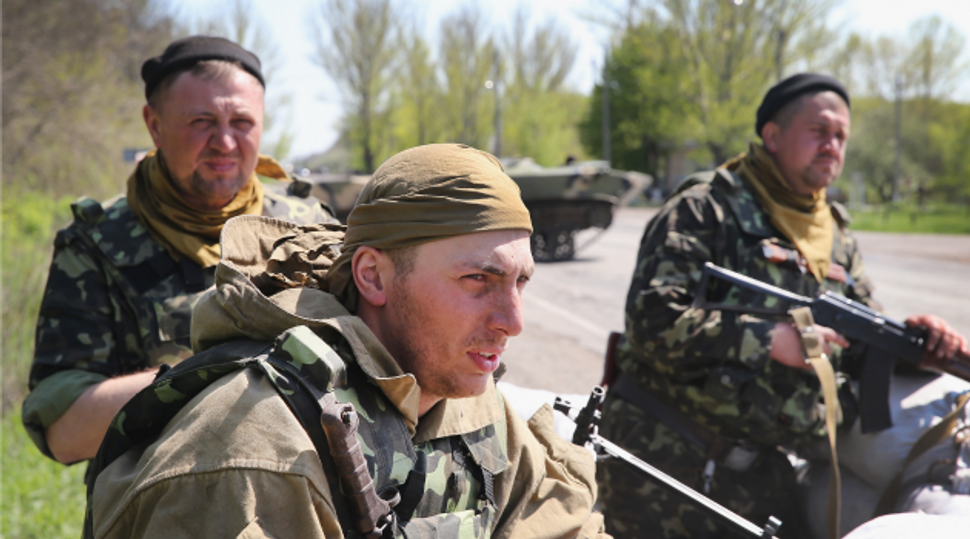 On the Fence: Israel is usually one of the U.S.’ most staunch allies, but has abstained on resolutions criticizing Russia’s actions in Ukraine. Image by getty images

“Israel is America’s most reliable friend,” the American Israel Public Affairs Committee states on its website. This notion has been put to the test in recent weeks, as Israel has parted ways with the United States on the major issue of how to respond to Russia’s incursion into Ukraine.

Israel refused to support an overwhelming, American-led condemnation of Russia at the United Nations General Assembly and has adopted a neutral posture regarding the conflict, marking a rare departure from the nearly automatic mutual support Israel and the United States provide each other in the international arena. And this has angered Washington and perturbed some Israel advocates.

“We are shooting ourselves in the foot,” said Dan Arbell, a former senior Israeli diplomat who now teaches at the American University in Washington. “Representatives of Israel always say that Israel is the only country in the region and one of the few in the whole world that always votes with the U.S., and now we see this change.”

Israel chose to sit on the fence, officials explained, out of concern that condemning Russia would sour relations with a nation playing a key role in Syria’s civil war and in nuclear negotiations with Iran, two issues of top concern for Israel.

It is too early to judge whether this policy regarding the Russian-Ukrainian conflict reflects a major shift in Israeli orientation or just a short-term tactical maneuver. Even the latter outcome, however, could spell trouble for Israel advocates in America.

The shift “just plays into the hands of those who want to make the case against us,” said an official with one pro-Israel group, who would not speak on record because of the organization’s policy. But the issue has yet to be raised where it would matter most, he said: by lawmakers or their staff members on Capitol Hill.

The communal official added that American support for Israel is multifaceted and does not depend solely on Israel standing alongside the United States in the international arena.

A spokesman for AIPAC declined to comment on the impact Israel’s position on Ukraine could have on the pro-Israel lobby’s work or on making the case that Israel remains America’s closest ally.

Israel’s decision not to participate in the March 27 U.N. General Assembly vote condemning Russia for annexing Crimea triggered significant tension with Washington. One hundred member nations backed the resolution, which the United States drafted, with only 11 voting against it. Israel did not participate in the vote.

Israeli officials attributed their government’s absence to a then ongoing strike by foreign ministry employees, including U.N. diplomats, who were engaged in a labor dispute. But a senior Israeli diplomatic source told the Forward that had the government ordered it, an Israeli representative would have cast a vote despite the strike.

Washington made its anger clear through both private and public channels. National Security Adviser Susan Rice raised the issue with Israeli Foreign Affairs Minister Avigdor Lieberman during their April 9 meeting. And State Department spokeswoman Jen Psaki said the next week in her daily press briefing that the United States was “surprised that Israel did not join the vast majority of countries that voted to support Ukraine’s territorial integrity in the United Nations.”

Leading government officials in Israel have explained the government’s neutrality policy as one based on a balance of interests between supporting America’s move and fearing Russia’s influence in the Middle East.

“We have good and trusting relations with the Americans and the Russians, and our experience has been very positive with both sides,” Lieberman told an Israeli Russian-language TV channel. “So I don’t understand the idea that Israel has to get mired in this.”

Amos Gilad, who is the director of the Defense Ministry’s political-security department and is one of the country’s top defense policymakers, went a step further, explaining that “our security interests should not be defined as identical to that of anyone else, even the U.S.”

Unnamed government sources quoted in the Israeli press noted that Russia is able to inflict significant damage on issues relating to Israel’s security, such as Iran’s nuclear program and Syria’s civil war. Therefore, they said, it was important to refrain from taking an anti-Russian position on the issue of Ukraine.

To what extent does this vote signal a shift in Israeli policy?

Experts believe it is an exception to the rule and that Israel does not wish to distance itself from the United States in favor of closer relations with Russia.

“There is a consistent recognition that Israel needs to diversify its base,” said Natan Sachs, a fellow at the Brookings Institution’s Saban Center for Middle East Policy. This need has manifested itself in nurturing closer ties with Russia, China and India in recent years.

But Sachs noted, “All decision makers in Israel agree that this is not at the expense of the United States.” In the past decade, for example, Israel has twice canceled large arms sales deals with China because of American objection. “The bottom line for Israel will always be U.S. first,” Sachs added.

Critics of the Obama administration, on the other hand, have been quick to portray Israel’s posture as part of a growing Israeli shift away from an administration that has let them down. “Washington is going to have to accept that its young ward is not a kid anymore,” Fox News contributor Zev Chafets wrote. “And, as Rice and her fellow policymakers know better than anyone, being a grown-up nation means making complicated choices, pursuing your own vital interests and, unavoidably, sometimes disappointing even your very best friends.”

On the ground, this disappointment could make life more difficult for pro-Israel advocates.

Positioning Israel as America’s strongest and, indeed, only ally in the Middle East has been a standard talking point among advocates for decades. It has been used as one of the reasons for maintaining America’s special relations with Israel, which include not only more than $3 billion in annual foreign aid, but also significant defense and intelligence cooperation and a diplomatic safety net. In fact, America’s mission to the U.N. has consistently voted against any resolution critical of Israel and at times has used its veto power to stop the Security Council from adopting such decisions.

The extent of the impact on pro-Israel advocacy will depend on Israel’s next steps. “This is still viewed as a single act,” Arbell said, “but if we see a pattern in which Israel asserts its independence on issues that are essential for the U.S., then we’ll begin to feel real consequences.”

If Israel Is America’s Closest Ally, Why Isn’t It Toeing Line on Russia?