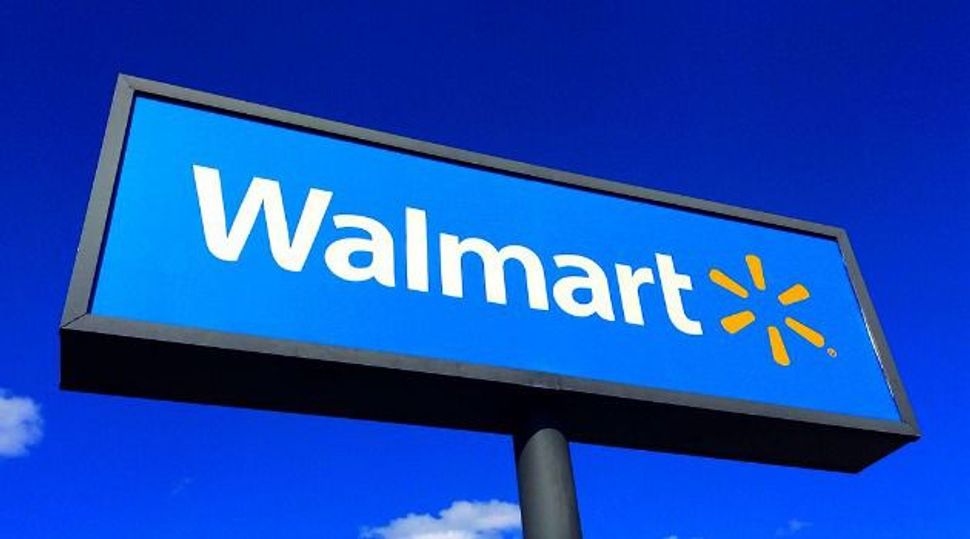 The largest donor to the ultra-Orthodox umbrella organization Agudath Israel of America is a Christian family from Arkansas.

The Agudah, as the organization is known, represents some of the most stringent, black-hat-wearing Orthodox Jews in the United States. Its backers include wealthy Jewish developers and health care magnates. The organization, however, has received more money in the past six years from the majority owners of Wal-Mart than from any other single giver.

The donations come from the Walton Family Foundation, run by the descendants of Sam Walton, Wal-Mart’s founder. Walton was a Presbyterian, and his home base of Bentonville, Arkansas, didn’t have a synagogue until 2004.

The Agudah’s spiritual leader, Rabbi Yaakov Perlow, warned at a May fundraising dinner that the “Torah must be guarded from the secular forces that seek to corrupt its values.” Yet despite their differences, the Agudah and the Walton foundation have forged a partnership over their mutual support for public funding for private religious schools. 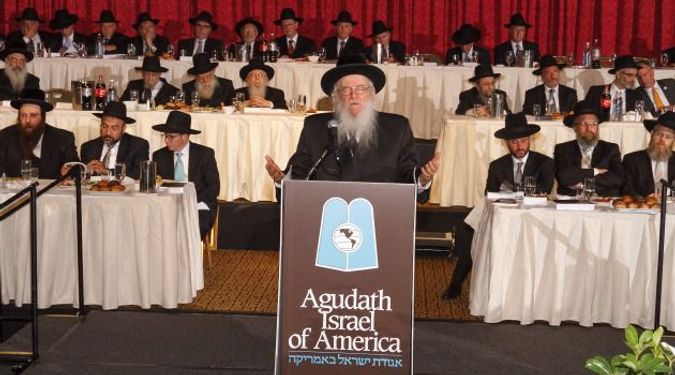 Since 2008, the Walton foundation has incorporated the Agudah into a massive national network pushing its conservative vision of school reform, which emphasizes charter schools and school voucher programs.

The Agudah, in return, has received or been pledged $3.1 million by the foundation, according to Rabbi Yehiel Kalish, vice president of development and state relations. The group spent $18 million overall in 2012, the most recent year for which data are available.

“They saw the Orthodox Jewish community as a natural support mechanism,” said Kalish, who is the group’s link with the Waltons.

Kalish said that the Waltons are paying the Agudah to educate its ultra-Orthodox constituents on school reform issues, in the hopes that they will support Walton-backed groups working to pass school-choice legislation throughout the country.

“Their main concern was that we educate our community to the point that they would be supportive and knowledgeable about those [lobbying] groups and their efforts to pass… meaningful education reform,” Kalish said.

The Walton Family Foundation did not respond to a request for comment.

The foundation is one of the leading spenders in the national education reform movement, having spent $1 billion on education since 2000, according to The New York Times. Recipients of the foundation’s grants include charter school networks, Teach for America, a bevy of advocacy organizations, like Education Reform Now and the Alliance for School Choice, and right-wing think tanks like the Heritage Foundation and the American Enterprise Institute.

Agudath Israel makes up a small piece of this pro-school-choice firmament. Its annual grants are far from the largest that the Walton foundation makes to education-related charities. To Agudath Israel, though, the impact has been significant. According to Kalish, the grants have allowed him to hire a staff of eight people, some part time, who do advocacy work in six states and Washington.

Agudath Israel is organized as a tax-exempt public charity, and contributions to it are tax deductible. As a condition of granting it this status, the IRS limits the proportion of its expenditures that it can devote to lobbying. But its $18 million budget allows it to spend a significant sum on lobbying without going over this limit.

Kalish said that his staff has been involved in a long list of school reform efforts since joining up with Walton: a campaign to expand the voucher program in Ohio, an effort to push back proposed limits to vouchers in Wisconsin, an expansion of a voucher program in Florida. Agudath Israel staff also worked on the proposed education tax credit that failed to pass in New York this past spring.

Preparation for the New York initiative among Walton-backed groups began as far back as 2010, according to Kalish. Agudath Israel has been invited to regular conferences and phone meetings, often hosted by the Alliance for School Choice, where Walton-backed groups coordinate efforts, he said.

“Right now is when we’re determining what we’re doing next year, which states we’re going to be targeting,” Kalish said, referring to ongoing conversations with other Walton-backed groups. When the conversation turns to issues that Agudath Israel doesn’t care about, like charter schools, the organization participates, but as an outsider.

Next year, Kalish said, his troops may try again to pass the education tax credit in New York. They’re also looking to Illinois, where they hope to push through a voucher program.

Kalish first linked up with the Waltons in 2002, after he was quoted in a Chicago Tribune article on a landmark U.S. Supreme Court case that found that using vouchers to pay for religious school educations did not necessarily violate the U.S. Constitution. An activist saw the quote and invited Kalish to a meeting about the Alliance for School Choice, then newly founded. Kalish met Sam Walton’s son John there, and the two started talking.

It took six years for Kalish to secure his first grant from the Waltons — a $300,000 donation in 2008. The money has flowed since then.

“I may not have the expensive staff that I have throughout the country to make as big an impact if it [weren’t] for the Waltons,” Kalish said.