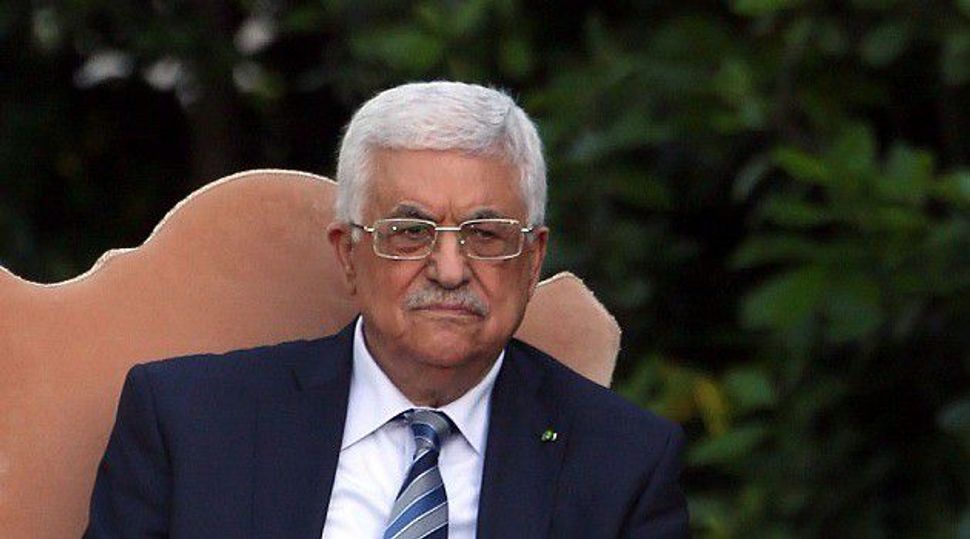 There were no pro-Israel protesters in sight and dozens of Jewish students turned up to hear Abbas offer a plea for peace in the Middle East at the Cooper Union in Manhattan.

Ariel Stern, the president of Cooper Union’s Hillel, said most members of the Jewish community wanted to listen to Abbas with an open mind.

“Obviously we want peace with the Palestinian Authority,” Stern said. “I want to hear what he has to say.”

Claire Greenberg, who attended the event with her grandson, Noah Santacruz, a junior at Cooper Union, explained: “education depends on curiosity, knowing all of the facts and then deciding.”

Some Jewish students had planned to protest Abbas’s speech by reserving seats in the 960-seat hall. They planned to not show up for the event, hoping to leave swaths of empty seats.

Stern called the protest call a misunderstanding sparked by students who did not have the authority to act on behalf of the organization. Shalhevet, an New York University Orthodox student group affiliated with Hillel, echoed his explanation.

“Unfortunately one of the students took the liberty of sending the email,” Stern said “It wasn’t our official stance.”

“I ask you to rethink Palestine,” he repeated throughout his speech, as a way to engage the mostly college aged audience. He called for Israel to end the occupation, to stop building new settlements, and to restore freedom of movement to the Palestinian people.

He condemned ISIS and said it does not speak for all of Islam. “They are not Muslims,” he said, adding that the group’s brutal actions directly violate Islam.

The speech was sponsored by the Churches for Middle East Peace, a non-partisan coalition of national church groups that advocates for an end to the Israeli-Palestinian conflict.

Abbas is visiting New York for the United Nations General Assembly, where he is anticipated to speak about his vision for peace between the Israel and the Palestinian people following the collapse of the recent U.S.-brokered peace talks.

Abbas was met by six pro-Palestinian protesters, who held signs denouncing him for taking too soft a stance in talks with Israel.

“We believe that Abbas gave up too many of our rights,” said Amith Gupta, a senior at NYU.