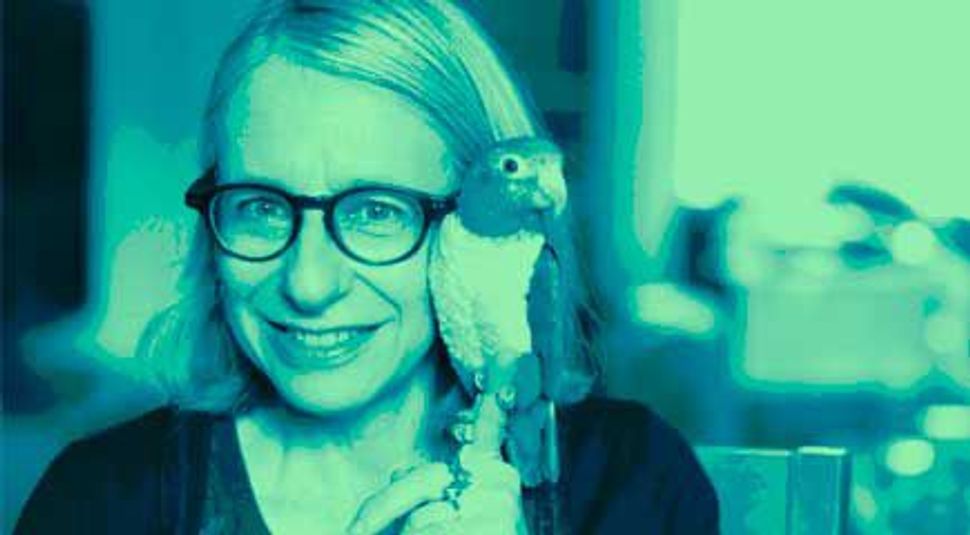 That’s Roz Chast, 59, perhaps best known for her cartoons that have appeared in The New Yorker since 1978, talking to the Forward about her May 2014 book, “Can’t We Talk About Something More Pleasant?”

Consisting of handwritten text, cartoons and photos, the graphic memoir is a moving yet honest homage to her parents, who spent their lives in Brooklyn. Her father was a teacher, anxious and intellectual, while she describes her mother, an assistant principal, as a dominant personality. Sounds stereotypically Jewish? “But it’s true,” said Chast.

The book deals with “the journey we took together into the last part of their lives.” By not shying away from topics such as senile dementia, the cost of elder care, and Chast’s own feeling of exhaustion and guilt, the work is a poignant commentary on society’s approach to old age and fear of death.

Chast, a graduate of the Rhode Island School of Design, has written or illustrated more than a dozen books; most recently, in September, she illustrated “101 Two-Letter Words,” for which singer-songwriter Stephin Merritt wrote poems for every two-letter word allowed in Scrabble.

“Can’t We Talk…?” was named a finalist in the nonfiction category of the National Book Award, which made Chast the first cartoonist to receive the honor.

Drawing The Last Chapter from Jewish Daily Forward on Vimeo.