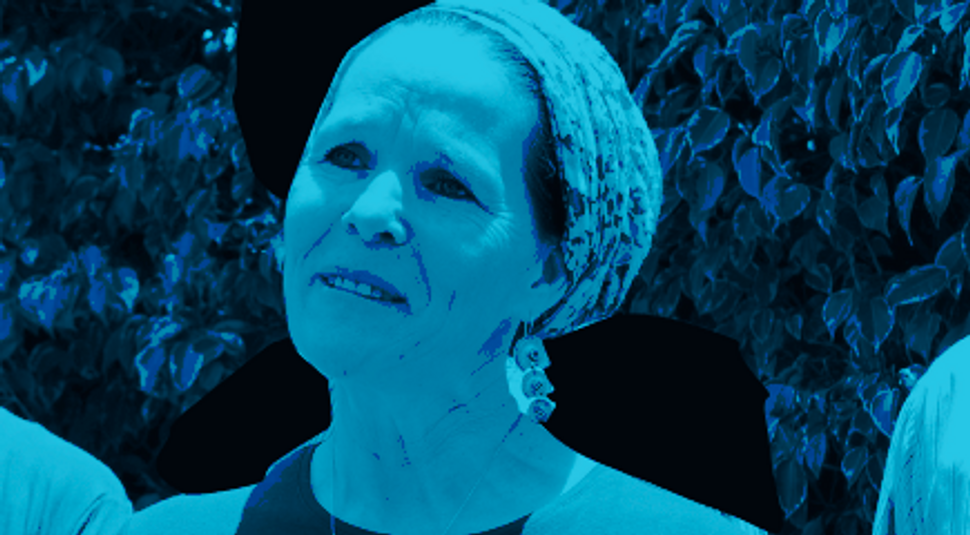 In a summer that claimed 72 Israelis and more than 2,100 Palestinians, one individual provided succor to the Israeli public, even as she was grieving her own loss. Rachelli Fraenkel is the American-Israeli mother of Naftali Fraenkel, the 16-year-old yeshiva student who was kidnapped while hitchhiking with Gilad Shaer and Eyal Yifrah in the Israeli-occupied West Bank on June 12. The bodies of the three Jewish boys were found on June 30 in a field northwest of Hebron. Eight days later, Israel engaged Hamas in its longest military operation in Gaza to date.

Throughout the search for her son, his discovery, and the 50-day war that ensued, Fraenkel, 46, was a beacon of calm for a nation on edge. While many Israelis prayed for the safe return of the three teenagers — using the hashtag #bringbackourboys on social media — Fraenkel seemed to grasp the possibility, early on, that her son might not come back. At a prayer session at the Western Wall after the kidnappings, she told a group of girls that “God is not our servant” and that “prayer is worthy no matter what the outcome.”

With her ability to unite people from different walks of life, Fraenkel became a new kind of Israeli icon. Her simple recitation of the Mourner’s Kaddish at the boys’ funeral opened a new dialogue about the role of women in public prayer. When East Jerusalem teenager Muhammad Abu Khdeir was murdered in an alleged revenge attack, she reached beyond another divide, condemning the incident in a public letter. Writing in Haaretz, Danna Harman called her a “light to many here who are searching for a way out of a very dark place.”

Fraenkel was born in Israel, the youngest of five siblings. Her mother and father were the children of Holocaust survivors who came to America from Austria and what was then Czechoslovakia before immigrating to Israel. Fraenkel, who lives in central Israel, spent time touring America as a lecturer. Before she made international headlines, she was known as a pioneer in the field of female Talmud study as an instructor at Matan and Nishmat, two Jerusalem centers for women in Torah scholarship.

Fraenkel is, of course, also a mother. She described her relationship with Naftali as one on the cusp of maturity, moving to a place of deeper intellectual and emotional connection. After his death, said her sister, Ittael Fraenkel, it was Rachelli Fraenkel’s duty to her remaining children that helped her endure. Fraenkel’s first act after learning the news was to tell her six remaining children, individually, what happened to their brother.