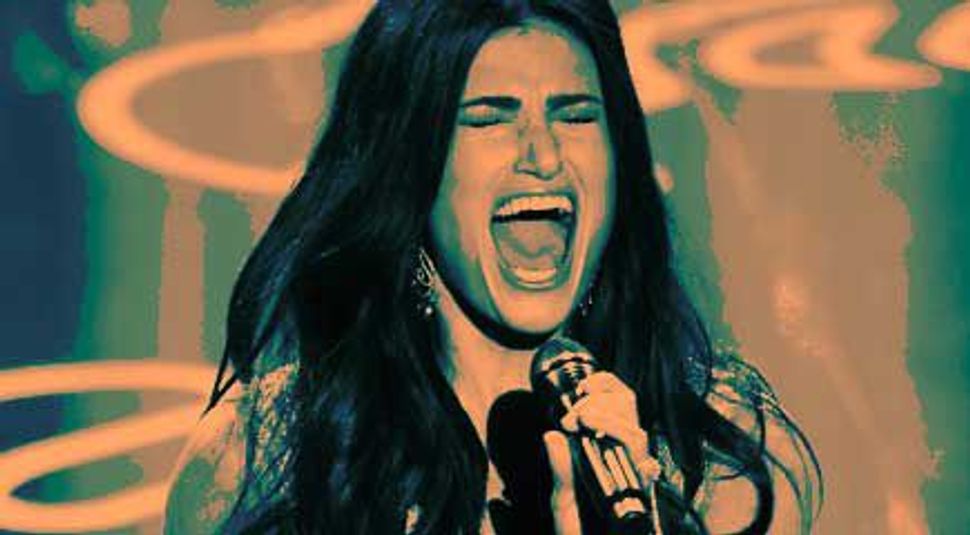 From sexy Arendelle-inspired Halloween costumes to Olaf the Snowman cookies, America’s obsession with “Frozen” is alive and well, nearly a year after the film’s theatrical release.

At the heart of the craze is a voice — a powerful, emotional, Jewish voice. It’s a voice that continues to echo through the mouths of the nation, from small children to grandparents.

Idina Menzel’s contribution to 2013 pop culture is undoubtedly her role as Elsa the Snow Queen, who struggles to conquer her power to control snow and ice and use them for good rather than evil.

Her cry to “Let It Go” resonated with a new generation of Disney fans — and yes, more than a few older ones as well.

“Frozen” has so pervaded the collective mindset that it now seems like an obvious hit. But the plot could have been very, very different. Queen Elsa was originally slated as the movie’s villain. But when the producers heard “Let It Go,” they found that it made her too sympathetic. So they rewrote her as the flawed — but heroic — main character.

Menzel loved the change: “To my beautiful surprise, she was never ever the nemesis. She was just this misunderstood, beautiful young woman we could all relate to.”

Elsa ultimately sides with the “good guys” (or in this case, girls), but she’s not perfect. Her flaws are reflected in all of us, and that’s what makes her such a powerful character.

Despite starring in two major Broadway hits — first as Maureen Johnson in the original production of “Rent” and then as Elphaba, the misunderstood and much-maligned Wicked Witch of the West in “Wicked” — Menzel never really broke through as an A-list celebrity. Until “Frozen.”

Born Idina Kim Mentzel in Queens, to Stuart Mentzel, a pajama salesman, and Helene Mentzel, a therapist, the 43-year-old singer dropped the “t” in her surname to reflect the pronunciation her grandparents had adopted after immigrating to America from Eastern Europe. (This did nothing to help John Travolta, who famously introduced Menzel as “Adele Dazeem” during the 86th annual Oscars.)

At age 15, with her parents going through a divorce, Menzel started performing in synagogues and as a bar mitzvah and wedding singer. She continued these gigs well into her 20s while attending New York University’s Tisch School of the Arts.

Menzel never had a bat mitzvah. In fact, she’s been open about her very secular upbringing. But motherhood has made her reconsider her Jewish roots. Walker, her son with former co-star and now ex-husband Taye Diggs, was born in 2009.

“I feel very connected to the culture and history of the Jewish people,” Menzel told the Kansas City Jewish Chronicle in 2011. “But I’ve struggled and waivered with my connection to organized religion. Now that I’m a mom, we’re struggling with how Jewish we are going to be.”

That inner struggle over identity, broadly reflected in so many of Menzel’s characters, is at the core of her latest Broadway role. In “If/Then,” Menzel plays the two sides of Elizabeth, a 38-year-old divorcée who moves to New York to find herself.

But don’t fret; we haven’t seen the last of Queen Elsa. With “Frozen” set to return with a short sequel in 2015, Menzel has no fear of being left out in the cold.

And as we all know, the cold never bothered her anyway.