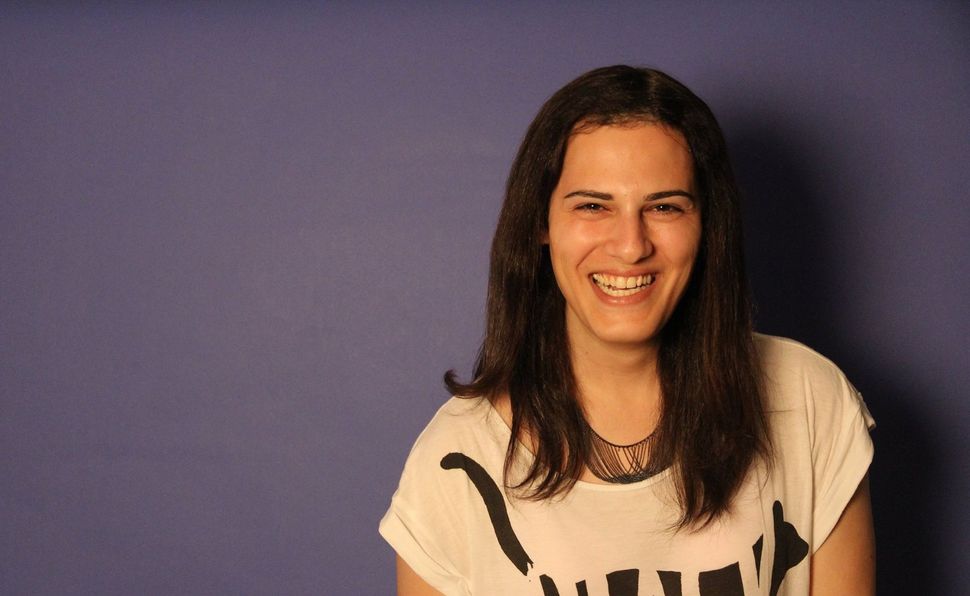 In March 2014, May Peleg paid for her own cremation at Aley Shalechet, the only funeral home in Israel that offers this service, considered taboo in Jewish tradition.

Peleg should have been cremated soon after she committed suicide. The prominent 31-year-old transgender activist had made her wishes clear in her will, her lawyer said, where she stipulated that her ashes were to be divided into two halves. One half would be scattered into the Mediterranean and the other poured at the roots of an Illawarra Flame Tree, a bushy red tree with both male and female blossoms. That is where she wanted her children to mourn her.

But instead, after Peleg carried out a longstanding vow to kill herself, her body sat in police custody. For more than a week, Peleg’s Orthodox mother fought for control of her corpse with friends of the activist who sought to carry out the provisions of her will. 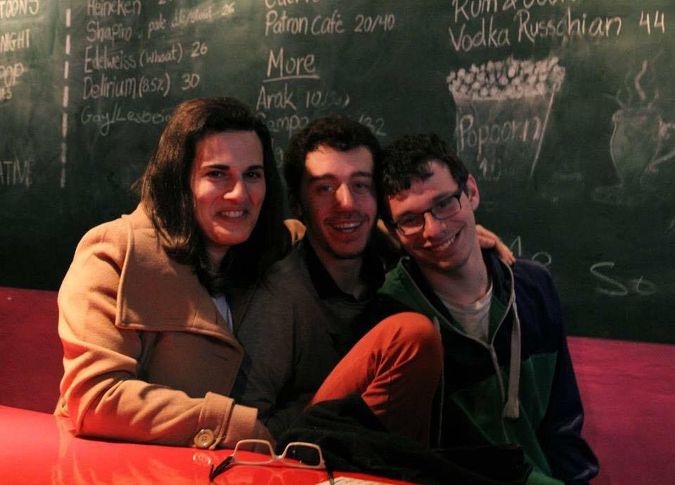 Ultimately, it took Israel’s High Court to resolve the dispute, which pit the demands of the Orthodox Judaism from which Peleg came against the assertion of personal rights and autonomy Peleg came to assume as a secular Israeli in adulthood.

“We must respect the will of the deceased over the will of the family as long as the deceased’s will is not against the law,” the court stated in its November 24 ruling upholding an earlier district court’s decision approving her wish to be cremated.

It was the end of a bitter struggle by Peleg’s mother, who wanted her buried in a traditional Jewish ceremony as a male, with the male name she was given at birth. In court documents she referred to Peleg as her “son,” saying Peleg was not in “his” right mind when she wrote the will, and arguing that family ties supersede Peleg’s friendships.

Peleg’s mother, who was not named in court documents, declined an interview with the Forward through her lawyer.

The case was, at its heart, a battle over the feisty activist’s memory and touched on the broader struggle of transgender people to define themselves on their own terms, even after death. It also brought to light the life of a singular advocate who left Orthodox Judaism to become a leader in the lesbian, gay, bisexual and transgender community.

Peleg grew up in Jerusalem in an ultra-Orthodox family. From the age of 4 she had an inkling that she was transgender. “I remember thinking something was wrong with my body,” she said in a 2013 video on the YouTube channel for the Jerusalem Gay Pride Parade.

“As the years passed, it kept getting stronger. I couldn’t define it, I couldn’t give it a name, but I knew. It was obvious.” 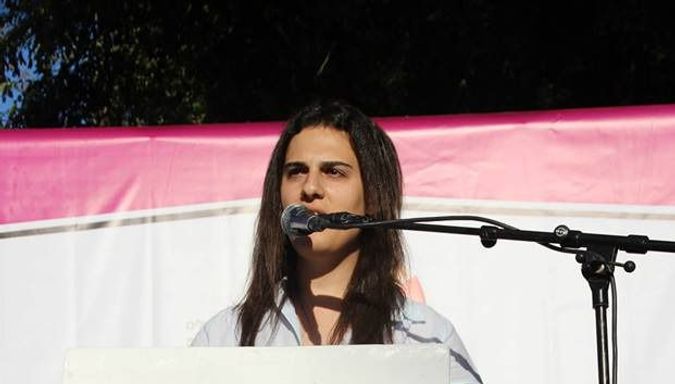 At age 13 she was sent to a religious boarding school, where she would escape to the public library in Givat Ram in central Jerusalem and use the Internet, discovering words like “transgender” and “bisexual.” According to her ex-girlfriend, Anna Kleiman, Peleg left Orthodoxy soon after her time at the boarding school and became estranged from her mother. In the court documents, Peleg’s mother said that she kept in touch via phone calls and hospital visits in Peleg’s final years. But Peleg disputes this in her will, describing “complete parental alienation.”

Though she left Orthodoxy when she was a teen, Peleg still suppressed her transgender identity for several years. She joined the Israeli army, trying but failing to get into a combat unit to prove her masculinity. It was in the Israel Defense Forces that she met her now ex-wife. The two married at age 20 and had two children, a girl and a boy.

Eventually Peleg came out to her wife. The revelation broke their marriage, but not their family bond — at least not at first. According to friends, Peleg remained close with her ex-wife and children as she came out publicly, eventually undergoing surgery to make her appear more feminine. In the video, she said that her children used to call her “Mudi,” for hamudi, or “cutie.” Once she caught them saying that, Peleg got them to call her “Muda,” using the female version of the term, hamuda.

Peleg became a fixture in the LGBT community in Jerusalem, and served as the chair of the city’s Open House for Pride and Tolerance. She was the first transgender person in Israel to lead a group not exclusively focused on transgender rights. Though Peleg’s life ended in suicide, one of her legacies at the Open House was, paradoxically, the creation of a suicide prevention protocol.

“She felt very strongly about the fact that she was not an example,” said the Open House chair, Dana Sharon, who had communicated with Peleg about her intent to kill herself several months before it happened. “She was very nervous about the glorification of suicide in the coverage of her death.”

Since Peleg’s passing, her friends in Jerusalem’s marginalized LGBT community have become the gatekeepers of her story.

In accordance with Peleg’s last wishes, they provided an unvarnished account of her final years — if necessarily an incomplete one, given her mother’s decision to publicly refrain from offering her own perspective.

Kleiman met Peleg two years ago. At that time, Peleg was at a high point in her life, having recently purchased the only gay dance club in Jerusalem. Kleiman, then 18, frequented the bar, called the Mikveh, after the Hebrew word for a Jewish ritual bath. Kleiman offered to serve as a DJ one night when another musician canceled, and she and Peleg became a couple that evening. Kleiman saw in Peleg, her first girlfriend, an open mind and a boundless heart. Later in the relationship, when Peleg could barely rouse herself from the sofa, she still emanated empathy.

“Through all that, she managed to make me feel really loved and cared for, and listened to me and all my problems, even though she obviously had many more problems,” Kleiman said.

Soon after they began dating, Peleg’s life began to deteriorate, with one catastrophe after another. Her fibromyalgia — a chronic ailment causing fatigue and pain — flared up, aggravating her anorexia and bulimia. Peleg suffered multiple seizures and grew too weak to manage the Mikveh. Kleiman took over some of her duties, but eventually Peleg shuttered the bar.

Around the same time, friends say, Peleg’s ex-wife turned against her, and prohibited her from seeing their children. Then, Kleiman said, Peleg was raped on the street in Jerusalem in broad daylight. Terrified and weak, Peleg became attached to her girlfriend, unable to sleep unless Kleiman was by her side.

Shortly after the rape, Kleiman went home to Russia to visit her family. Peleg had attempted suicide before, but she promised she would not harm herself while Kleiman was away. She checked herself into a psychiatric hospital, and when Kleiman came back she went straight there to see her. In her typical gregarious fashion, Peleg had made friends with the entire hospital crew.

When Peleg was let out, she continued to decline physically. She began to shift into different personalities, Kleiman said. One was a little girl named Anna, presumably named after Kleiman. Another was a darker figure named Or, which actually means “light.” The two characters would text with each other and with Peleg.

“It was kind of frightening to think about this,” Kleiman said. “You have to run away so badly that you actually have more people inside you.”

Kleiman and Peleg broke up, but they remained close. Peleg’s friends tried to get her into another psychiatric hospital, but her problems were a complicated mix of emotional and physical ailments, so her friends couldn’t easily find her a placement. Meanwhile, Peleg continued to talk openly about suicide.

According to a psychiatric evaluation submitted as evidence in court, Peleg displayed symptoms of bipolar disorder, depressive personality disorder and post-traumatic stress disorder. But, the psychiatrist said, she was “not delusional” as she made her plans for her own cremation. She described her intent in her will, predicting that her mother would have another agenda for her body.

Sharon believes that Peleg intended to commit suicide months ago. But in August, an ultra-Orthodox Jew named Yshai Schlissel rushed into the Jerusalem Pride Parade and began stabbing parade-goers. One of his victims, 16-year-old Shira Banki, soon died of her wounds. It was this event, Sharon said, that likely moved Peleg to put off her suicide plan. With the city’s LGBT community in shock, Peleg rallied and helped organize a demonstration at which Israel’s president, Reuven Rivlin, spoke. Amid the communal grieving, she told Eran Gobus, a board member of the Open House, that she was still planning on suicide.

Gobus thought back to this conversation when he heard that on November 14 Peleg had gone missing. One of Peleg’s roommates called the police, who located her body. According to her friends, she committed suicide in a hotel room by taking an overdose of pills. A police spokesman would not confirm these details.

Afterward, several friends came together at the apartment where Peleg had been staying, comforting each other in their grief.

“Seeing her suffering was much harder than realizing she had died,” Kleiman said.

Peleg had made meticulous plans for her death, even emailing members of the Open House to prepare them for it. In addition to paying for her own cremation, she doled out tasks to different friends, asking one to manage her Facebook page and another to sing at the ceremony marking her death.

Now that Peleg’s friends can move forward with the ceremony, Kleiman predicts that it will be attended by people secular, religious, gay, heterosexual, old and young, a reflection of Peleg’s ability to bring people to love one another regardless of their backgrounds.

“She was quite a big part of a lot of peoples’ lives,” she said.