The top Democrats may be running neck and neck in the early primary states, but when it comes to assembling a stable of advisers on the Middle East, Hillary Clinton is way ahead of her chief rival, Bernie Sanders.

The former secretary of state boasts a host of dedicated aides, consultants and confidants advising her on foreign policy issues, and an impressive gallery of former top administration officials offering their views. Sanders, whose lack of interest in world affairs has been apparent throughout the campaign, has so far refrained from setting up any foreign policy team and has no close advisers working with him on the issue.

Clinton, according to campaign staffers, basically has three circles of foreign policy advisers. The first, composed of former Cabinet members and top officials from previous Democratic administrations, are in charge of what the campaign refers to as “big picture” foreign policy issues. Most active among them is former secretary of state Madeleine Albright, who has also joined Clinton on the campaign trail several times. Also in this loop are former defense secretary and CIA chief Leon Panetta, and former national security adviser Tom Donilon.

The second circle is made up of former lower-level officials who work with the campaign on a more regular basis. These include Nicholas Burns, who served as undersecretary of state for political affairs in the George W. Bush administration and who, among other tasks, negotiated the American military aid package to Israel; former undersecretary of defense Michele Flournoy, and former deputy secretary of state James Steinberg.

Smaller teams carry out the daily guidance on foreign policy. They are made up primarily of former government policy officials, including Derek Chollet from the Pentagon, Prem Kumar from the National Security Council and Tamara Wittes from the State Department.

“The best policy is a product of real debate and of listening to a variety of views,” said Laura Rosenberger, who came to the Clinton campaign staff after 11 years at the State Department and National Security Council. Rosenberger now coordinates the campaign’s overall foreign policy effort including on Israel and the Middle East. She added, “It’s a tremendous asset for her to have such a deep bench advising her.”

Clinton recently added another adviser to her campaign, in charge of working with the Jewish community. Sarah Bard, who campaigned for Clinton and Obama, was appointed director of Jewish outreach for the campaign and will be Clinton’s liaison to Jewish donors and voters.

But in Clinton’s case, the asset of a deep bench can also sometimes be a liability. Recently, some right-leaning pro-Israel critics have seized upon the counsel that several of Clinton’s advisers offered her over the years to question Clinton’s own reliability on issues relating to Israel or, at least, her judgment in taking advice from these individuals.

Their criticism, based on combing through thousands of emails the State Department released recently from Clinton’s tenure as secretary of state, focuses, among other things, on the advice the future presidential candidate received from Thomas Pickering, a prominent retired Foreign Service officer and ambassador. Pickering, whose career included stints as America’s ambassador to the United Nations and ambassador to Israel, had no official position in government when he sent his email to Clinton in 2011. But in the communiqué, he suggested that promoting nonviolent demonstrations by Palestinians in the Israeli-occupied West Bank, mainly by women, and later by Israeli women conducting parallel protests, could jolt Israel’s leaders into making progress on the peace process.

“What will change the situation is a major effort to use nonviolent protests and demonstrations to put peace back in the center of people’s aspirations as well as their thoughts, and use that to influence the political leadership,” Pickering wrote. “It must be all and only women,” he added. “Why? On the Palestinian side the male culture is to use force.”

Pickering advised secrecy regarding any American role in encouraging such protests. “The United States, in my view, cannot be seen to have stimulated, encouraged or [to] be the power behind it, for reasons you will understand better than anyone,” he cautioned. He suggested enlisting help from liberal not-for-profit groups in Israel and the West Bank.

Though she requested that Pickering’s email be printed out for her, there is no evidence in the State Department emails released that Clinton ever responded to Pickering or discussed the matter further with others.

In an interview with the Forward, Pickering said he has long believed that peaceful demonstrations could have a positive impact on the negotiations in a way that would help the long-term interests of all sides. “I thought it was a good idea for the secretary to know that, and I gave her my opinion,” he said. Pickering noted that his communications with Clinton were rare and that, in general, “public advice from the outside is part of the American policy process.”

“What is very clear is that she never considered such a plan,” Rosenberger said of Pickering’s advice.

In another email, first reported alongside the Pickering communiqué by the Washington Free Beacon, Anne-Marie Slaughter, the State Department’s director of policy planning, suggested a campaign to recruit billionaire donors in support of the Palestinians; this action, she noted, would also have a “shaming effect re Israelis, who would be building settlements in the face of a pledge for peace.” 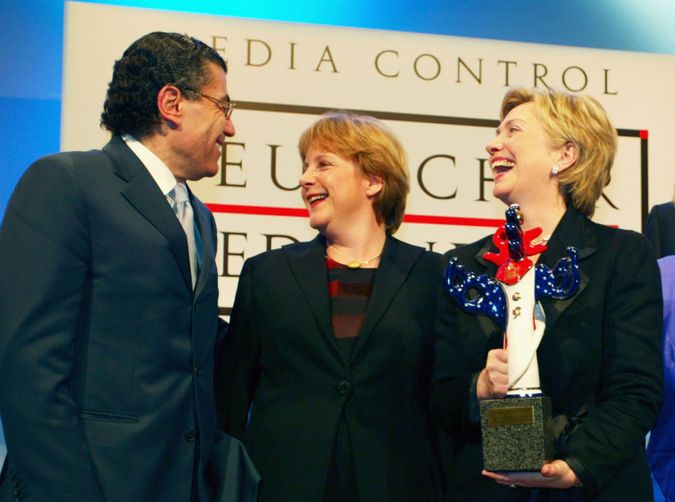 “Such a campaign among billionaires/multimillionaires around the world would reflect a strong vote of confidence in the building of a Palestinian state and could offset the ending of the moratorium for Palestinians,” Slaughter wrote in the email, referring to the end of a period during which Israel had pledged to limit its expansion of Jewish settlements on the West Bank.

Slaughter, who described the effort as a “crazy idea,” suggested tapping the “Clinton fundraising network” in order to raise the money needed.

Slaughter did not respond to requests for comment on her email.

An earlier release of Clinton’s emails from her term at the State Department also shed light on another self-appointed adviser — journalist and former Bill Clinton adviser Sidney Blumenthal. In dozens of emails to Clinton, Blumenthal argued, among other ideas, that Israeli prime minister Benjamin Netanyahu “desperately seeks his father’s approbation and can never equal his dead brother,” and that he “has never measured up” to his brother. Blumenthal also forwarded to Clinton articles written by his son, journalist Max Blumenthal, who is known for harshly critical views of Israel.

Clinton’s campaign stressed that the importance given to the emails was “overblown” and that the input Clinton received via these emails, amid the flood she received, was marginal.

Having the candidate’s ear may not, in any event, be as significant when it comes to Clinton’s run for the White House. After four years as secretary of state and decades in national politics, Clinton comes to the race well immersed in world affairs and with already shaped positions on the Middle East and Israel.

“I don’t subscribe to the ‘Rasputin view’ on how advisers can influence a president,” said Aaron David Miller, a former State Department Middle East adviser. Miller, who has not publicly endorsed any candidate, is also the author of the 2014 book “The End of Greatness: Why America Can’t Have (and Doesn’t Want) Another Great President,” which explores the power of presidents throughout history. “I don’t believe any adviser can persuade the presidents to do things he is not inclined to do anyway,” he said.

According to Miller, Clinton “is surrounded by a lot of people who you might think would push her to be more critical of Israel, but that’s not where she is and not who she is.”

But among Clinton’s confidants involved in Middle East policy is at least one who has no formal position with the campaign and who never showed up in the State Department emails. Hollywood billionaire Haim Saban, who has dual United States and Israeli citizenship, is among Clinton’s closest confidants. Saban, who has described himself as a “one-issue guy, and my issue is Israel,” has been a major donor to political campaigns of both Clinton and her husband, having given them more than $30 million over the years.

Saban strongly opposed the nuclear deal with Iran and said on one occasion that if he were leading Israel, he would “bomb the living daylight out of these sons of bitches,” referring to Iran. Nevertheless, Clinton backed the deal, which was brokered by the Obama administration after she left office. At the same time, she has been more critical of Tehran than Obama and his current foreign policy team as they have sought to develop better relations with the Islamic Republic. 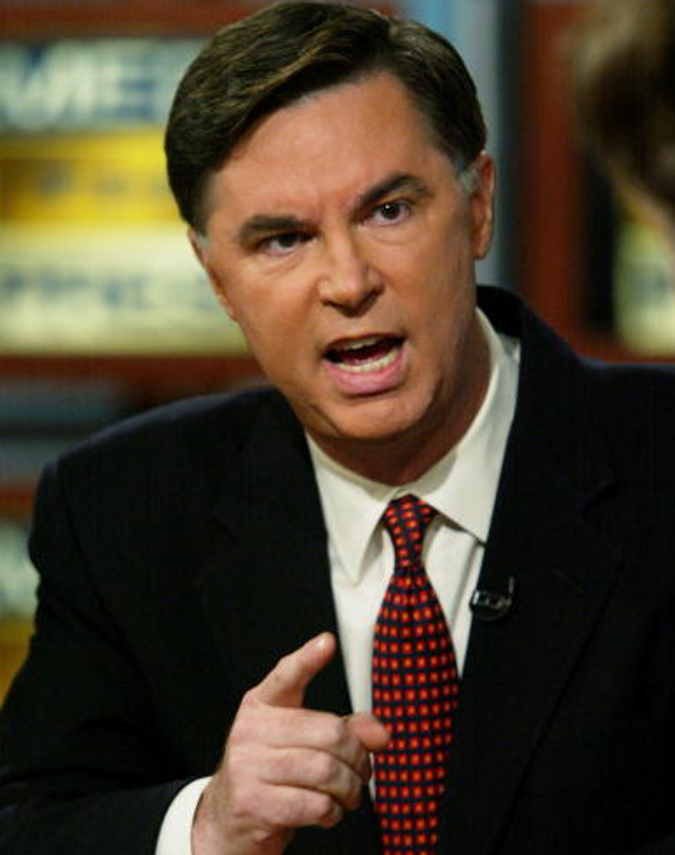 In comparison with Clinton, who has a vast array of advisers and consultants, her major Democratic rival, Sanders, has no foreign policy operation to speak of.

Sanders, who runs a much smaller campaign than Clinton, rarely discusses foreign policy issues in his stump speeches.

The campaign’s top adviser, Tad Devine, is in charge of policy issues in general, including those relating to foreign policy and the Middle East. But Jewish and pro-Israel groups said they have had little contact with him or the campaign. Sanders’ Senate office, which deals with his daily duties as a senator, also lacks a full time foreign policy adviser. These affairs are usually directed to the desk of his legislative director.

Some in the Jewish community, who are supportive of Clinton in the Democratic primary race, recently criticized Sanders for his comments during the latest debate, in which he called for normalizing relations with Iran.

The Sanders campaign did not respond to the Forward’s request for comment.