After Bernie Sanders Landslide in New Hampshire, Will Clinton Fight Back on Israel? 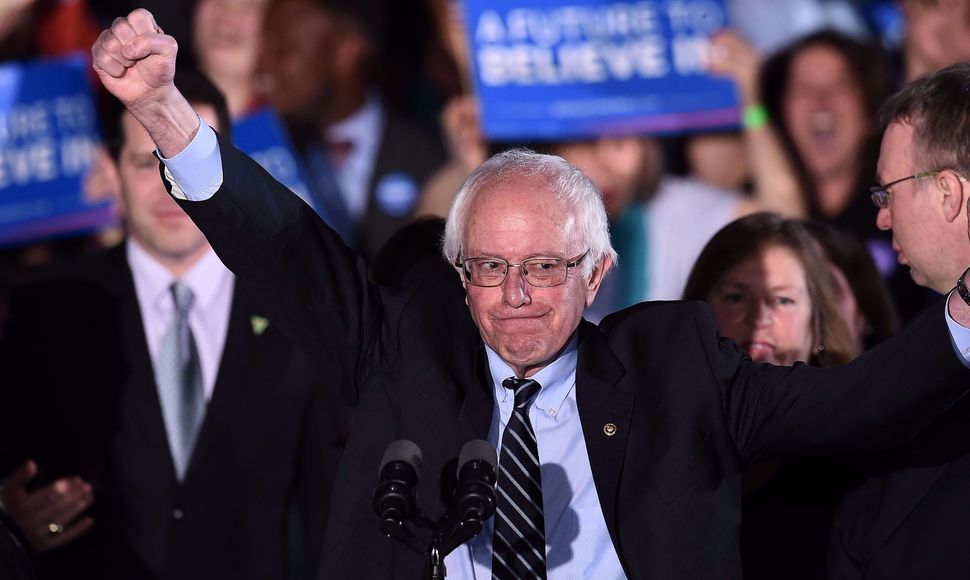 MANCHESTER, New Hampshire — The blaring music and the enthusiastic crowd gathered to hear Hillary Clinton at Southern New Hampshire University Tuesday night could easily have given the impression this was a victory celebration, not a gathering marking a crushing 21% defeat.

But when Clinton, flanked on stage by her husband and daughter, ended her pep talk, it was clear to all that the team is heading straight back to work in order to figure out how to overcome the ever growing threat posed by Bernie Sanders.

Tuesday night will go down in history as the first time a Jew won a presidential primary.

A jubilant Sanders, who describes himself as a democratic socialist, repeated his call for eradicating income inequality, breaking up the big banks and providing free college tuition.

“Together we have sent the message that will echo from Wall Street to Washington, from Maine to California, and that is that the government of our great country belongs to all of the people and not just a handful of wealthy campaign contributors,” Sanders said in his victory speech. 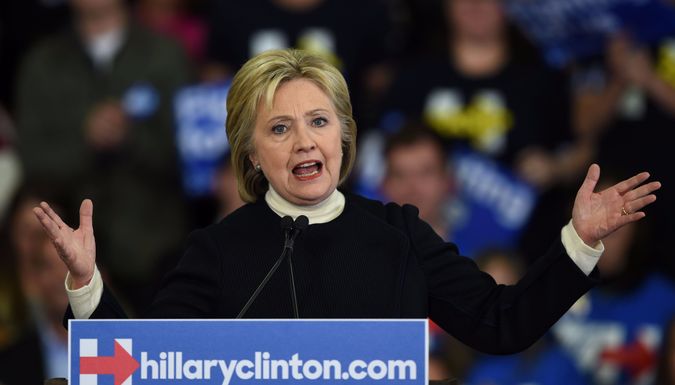 For one Clinton supporter, it was a night that made clear that it is time to increase pressure on the Vermont socialist — including a harsher message to Jewish voters.

“Hillary Clinton has been a very strong friend of Israel and that is something that should not be lost on the American Jewish community,” said Paul Hodes, a former New Hampshire congressman who came to rally for Clinton at her post-primary event. Hodes, who is Jewish and from New Hampshire, told the Forward: “Senator Sanders hasn’t showed himself to be the kind of friend of Israel that Secretary Clinton is.”

UPDATE: The Clinton campaign denied that it was considering this strategy. “We have no idea what this report is referring to. The notion that we’re planning to start attacking Sanders’ record on Israel is simply false,” Laura Rosenberger, foreign policy adviser, told the Forward.

Clinton, the former U.S. secretary of state and former U.S. senator, now looks wounded, trailing Sanders by 60% to 39% based on 86% of the returns.

The ex-First Lady barely won Iowa and now has been trounced in New Hampshire, where young voters liked Sanders’ populist proposals to break up big banks and have the government pay for free college tuition.

“People have every right to be angry but they’re also hungry, they’re hungry for solutions,” Clinton, 68, said after congratulating the 74-year-old Sanders. “I will work harder than anyone to actually make the changes that make your lives better.”

Clinton was headed to New York, home to her campaign headquarters, to regroup with top aides and prepare for Thursday’s Democratic debate. Her campaign has denied reports it is considering a shakeup but acknowledged it would be natural to add members to their team as the campaign progresses.

In the past few weeks Clinton and her team have highlighted, openly and in press briefings, Sanders’ lack of foreign policy experience and his non-existent team of advisers who should have been working with him on these issues.

Hodes, who said that he has been working closely with the Clinton campaign in New Hampshire, zoomed in on Sanders’ apparent lack of interest in Israel as a factor that should cause voters from the community to re-think their support for the American Jew who has just climbed higher than most others in Democratic politics.

“Bernie is a secular Jew and I don’t think his religion influenced his stance on Israel,” said Hodes. “We know Hillary and we know she has an unshakeable bond with Israel, so this shouldn’t pose a great dilemma for Jewish voters.”

A Clinton aide later told the Forward that Hodes has no official association with the campaign.

Even if a scorched-earth strategy was pursued, it’s unclear that it will succeed in denting Sanders’ popularity.

A Siena Research poll of New York voters published Monday found that 41% of Jews in the state plan to vote for Clinton in the primaries, while only 33% of Jewish New Yorkers said they would give their vote to Sanders, who grew up in a Brooklyn Jewish family.

At the same time, New York Jews expressed a more favorable opinion of Sanders than they did when asked about Clinton.

Sanders, for his part, has been relentlessly disciplined at hewing to a message of attacking economic inequality and portraying himself as an enemy of big corporations. That has resonated with Democratic voters, especially younger voters.

But it could leave him vulnerable to attacks that he is out of touch with minority voters — and Clinton campaign aides signalled they plan to aggressively fight Sanders to maintain her dominant support in polls among black and Latino voters.

Clinton campaign manager Robby Mook said in a memo that the Democratic nomination would “very likely” be decided in March, with the support of black and Hispanic voters key to victory. The next primary races are in Nevada and South Carolina later this month.

“It will be very difficult, if not impossible, for a Democrat to win the nomination without strong levels of support among African-American and Hispanic voters,” Mook wrote.

After Bernie Sanders Landslide in New Hampshire, Will Clinton Fight Back on Israel?