Sheldon Adelson’s Still on the Sidelines: The GOP Asks Why? 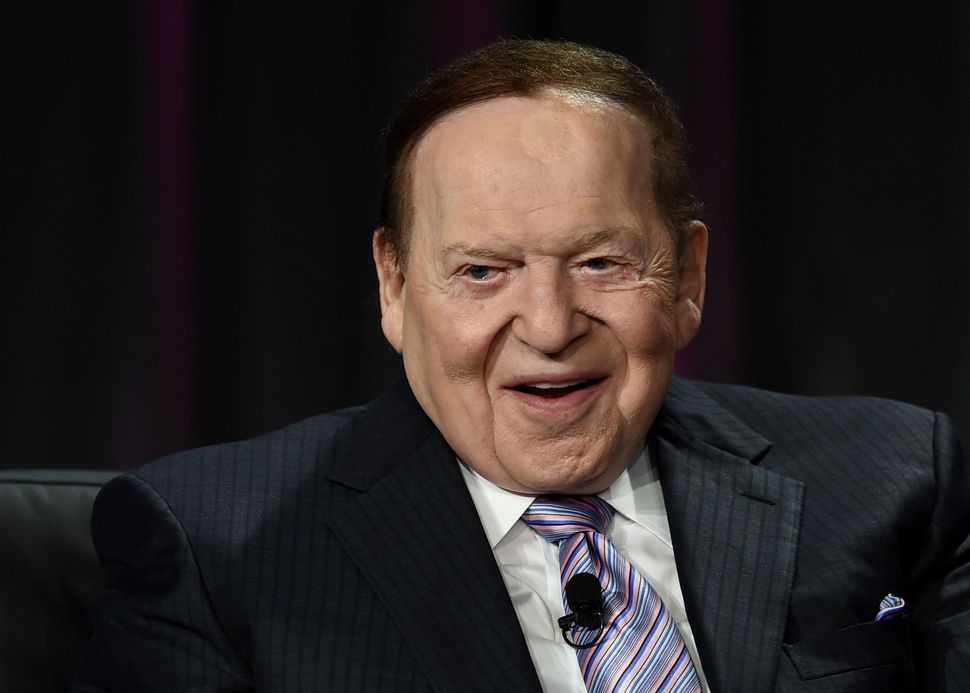 One of the most prominent donors in Republican politics is in an unusual position: undecided.

Sheldon Adelson, who stunned the political system in 2012 by pouring more than $100 million into that year’s presidential campaign, is still waiting on the sidelines this time around — many months after he summoned all the GOP candidates to a series of meetings in Las Vegas, his home base, for what observers dubbed the “Sheldon primary.”

The results of that primary contest remain unavailable, even as the actual primary season, now well underway, has become a spectacle of snarling attacks of one GOP candidate against another. No one has emerged as the obvious challenger to party front-runner Donald Trump, the volatile anti-immigrant populist whose depth of commitment to the issue Adelson cares most about—Israel—is unclear. Adelson, meanwhile, is reportedly still trying to decide whether to put his money behind ultraconservative Texas senator Ted Cruz or Florida’s rising star senator, Marco Rubio. 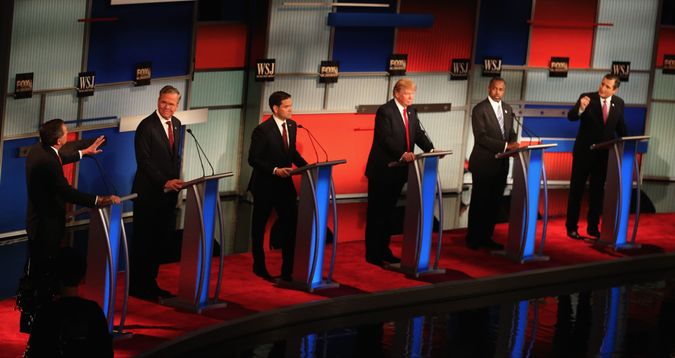 Other Jewish mega-donors have already lined up behind their candidates. On the Republican side, hedge fund billionaire Paul Singer is supporting Rubio, as is Florida car dealer Norman Braman. John Kasich has Abigail Wexner on his early mega-donor list.

But as the February 23 GOP caucus in Adelson’s home state of Nevada nears, Adelson and his wife, Miriam Adelson, are watching to see which of the candidates who personally pledged to them to support Israel will emerge as viable in the tight presidential field.

“There’s a certain advantage in waiting for things to clear up a bit, so you can be sure you’re going with a candidate who has a good chance to win,” said David Hopkins, a political scientist at Boston College. “But there’s also a risk, because Adelson could miss his chance to weigh in on the primaries if he waits too long.”

Adelson’s generous political giving has become somewhat legendary in Republican circles, as has his unique decision-making process: the pilgrimage of GOP hopefuls to the Venetian, his famed Las Vegas hotel and casino, for personal interviews; the final determinations on contributions made exclusively by Adelson and his wife with practically no input from other advisers; and finally, the massive flood of cash to the chosen candidate once a decision has been made.

But for now, Adelson is putting aside his famous decisiveness in favor of a newly found cautiousness, one that’s keeping candidates guessing while driving them to try even harder to win the Jewish casino mogul’s support.

According to activists who have been in touch with Adelson, he is currently giving relatively small (for him) donations to Rubio and Cruz, his two finalists. Recent campaign finance filings show that the Adelsons have each given Cruz $2,700—the maximum allowed under the law. The Adelson couple also contributed the maximum legal amount to the presidential campaign of South Carolina Senator Lindsey Graham, a strong supporter of Israel, who has since dropped out of the race.

At the same time, a PAC organized by Adelson’s Las Vegas Sands corporation, which focuses on promoting the company’s business interests, recently gave $5,000 to Rubio. Early last year, the Adelsons donated to Rubio’s Senate re-election campaign, but Rubio subsequently announced that he would not seek another term, focusing on his presidential run instead. He therefore returned those contributions.

Although these donations may indicate Adelson’s tentative early preferences, they in no way reveal who will get the big super PAC funding Adelson is expected to roll out later on.

Making the political picture even more confusing, the Las Vegas Review-Journal, which the Adelson family recently acquired, announced its endorsement of Rubio. The paper’s editorial board crowned the Florida senator, who spent part of his childhood in Vegas, as the candidate “best-positioned to advance from the primary season and allow the GOP to win the White House on November 8.”

On the other hand, Robert Uithoven, who has done local lobbying work for Adelson, now serves as Cruz’s Nevada state director in advance of the February 23 caucus.

According to a January report in The Hill, the Adelsons’ lack of involvement in the primary race so far could stem from a difference of opinion between them. He leans toward Rubio, and she prefers Cruz. A political operative who’s been in touch with the couple confirmed to the Forward that differences exist and that “Sheldon is a little more centrist” than his wife, but the source argued that “the differences aren’t that big.”

The mixed messages are keeping both Rubio and Cruz on their toes. The two presidential hopefuls have been in contact with Adelson by phone and have met with him several times to discuss possible backing.

“We’re hopeful that we’ll have support from the Adelsons,” said Nick Muzin, a senior adviser to Cruz. Muzin, an Orthodox Jew who’s been involved in the candidate’s outreach efforts to Jewish donors and voters, said Adelson has positive views regarding the senator’s staunch opposition to the Iranian nuclear agreement from its earliest stages. “Cruz brought together a strong coalition against the Iran deal last summer,” Muzin said. “That’s the Adelsons’ central issue – are you willing to fight against your own party to defend Israel when push comes to shove.”

Rabbi Shmuley Boteach of New Jersey, whose unsuccessful run for Congress in 2012 was backed by Adelson, is also helping Cruz in his efforts to win over Adelson.

Meanwhile, Rubio, who has also forcefully declared his support for Israel during the campaign, has in addition backed Adelson’s other main political interest: restricting online gambling, an industry that could challenge Adelson’s gaming operations in the U.S. and China. In a recent South Carolina town hall meeting, Rubio stated: “What I don’t want to see is internet casinos, because I’ve seen gambling addiction ruin families, I have seen gambling expansion ruin people’s lives.”

Other candidates have also been courting Adelson, though probably unsuccessfully. Jeb Bush, the initial favorite of many Jewish Republican donors, ran into a conflict with Adelson after naming former Secretary of State James Baker as a foreign policy adviser. Baker agreed to deliver a keynote speech at a gathering of J Street, the left-leaning pro-Israel lobby, a move that irked Adelson. Bush stood his ground and did not drop Baker. Although Bush reportedly mended fences with Adelson, the candidate never made it to the billionaire’s short list.

Donald Trump, who takes pride in his self-funded campaign, has not asked Adelson for a contribution, but has made an effort to remain on good terms with the fellow billionaire. The two men met in December and discussed Trump’s stance on Israel. Trump also sent Adelson a glossy photo album of an event in which Trump was honored by the Jewish publication Algemeiner last February.

Adelson’s money will be sorely missed by some candidates as the crowded Republican field moves forward. In the early states, with their small media markets, existing campaign funds were sufficient for local TV ad buys and extensive ground operations. But Super Tuesday, on March 1, in which 13 states and one territory elect their candidates, will require much more money to purchase ads in multiple media markets.

For all that, political sources close to Rubio and Cruz doubt Adelson will step in before the picture is clear, a scenario unlikely to take place in time for Super Tuesday.

The money wasn’t enough to get Gingrich close to winning the nomination, however. Some party insiders argued then that the massive cash infusion to Gingrich only prolonged the primary race and subsequently hurt Mitt Romney, the party’s eventual candidate, in the general election. 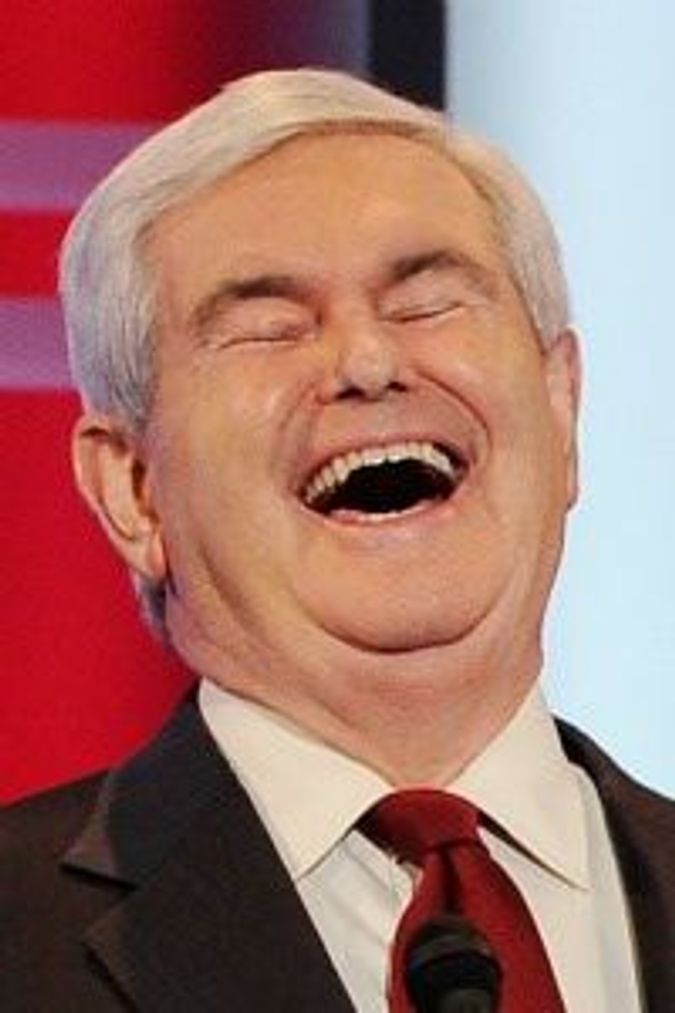 “I think he feels guilty,” an unnamed source who discussed the issue with Adelson told New York Magazine in September.

“If you look at his track record backing candidates, it is not great,” said David Damore, a political scientist at the University of Nevada, Las Vegas and the Brookings Institution. In a recent column published in Time, a former Las Vegas Review-Journal staffer confirms this view, describing Adelson’s “terrible political instincts,” which led him to put his money behind failed local campaigns. His efforts to block online gambling have also made little progress.

A spokesman for the Adelsons said the family does not discuss their donations, support or anything else related to politics.

“In terms of national politics, the two main issues are unions and support for Israel,” said Damore, describing Adelson’s interests. On the local level, he noted the casino mogul’s battles against the Nevada public utility commission and the Las Vegas Convention Authority.

But for presidential candidates seeking Adelson’s support, it is mainly about Israel. The Adelsons are staunch supporters of Prime Minister Benjamin Netanyahu and back him through a daily newspaper they own in Israel. The couple has also taken on the issue of battling efforts to boycott Israel, especially on college campuses.

Waiting on the sidelines while other donors are already funding candidates and shifting their support from one to another, depending on the state of the horse race, comes with little risk to Adelson’s status as a Republican kingmaker. Come April, the candidates will make their way to Vegas once again for the Republican Jewish Coalition’s spring meeting, which Adelson will host at his Venetian hotel.

“Anyone else would lose some clout if he didn’t get involved early on,” said a Jewish source involved in Republican politics, “but when you’re giving so much money, it doesn’t matter when you step in.”

Sheldon Adelson’s Still on the Sidelines: The GOP Asks Why?