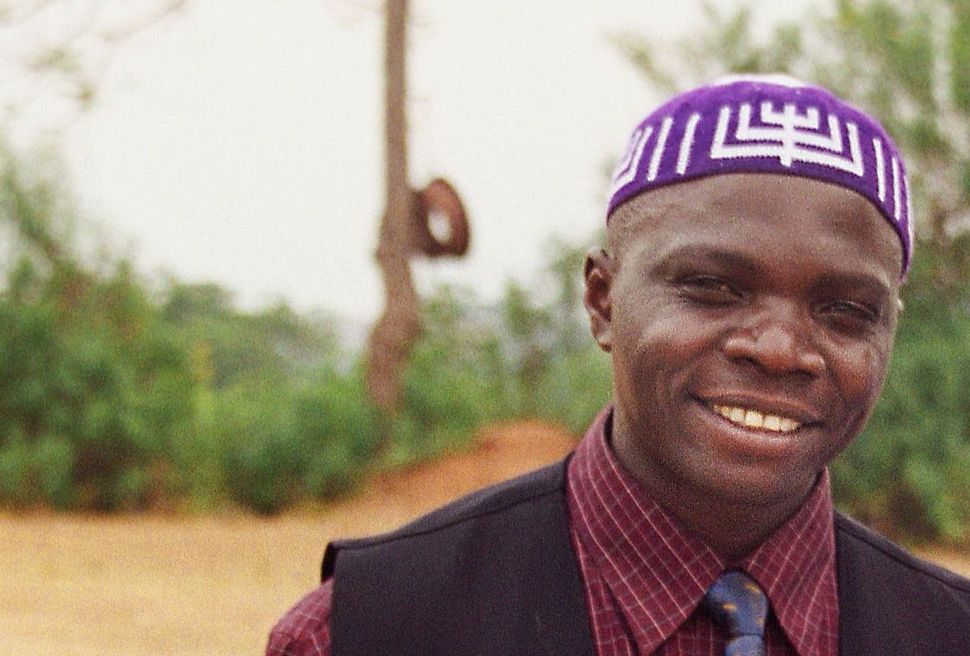 Far from political discussions about Bernie Sanders and the meaning of secular Jewish socialism, Jewish political history has just been made — in Uganda.

An African Jew, and chief rabbi, no less, has just won a parliamentary seat, a first for the country.

On February 19, Rabbi Gershom Sizomu, the spiritual leader of the century-old Abayudaya Jewish community, was named the winner in a heated race among eight candidates, including two main rivals from Uganda’s ruling National Resistance Movement party. Sizomu, who ran with the main opposition party, will represent Bungokho North, a rural district outside the town of Mbale, about an hour’s drive from the Kenyan border.

One of Sizomu’s ruling party opponents is contesting the vote, which was very close, and has a short window to make his case before a judge. But unless he prevails, Sizomu will take his place at the opening session in May of Uganda’s parliament, which consists of some 380 members, divided among government, opposition and independent factions.

“I am a representative of all people in my district — regardless of religion or tribe,” said Sizomu. “But this will also be the first time our community of Ugandan Jews will be represented. Now they will see that we exist, that we are participating in our country’s development and growth.”

The Abayudaya community, which now numbers around 2,000, traces its origins back to 1919, when an influential military and religious leader named Samei Kakungulu declared himself a Muyudaya — “Jew” in the local language — and led a sect of Ugandans away from the Christianity that had been imported by missionaries and into their own self-taught practice of Judaism.

The Abayudaya had sporadic interaction with Jews from abroad — including Jewish traders in the 1920s and an Israeli diplomat who advocated on their behalf in the 1960s — which bolstered their connection with Judaism.

But the violent rule of the dictator Idi Amin, who came to power in the 1970s and made Judaism illegal, led many to hide their Jewishness or convert to Christianity and Islam. “We went underground,” Sizomu said. 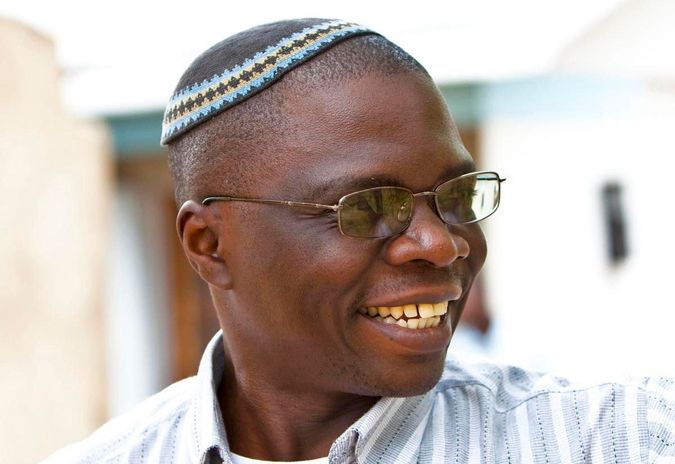 These turbulent years were also a formative time for Sizomu, who was born in 1972. “I learned it is dangerous to be a minority and have no political power,” he said. “We were not allowed to express our Judaism. Our synagogues were destroyed. No singing Jewish songs, no Sabbath.”

In 1979, Amin was pushed out of power. (“It was April, during Passover,” Sizomu said, a symbolic date in the Jewish calendar for a dictator to fall.) In the following years, the small community began to rebuild.

The tiny group lives today in a country of 37.5 million, of which about 85% are Christians—split evenly between Catholics and Protestants—and 12% are Muslim.

Kulanu, an American group that supports isolated Jewish communities, first visited Uganda in 1995 and years later organized group conversions overseen by Conservative rabbis. Sizomu also began seeking out rabbinical ordination. In 2003, he enrolled — with the backing of Be’chol Lashon, another American group that promotes Jewish diversity — in the Ziegler School of Rabbinic Studies at American Jewish University in Los Angeles.

Rabbi Bradley Artson, who ordained Sizomu in 2008 and helped install him as chief rabbi in Uganda the same year, remembered his student as having a “grand vision for his people, his community, and his region.”

That has become a two-pronged vision: religious — Sizomu set up the first Abayudaya yeshiva the same year he was ordained and continues to act as the community’s spiritual leader — and now political.

Still, entering the Ugandan political arena was not a decision Sizomu took lightly.

President Yoweri Museveni has been in office for three decades, and Ugandan elections are plagued by irregularities and political bullying. President Museveni’s main opponent, Kizza Besigye, was detained shortly before the February 19 election day and is still being held. Museveni won re-election with 60% of the vote, and Besigye secured a little over 35%, according to official results. But European Union observers criticized the widespread “atmosphere of intimidation.”

Once elected, members of parliament continue to face daunting challenges amid the widespread political intimidation and foul play.

Human rights abuses, as recorded by international observers, are ubiquitous and woefully persistent. Child prostitution is a problem; journalists are harassed and imprisoned; academic freedom is restricted; public protests are broken up by force; and the list goes on. The parliament moved to criminalize homosexuality in 2014. Although the legislation was ultimately unsuccessful, gays and lesbians still face societal stigma and violence.

All of this weighs on Sizomu’s mind. The issue of homosexuality, in particular, came up during the election, where his political stance on gay rights put him at odds with his rivals.

“I am not shy to say — gay people deserve to be treated with respect, that they have their human rights,” Sizomu said. This is a rare stance in Uganda. It is a view informed by his time as a rabbinical student in California, he said, and sense of Jewish morality. “People don’t choose to be gay. It is inhuman to punish someone for something they cannot change.”

Sizomu first sought a seat in parliament in 2011, but lost a fiercely contested race (Sizomu alleges there was ballot-stuffing involved). Elections take place every five years, and this past fall Sizomu announced he would be running again.

With the 2011 defeat in mind, Sizomu said his platform as a parliamentary member involves tackling corruption. Sizomu will also push for improved roads and health services for his rural and mountainous district, which is made up of about 400 remote villages.

Rabbi Richard Camras leads Shomrei Torah Synagogue in Southern California and hosted Sizomu during his years of rabbinic studies on the West Coast. Camras remembers Sabbath table conversations, now years ago, with Sizomu, where politics and spirituality intermingled. “He always had political aspirations,” said Camras. “And he would also talk about his belief that many lost Jewish tribes ended up in Africa. He said he wanted to bring Judaism to large swaths of the African continent.”

Tudor Parfitt, director of Florida International University’s Global Jewish Studies program, has spent years studying African Jewish movements — which, far from being limited to Ethiopia’s Beta Israel, can also be found in South Africa, Zimbabwe, Kenya, Nigeria and elsewhere. He predicts that Sizomu’s move to the national stage will amplify the small but dynamic African Jewish story taking place across the continent.

“There is a growing sense among some Africans,” said Parfitt, “that Judaism is the religion of liberty.”