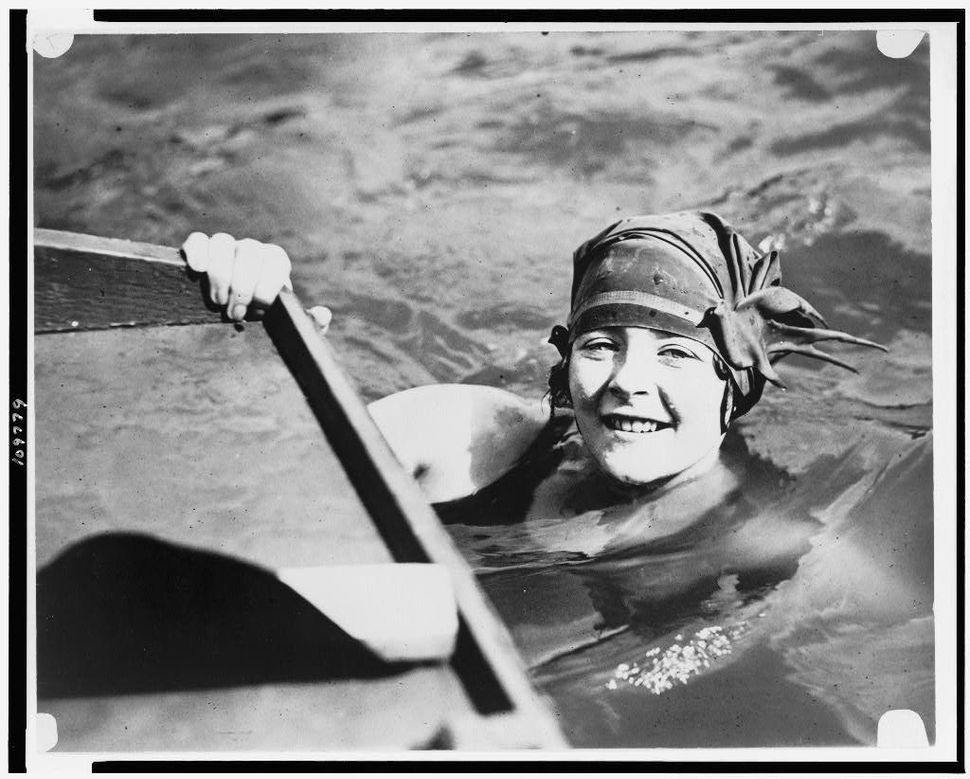 The latest collision between the religious laws that govern Hasidic Jewish life and the laws of the City of New York is happening in an unlikely place: A public swimming pool in Brooklyn.

Following a string of stories in local media last week, the New York Times editorial page inveighed on Wednesday against a decision by the New York City Parks Department to continue to allow women-only swimming hours at an indoor public pool in Williamsburg.

The pool had set aside time for the exclusive use of female bathers for the past two decades, but was poised to stop after the New York City Commission on Human Rights, a government agency, warned that the gender-segregated hours could break city law.

Complaints from New York State Assemblyman Dov Hikind, who represents Boro Park, Brooklyn’s other heavily-Hasidic neighborhood, averted the change, and, for the time being, the women-only hours at the Williamsburg pool will continue.

The concession is unique among the city’s many public pools and beaches, and is meant to accommodate the religious practice of Williamsburg’s Hasidic Jewish community, whose members will not bathe in front of people of the opposite gender.

For Hasidic leaders, the women-only hours are a matter of equal access to public services. “It is a question do we believe in equality or not?” said Rabbi David Niederman, director of the United Jewish Organizations of Williamsburg, a social service organization serving the neighborhood’s Hasidic communities. “Is our interest to ensure that every citizen should have the opportunity?”

Niederman told the Forward that Hasidic men didn’t use the facility, as it offers no men-only swimming hours, but that the availability of the pool was particularly important for Hasidic women. “Men are much more active,” Niederman explained. “They go, they walk, they go to work. They’re all day outside. Women are more homebound… Especially women who have a lot of children, that type of exercise [swimming] is very healthy for them. Depriving that…it hurts.”

Niederman praised Hikind’s efforts to save the women-only hours. The New York Times editorial board, in their Wednesday column, disagreed. The editorial called the Parks Department decision to allow the sessions to continue a “a capitulation to a theocratic view of government services.” It argues that partially closing a public pool to satisfy one group’s religious needs is an abrogation of the city’s human rights law, and it carries a “strong odor of religious intrusion into a secular space.”

As the Hasidic community has grown in New York City, so have opportunities for their strictly-governed way of life to rub up against city and state laws and regulations. In 2012, a spokesman for a Williamsburg Hasidic group threatened civil disobedience against a city effort to regulate a controversial circumcision rite. In 2013, the Commission on Human Rights sued Hasidic-owned businesses in Williamsburg that had hung signs in their windows banning people wearing “low cut necklines” from entering their stores. And advocates continue to claim that Hasidic yeshivas in Brooklyn systematically fail to provide boys with secular education as required under state law.

The current effort to end the women-only hours came after an anonymous complaint to the Commission on Human Rights. The Parks Department now says that the matter is under review. In the meantime, Orthodox advocates are pushing back. In a letter sent to the New York Times and shared with the Forward, Agudath Israel of America director of public affairs Rabbi Avi Shafran called the women-only hours a “reasonable accommodation.”

“Rescinding the special sex-segregated hours would be the equivalent of a sign saying, ‘No people with traditional values allowed,’” Shafran wrote. “The classical concept of modesty that is embraced by many citizens may have its roots in religious systems. But reasonable accommodation of the needs of such New Yorkers is not an endorsement of any religion.”