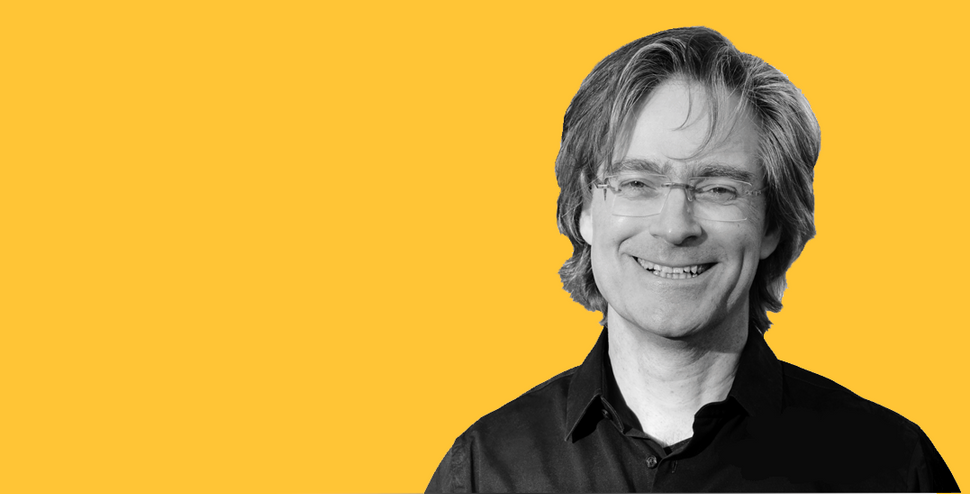 Whole Foods CEO John Mackey is standing by his friend Marc Gafni, a controversial New Age guru and former rabbi accused of abuses of power through his career, including molestation of a teenage girl.

Mackey until recently sat on the board of Gafni’s think-tank, Center for Integral Wisdom. Activists have been pushing Mackey to publicly denounce Gafni.

In a recent statement given through a publicist Mackey said he did not condone sexual assault — but would believe Gafni was innocent until he was proven guilty, and that he would remain loyal to his friend.

“Loyalty and the presumption of innocence are important values to me, so I will not join those who are condemning him,” Mackey said. “I am, at once, presuming Marc’s innocence and firmly standing against what he’s accused of.”

The statement appeared first in a LinkedIn post by Nancy Levine, a recruiter in Marin County who has been blogging regularly about Gafni. Julie van Amerongan, director of programs and events of Conscious Capitalism a business ethics group at which Mackey is a board member, emailed the statement and verified it in a later exchange with the Forward.

Van Amerongon said that the statement was given to her in May, though it does not appear to have been published anywhere, and that it “makes clear his alignment with our organization’s stated values.” 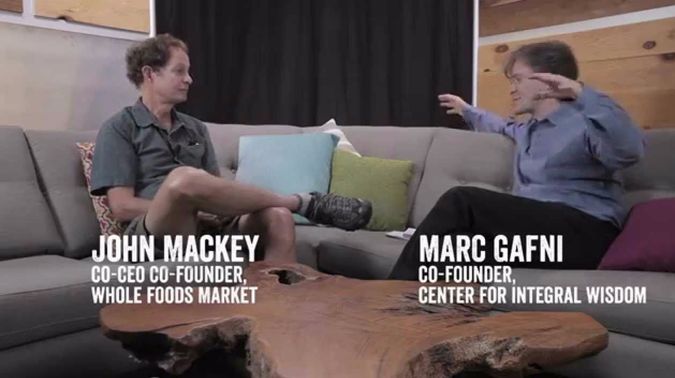 Loyalty: Gafni and Mackey speak during a 2014 summit about business ethics filmed in Boulder, Colorado. Image by YouTube Screenshot

Gafni was born Mordechai Winiarz in 1960 and attended Orthodox yeshivas in the New York area. He emerged as a popular youth leader in his twenties.

Early reports of sexual impropriety, which came to light in a 2004 article in the New York Jewish Week by Gary Rosenblatt, date back to those years.

The New York Jewish Week spoke with a then-anonymous woman who said a 19-year-old Gafni had “repeatedly sexually assaulted” her beginning in 1980. “She was 14 going on 35, and I never forced her,” Gafni said in an interview with that paper.

That woman, Sara Kabakov, came forward publicly for the first time in this newspaper last year. She says that Gafni molested her.

“When I was 23 — the age past which, according to New York state law , a person who suffers abuse as a minor loses the ability to press charges — I was still trying to get away,” Kabakov wrote. “I was unable to think about what had happened to me.”

Under New York law, child sex abuse victims must file civil suits against those they hold accountable for their abuse by the time they are 23. Many experts say that it can take decades—well into adulthood—for someone who has been abused as a child to come forward.

No charges were ever filed and Gafni said that this was a consensual relationship.

Gafni was also accused of having relations with a 16-year-old female student from a youth group he led in 1986.

Gafni’s wrote books, hosted a television show and his career seemed to thrive.

But in 2006, several female members of Gafni’s Israeli community came forward to say that Gafni had being having affairs with each of them.

The spiritual community in Israel folded and Gafni disappeared from the Jewish world. He moved to Utah.

In 2010, he formed an “activist think tank” called The Center for Integral Wisdom.

Members of that center, which formerly included Mackey, have been among his most vocal supporters.

In May demonstrators gathered at a Whole Foods supermarket on the Upper West Side in New York to protest the relationship between Mackey and Gafni.

Rabbi David Ingber, the spiritual director of Romemu and onetime student of Gafni’s, spearheaded the protest.

“Real people have suffered from his pathology and real people have been silenced while Gafni lied and covers up his sickness,” Ingber wrote in an online post last year, explaining why he was coming forward to campaign against a former associate. “Gafni convinces people to defend him (or they feel compelled to do so) and so the game goes.”

Mackey’s full statement is below:

“I want to make it crystal clear that I do not condone sexual assault, harassment, or abuse in any form. I have known Marc Gafni for several years, and he has continued to tell me that he is innocent of the allegations being made about him. Loyalty and the presumption of innocence are important values to me, so I will not join those who are condemning him. At the same time, I understand the devastating effects of abuse, and my heart goes out to any and all victims of sexual abuse everywhere. I am, at once, presuming Marc’s innocence and firmly standing against what he’s accused of.”