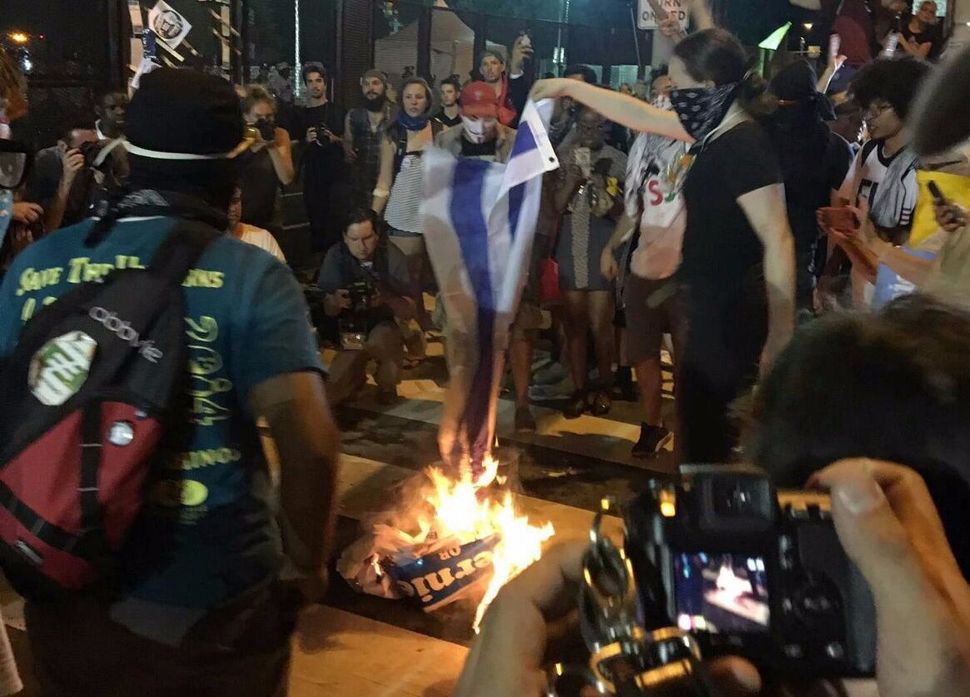 A pro-Palestinian protestor wearing a bandana over her face and chanting “long live the intifada” burned an Israeli flag outside the Democratic National Convention in Philadelphia last night, reported the AP.

The anti-Israel demonstration came as a crowd of 2,000 protestors marched on the convention last night, shouting pro-Bernie Sanders chants and holding signs reading “Bernie or Bust” and “Bernie Trumps Hate.” Dozens of people were detained, though no arrests were made.

Other protestors added placards supporting Bernie Sanders to the fire and joined in the chant. It was unclear if the protesters were angry at Sanders for not pressing a fight for harsher criticism of Israel — or his decision to back Hillary Clinton.

Disgusting and totally reprehensible. These protestors aren’t only wrong, but are fundamentally anti-progressive. https://t.co/aL4aub3Rua