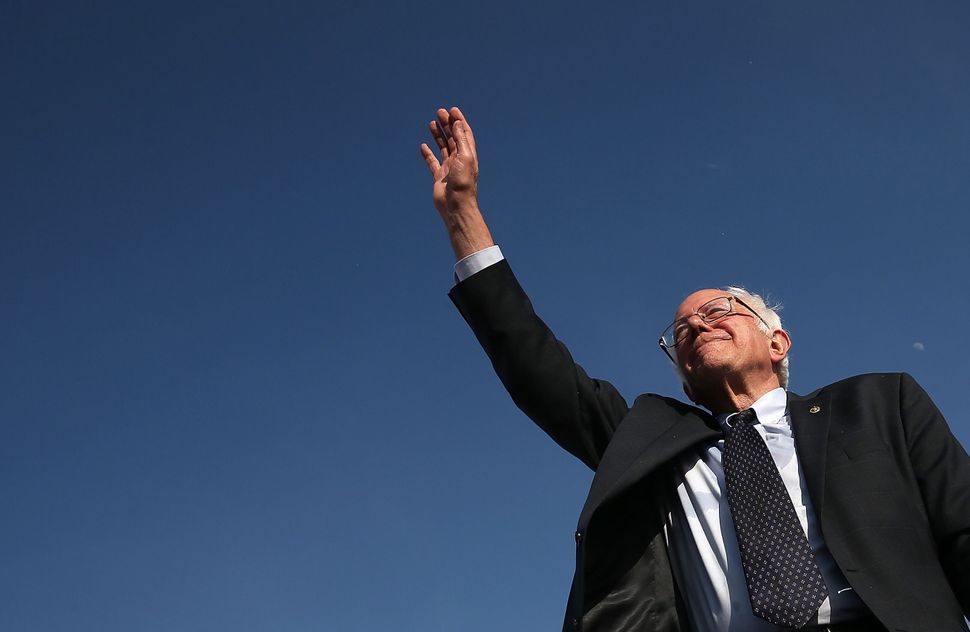 Washington – The first Jew with a shot at the White House used to be known for his inability to talk about anything except American economic injustice.

But now Bernie Sanders is increasingly emphasizing his lone foreign policy interest: the Israeli-Palestinian conflict, and Palestinian suffering in particular. And that could set the stage for a floor fight at the Democratic convention this summer that would put the party’s disagreements about Israel — and about who its nominee should be — on display for all to see.

Amid reports reports that Sanders would use his large delegate count at the convention in Philadelphia to revise the party’s stance on Israel, the Democratic candidate put three representatives with critical views of Israel on the party’s platform drafting committee.

The move is unlikely to change the platform’s language, which supports a two-state solution, but does not mention the rights of Palestinians. What it could do is erupt into a public spat that the party would rather keep hidden from its pro-Israel donors.

Sanders would like to include in the platform explicit reference to the Israeli occupation of Palestinian lands, recognition of the Palestinian right to statehood and wording that would frame the Israeli-Palestinian conflict as a two-sided issue, instead of viewing it only from the Israeli perspective. An official draft of his desired changes has yet to be introduced, according to a source with direct knowledge of the document.

Democratic pro-Israel establishment types say the proposed changes will be dead on arrival.

“No chance,” responded Robert Wexler, a former Democratic congressman and a Clinton supporter who was involved in the past in drafting the platform articles, known as planks, on Israel. “Senator Sanders does not speak for the Democrats and his comments at times displayed a stunning ignorance.”

But Sanders supporters warn not to count them out. They smell an advantage among the grassroots party activists who lean to the left on Israel and are anxious to use a floor fight as a chance to make their voice heard.

“I think the needle has moved,” said James Zogby, president of the Arab American Institute and one of Sanders’ choices for the platform committee. Zogby, a longtime advocate for Palestinian rights, said the moment is ripe for shifting the language on Israel in a way that will “recognize the interest of both sides.” 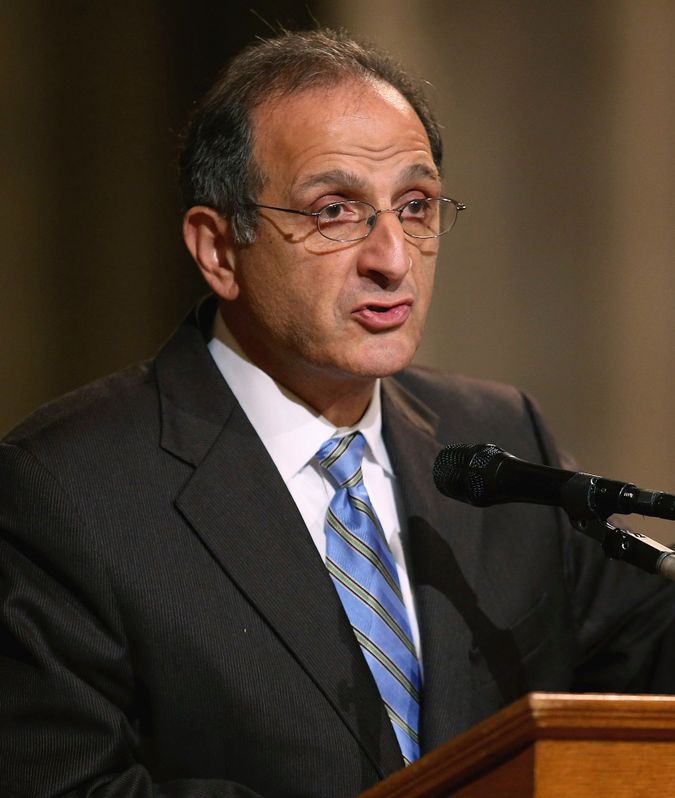 James Zogby, president of the Arab American Institute and one of Sanders’ choices for the platform committee. Image by Getty Images

The Democratic establishment is stuck in the middle. They see Sanders’s provocative committee picks as a pointless maneuver and the ensuing controversy over Israel as a “mountain out of a molehill,” as one DNC source put it.

With neither side in the mood for compromise, the stage could be set for an explosive debate over Israel the likes of which has rarely grabbed the national political spotlight.

The Democratic National Committee offered the Vermont senator 5 seats on the 15-member platform drafting panel to Sanders in part to ease inter-party tensions looming over the protracted fight for the nomination. Clinton, who enjoys a large lead over Sanders and is expected to clinch the nomination in early June, was awarded 6 seats on the committee; the DNC appoints the remaining members. This committee writes the platform and then sends it to a bigger committee for approval; finally, the entire convention will vote on it.

Zogby, who currently serves as co-chair of the DNC’s resolution committee, has been actively trying to advance a two-state solution for decades and has been critical of the party’s approach to the conflict. Ellison, who holds strong ties to the Jewish community, has voiced in the past his criticism over Israel’s policy in the West Bank and Gaza and has called for an American role that takes into consideration the needs of Palestinians. West, a prominent African-American activist, has used harsh language to describe Israel’s actions and expressed support for the movement seeking to boycott, divest, and sanction Israel.

Sanders didn’t pick these three — the other two are author and environmental activist Bill McKibben and Native American activivist Deborah Parker — solely for their positions on Israel.

“Bernie and I have stood side by side throughout the years in the fight for a fair economy, justice, and climate action,” wrote Ellison in a statement about his selection that didn’t mention the Israel-Palestinian conflict. 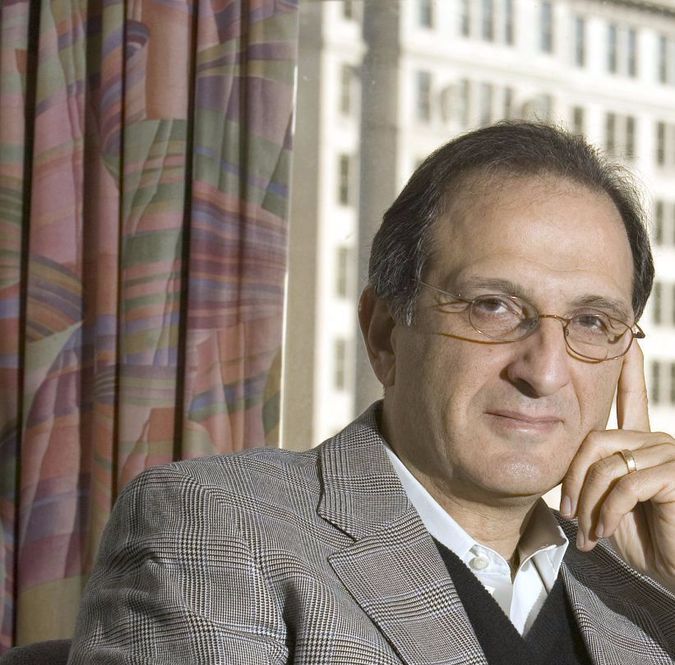 Sanders’s selection of drafting committee members indicates he is serious in his attempt to move the Palestinian issue to the front burner, but he will still face a majority of Clinton and DNC committee members who, despite dovish positions held by some, will likely support the current position on Israel.

But Sanders made his picks because of the positive reactions his campaign has been getting from progressive supporters since he began raising the issue of Palestinian rights in early April, and because despite the breakdown the composition of the committee, he believes this is an opportune moment to challenge the status quo on Israel, according to two Democratic insiders. One requested anonymously because of DNC policy; another, an advisor, said he doesn’t want to be identified with any side of this debate.

Also, the drafting committee often includes opposing planks in the version of the platform that it sends to the larger committee. If Sanders can secure support for his proposal from 25% of those committee members, it will go to a vote on the convention floor as a “minority report,” thus drawing attention to the issue on the most important Democratic party stage.

A new Pew Research Center analysis published May 23 seems to support this claim, indicating that for the first time in more than a decade, the percentage of liberal-Democrats sympathizing with Palestinians is greater than those feeling sympathy to Israel.

“The consensus has shifted toward a more balanced language,” said Zogby. “Liberals now are now 40% of the Democratic base.”

Sanders initially ignored the Israeli–Palestinian conflict in his stump speeches but became increasingly outspoken on the issue as the campaign moved forward, reaching a defining moment during the April 14 Brooklyn debate in which he cornered Clinton, pushing her to express criticism of Israeli actions in Gaza and to distance herself from prime minister Netanyahu.

But the Clinton camp has no intention of considering any revision of the platform, which puts support for a two-state solution in the context of America’s commitment to Israel’s security.

“Hillary Clinton’s views on Israel and the U.S.-Israel relationship are well documented and she’s confident that her delegates will work to ensure that the party platform reflects them,” Jake Sullivan, a senior policy adviser to the candidate told JTA.

The last time Democrats launched an effort to change the platform on Israel was in 1988, when backers of Rev. Jessie Jackson sought to include language recognizing Palestinians’ right for self-determination. The plank was rejected at the time by a large majority.

“If Senator Sanders has an ounce of sense, he won’t try to promote his positions on Israel at the conference,” said Wexler. The former congressman launched a fierce attack on Sanders in an interview with the Forward. “The saddest reality of all is that Senator Sanders is the first Jew to win a presidential primary but very few people in the Jewish community can feel a sense of pride because of his expressions on Israel.”

Wexler went on to argue that Sanders’ comments, which centered on a claim that Israel used excessive force against Palestinians, “have given credence to some of the most anti-Israel voices in the world.” 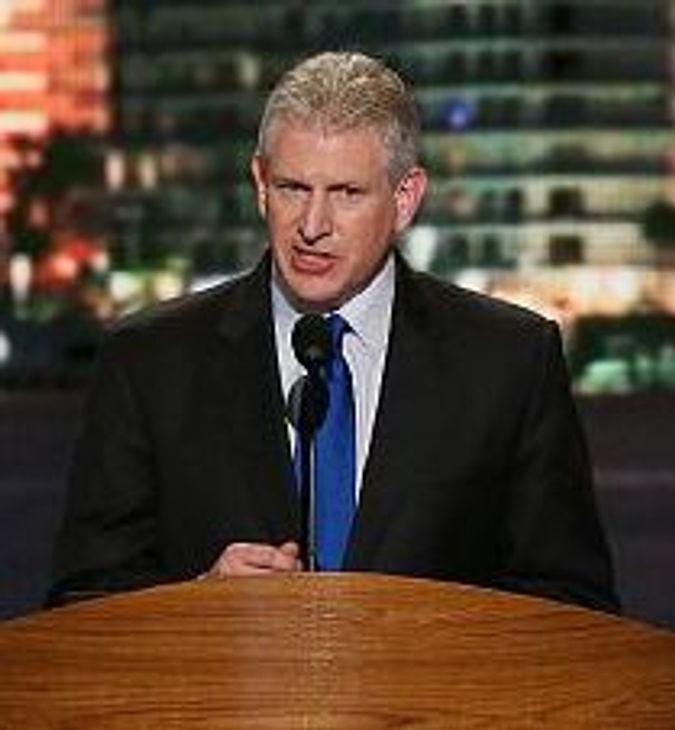 If history offers any clue, debating issues relating to Israel on the convention floor could be contentious. In 2012, the Democratic convention was thrown into momentary chaos, when the party tried to add a last minute reference of Jerusalem to the platform. Party leaders’ attempt to re-insert language supporting Israel’s view on Jerusalem, which was initially omitted from the platform, was met with a loud protests from the crowd and was adopted eventually despite what many observers understood to be a tied voice vote.

Debating a broader change in policy toward Israel on the floor this year, especially with a large minority of Sanders supporters participating as delegates, could prove to be even messier, and while a Sanders minority report vote on Israel will probably fail, it could draw attention to a split within the party that Democrats would rather keep hidden from their pro-Israel voters.

Sanders supporters insist they are seeking real change, not an embarrassing row. But a DNC source, who citing the party’s policy of neutrality toward candidates would not speak on record, expressed concern that Sanders, the ultimate outsider, may not care about the party’s image or the need for a smooth convention. “He doesn’t owe the party anything and he’s not going to run again,” the source said.

Sanders’ supporters believe he can make it happen, and that there might be a real chance the word “occupation” will be included in the Democratic platform.