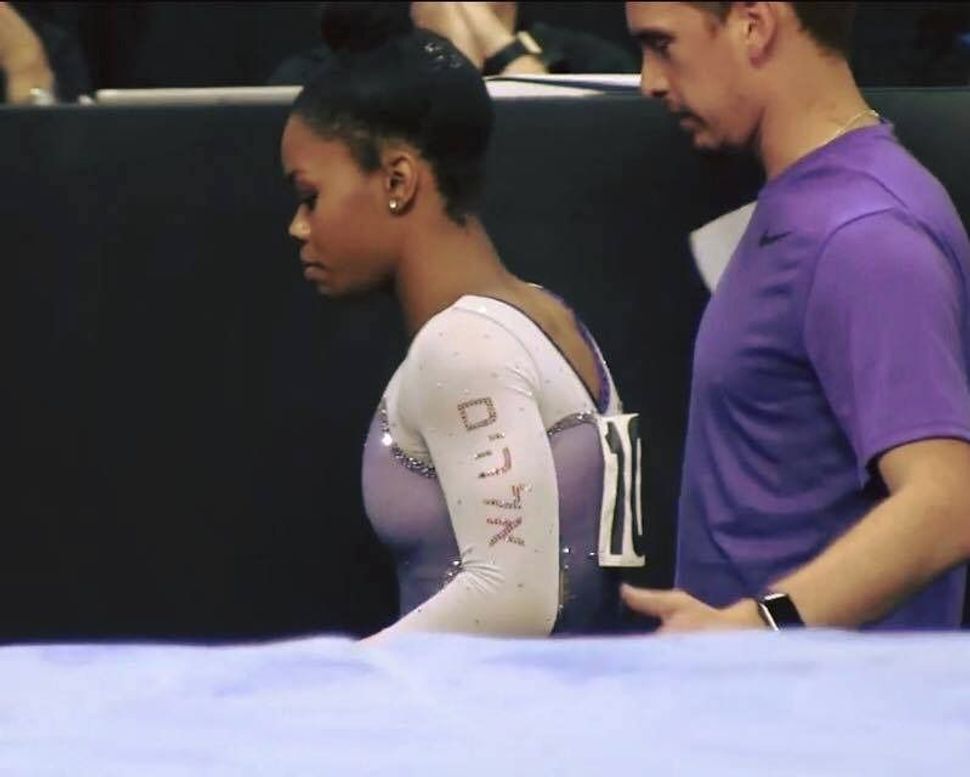 As American Jews (and their media) are fawning over Olympian gymnast Aly Raisman, fewer know about her teammate Gabrielle Douglas’ complex religious background — a mixture of Christianity and Judaism.

“I used to be Jewish,” she wrote in her 2012 memoir. “Well not exactly Jewish — but my family practiced some of the Jewish traditions.”

Douglas, whose team won gold in Rio and who in 2012 was the first U.S. gymnast to receive both the all-around gold medal and the team gold in a single Olympic Games, has said that “Christ strengthens” her but also practiced some “Jewish traditions.”

She was raised in Virginia going to a Pentecostal megachurch and also briefly attended Temple Israel, a Conservative congregation in 2004, according to her memoir. (The temple’s rabbi had no recollection of her family’s attendance.)

She told Teen Vogue she loves “spinning the dreidel during the holidays.” More recently, her Olympic playlist includes songs from Christian musical acts and earlier this year she wore a leotard emblazoned with Hebrew letters spelling out “Elohim,” one of the many names used for God in the bible. 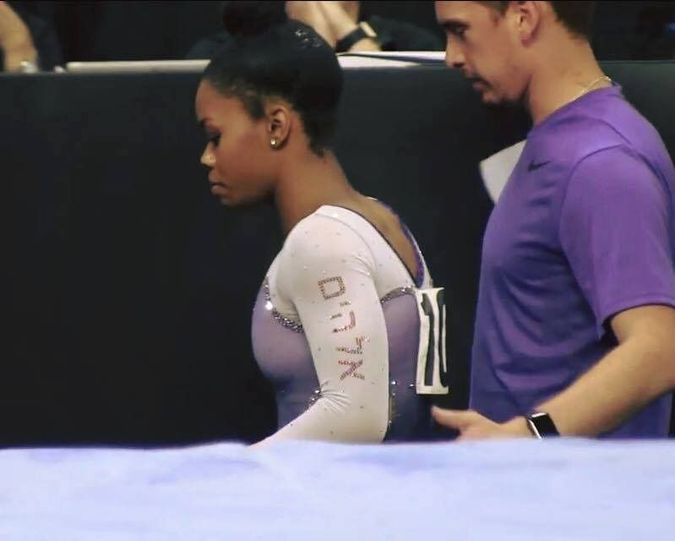 And the early design for the outfit, designed by her sister, according to the producer’s website:

Faith is a central theme to her memoir “Grace, Gold, and Glory,” and she has also explored the topic of her beliefs in multiple interviews.

“My mom has always taught me and my siblings the Word, and I don’t know what I would do without my faith and strong beliefs,” she wrote. “When I got hurt, I would just meditate day and night, ‘By His stripes I am healed.’ And when I was having struggles in the gym, if I kept falling multiple times, I kept quoting, ‘I can do all things through Christ who strengthens me.’”

At the same time, she continues to express her love of parts of Jewish culture. “I really love matzo ball soup and I just had matzo ball soup recently,” she told Religious News Service, “and it’s just one of my favorite Jewish meals.”