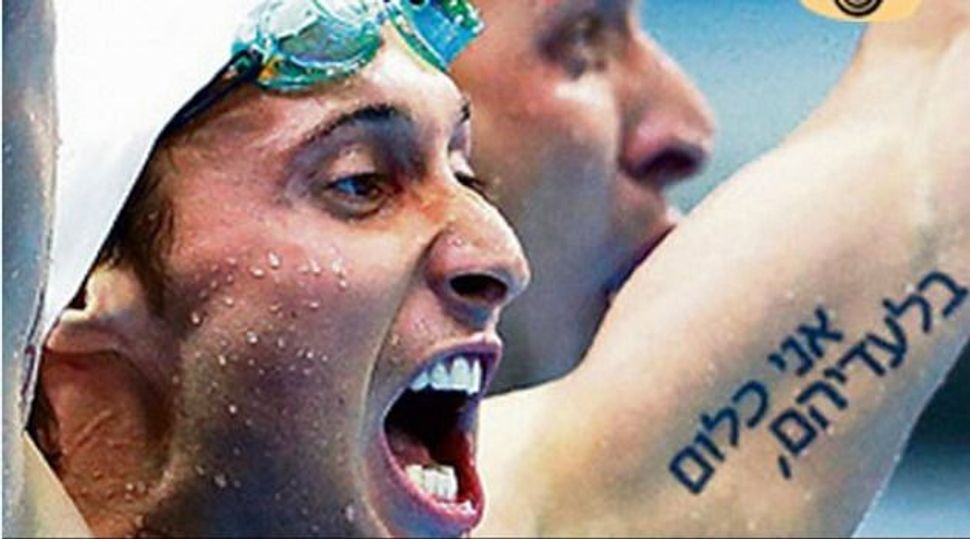 French Olympic swimmer Fabien Gilot said the Hebrew tattoo on his left arm is a tribute to his late grandmother’s husband, a Jewish survivor of Auschwitz.

Gilot, who is not Jewish, said the tattoo is dedicated to his family and honors Max Goldschmidt, who has been a large influence in the Olympic champion’s life, Ynet reported. The tattoo says “I’m nothing without them.”

He revealed the tattoo, which is on the inside of his left arm, after exiting the pool following his team’s gold medal-winning performance this week in the 4×100-meter freestyle relay in London. It created a stir in Israel and around the world.

The swimmer has previously discussed his tattoos in the French media, claiming “they all have a meaning for me.” He noted that “I have the Olympic rings, a sentence in Hebrew that means ‘I am nothing without them’ for my family and three stars – one for each of my brothers.”