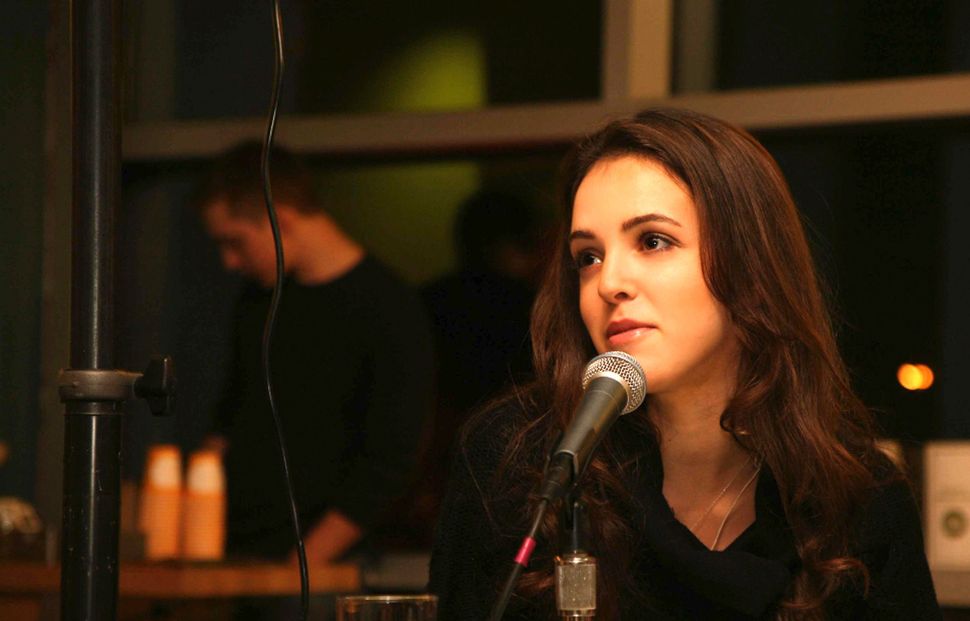 Erin Schrode has a message for the “alt-right” – she’s not going to take it anymore and she thinks the group’s name is bogus.

“I am done with the term ‘Alt-Right’ for those who are effectively modern-day Nazis and Ku Klux Klan, for those who attack me personally with unspeakable, unabating venom, for those who brutally and inexcusably denigrate Jews, women, people of color, LGBT, immigrants, Muslims, the list goes on,” the environmental activist and former candidate for the House of Representatives wrote in a Thursday post for the Huffington Post.

She added that Donald Trump’s election as president marked the ascendance of the ‘alt-right,’ a loose collection of white supremacists, white nationalists and related individuals once relegated to the margins. “This is no longer a fringe group, not a few lone actors under the cloak of darkness, no small subset of anonymous individuals; this is a concerted effort currently embedding itself in the heart of Washington, D.C. — policymakers, lobbyists, think tanks, institutes, and the new administration itself — in attempt to mainstream monstrous views and tactics that support a white majority and pro-white ideals they treasure and promote.”

Shcrode, who challenged California Rep. Justin Huffman for his seat in a Democratic primary back in June, has been faced with a torrent of anti-Semitic insults and threats since the race brought her national attention. JTA reported then that Schrode was the movement’s members “doxed” her, hacker parlance for releasing someone’s personal information and whereabouts on the Internet.

According to Schrode, the problem has continued since then, with Internet trolls from the “alt-right” harassing her as she protests the construction of a pipeline on the Standing Rock Native American reservation in North Dakota.

After Schrode was hit with a rubber bullet there at a demonstration in November, she wrote that she received messages that wished a more violent fate upon her — not a remote idea given the violence that has marked those protests and the heavily militarized police response.

Ultimately, Schrode said, Americans should not wait to see whether the Trump administration conforms to the plans of the “alt-right,” but rather organize now to defeat the president-elect and his fellow travelers.

“We cannot wait and see what type of administration this will be; we know in concrete terms. It is one that condones anti-Semitic views, racist tendencies, discriminatory policies, blatant sexism, and white supremacy,” she wrote. “We must stand in solidarity with and do all we can to protect the persecuted and most vulnerable among us. We can neither yield to nor compromise with bigotry.”