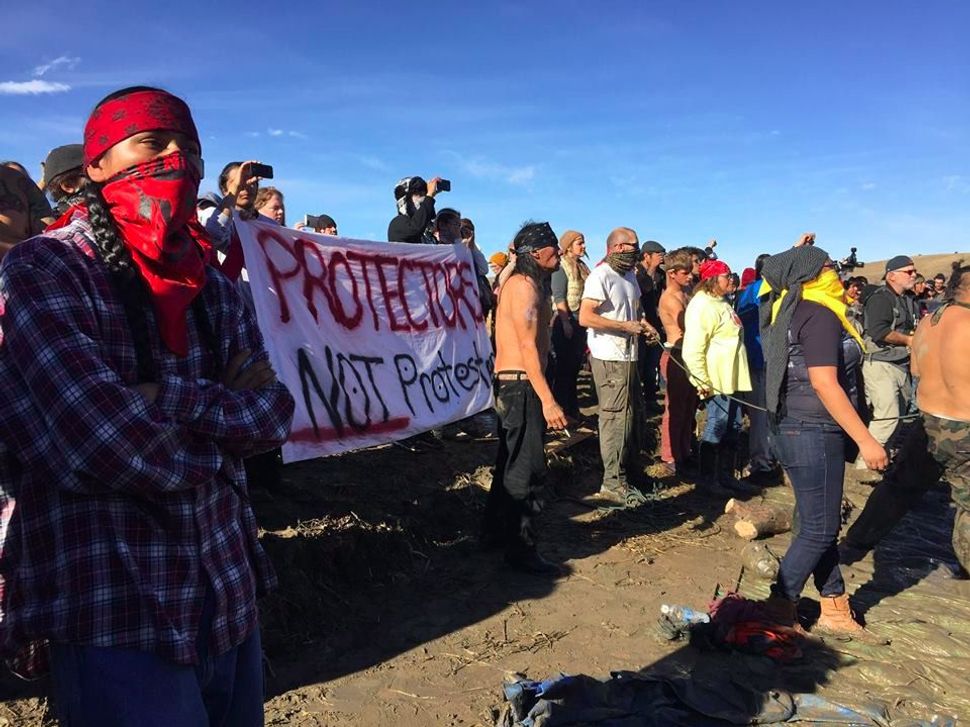 — Erin Schrode, a self described citizen activist and journalist, appeared to be shot by a rubber bullet while conducting an interview with a Native American man on the sideline of the protests at Standing Rock.

The Native American-led protest is over an oil pipeline that would run near the Standing Rock Indian Reservation on the border of North Dakota and South Dakota. Thousands of pipeline resistance supporters have gathered at the reservation since mid-September.

Schrode, 25, who had been filming her interview, posted a video on Facebook Thursday that shows her in the middle of her interview the day before crying out in pain and falling to the ground following a loud popping noise. People can be seen rushing to her aid.  Schrode wrote that police shot her in the lower back with a rubber bullet, though this is not seen on the video.

I was shot by militarized police WHILE interviewing a man on camera at #StandingRock…and here’s the footage. #NoDAPL https://t.co/FfWiSCbiKf pic.twitter.com/4DRwNPkfZ9

She described the incident in detail in a Facebook post. “I was just shot. Militarized police fired at me from point blank range with a rubber bullet on the front lines of Standing Rock,” she wrote.

“My body will be okay, but I am hurting, I am incensed, I am weeping, I am scared. Peaceful, prayerful, unarmed, nonviolent people on one side of a river; militarized police with armed vehicles and assault weapons occupying treaty land on the other, where sacred burial grounds have already been destroyed. What is happening here in North Dakota is like nothing I have ever seen in my life, anywhere in the world,” the post continued.

On Sunday, Schrode said in a Facebook post that police claim she was not shot, despite what she describes as dozens of witnesses, as well as the video taken from her cellphone.

“If police are actually unaware that a rubber bullet was discharged and struck an individual, that is a massive issue in and of itself,” she wrote, adding: “I will continue to stand in solidarity with my brothers and sisters at Standing Rock, though the thought of being within striking distance of police brings on a wave of terror in a way that it never did prior to Wednesday.”

In June, Schrode lost to incumbent Jared Huffman in the Democratic primary for a House of Representatives seat from Northern California’s 2nd District. Days before the election, Schrode was flooded with anti-Semitic social media and cellphone messages.