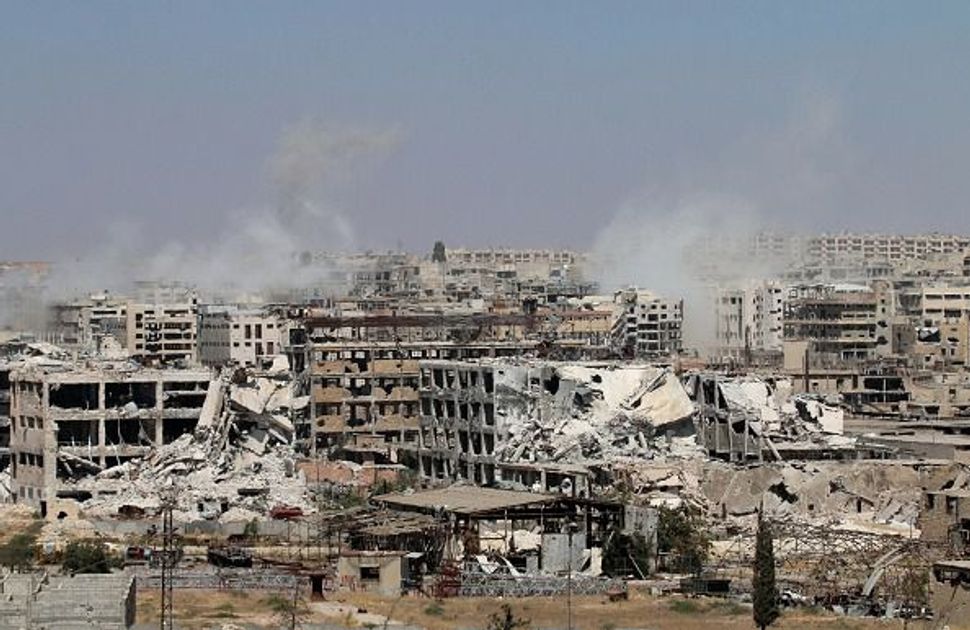 Jewish history in the Syrian city of Aleppo all but ended in October, when an Israeli businessman and moderate rebels helped smuggle out of the country the last Jewish family in town — but not everybody escaped.

The Halabis had lived in Syria through more than four years of internecine civil war, shuttering themselves in their Aleppo home to avoid the bloodshed wracking their hometown, according to a report in Britain’s Telegraph newspaper.

But New York resident Yoni Halabi, son to Mariam Halabi and sibling to Gilda and Sarah Halabi, started to fret about his family’s safety and got in touch with a rabbi whom he thought could help. The rabbi reached out to Moti Kahana, an Israeli businessman aiding Syrian refugees, who in turn contacted moderate rebels from the Free Syrian Army. They agreed to help rescue the family from Syria.

A knock came at the door one night in October, and the family traversed hostile terrain, including Islamic State and al-Qaeda checkpoints, before arriving in southern Turkey and eventually Istanbul.

They initially wanted to go to New York, to be reunited with Yoni Halabi. But Kahana informed them it would be easier to obtain a visa for Israel. That meant Gilda Halabi, who had converted to Islam when she married her husband Khalid, couldn’t enter Israel as an immigrant; neither could her husband or children. They subsequently returned to Syria, where they reside in uncertain conditions, while Mariam and Sarah Halabi settled in Ashkelon.

“The family is not happy to be separated,” Kahana said. “Gilda is in great danger – the Israelis claim she is a Muslim and I am sure that if Nusra or Isil get her they will claim she is a Jew,” he said to the Telegraph, referring to the Islamic State and the al-Nusra Front, Syria’s al-Qaeda affiliate. “Assad will not be happy to let them travel again… they will watch over her.”

He nonetheless credited the Syrians who recovered the Halabis for their bravery. “It was the Muslim people, the Syrians, that helped this family. They are the heroes. I am just in New York. I didn’t risk my life,” he said.