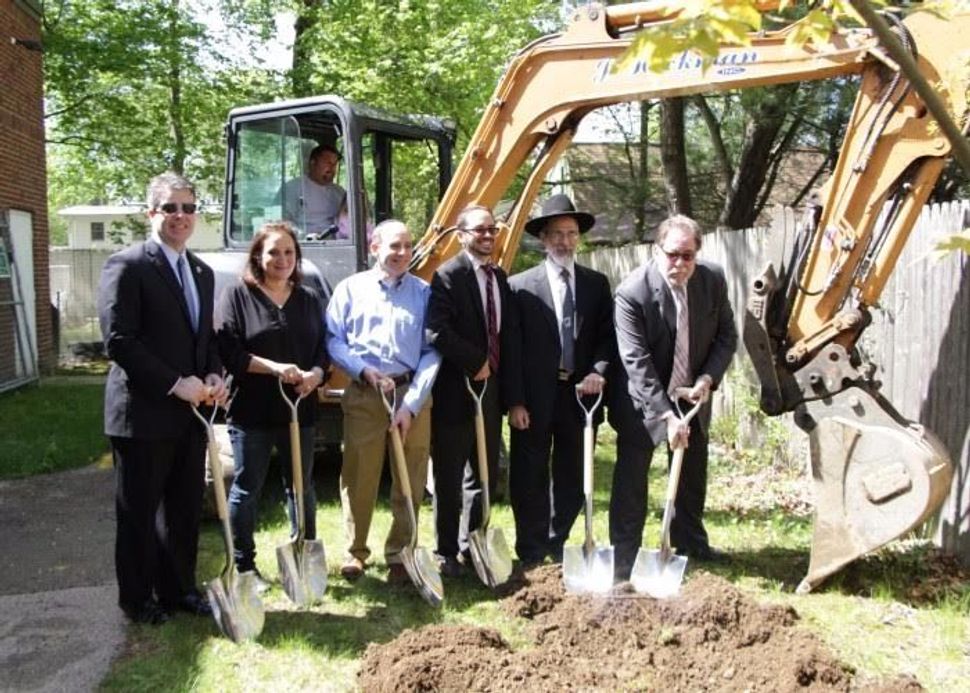 Ezra Schwartz’s parents Ari and Ruth (second and third from left) at groundbreaking for the new mikvah. Image by Tamar Vogel

Religious leaders, family members and politicians gathered in the Boston suburb of Sharon on Sunday to mark the groundbreaking of construction on a new mikvah (Jewish ritual bath) in honor of local terror victim Ezra Schwartz.

Named Mikvah Mei Ezra (Mikvah Helping Waters), the new bath is part of a renovation project at the Mikvah of South Shore, an organization that serves Jews in the southern suburbs of Boston and is currently in the process of renovating and expanding its facilities.

Ruth and Ari Schwartz, Ezra Schwartz’s parents, were present at the ceremony, which featured comments from rabbis and the reading of psalms. Ari Schwartz apparently told the assembled guests that he and his family felt honored by the dedication.

Ezra Schwartz was killed in 2015 by a Palestinian militant while delivering care packages to Israel Defense Forces soldiers on the occupied West Bank. The 18-year-old was a native of Sharon, and was studying in Israel on a gap year before college.

His death inspired an outpouring of support from the American Jewish community, with more than 1,500 mourners in attendance at his funeral.

In one example, Robert Kraft, the owner of the New England Patriots, flew the whole Schwartz family to the 2016 Super Bowl. The Jewish fraternity AEPi has inducted Ezra and father Ari as honorary members.

His parents have expressed their appreciation for the support of fellow Jews, and traveled to Israel to spend time with the families of other terror victims.