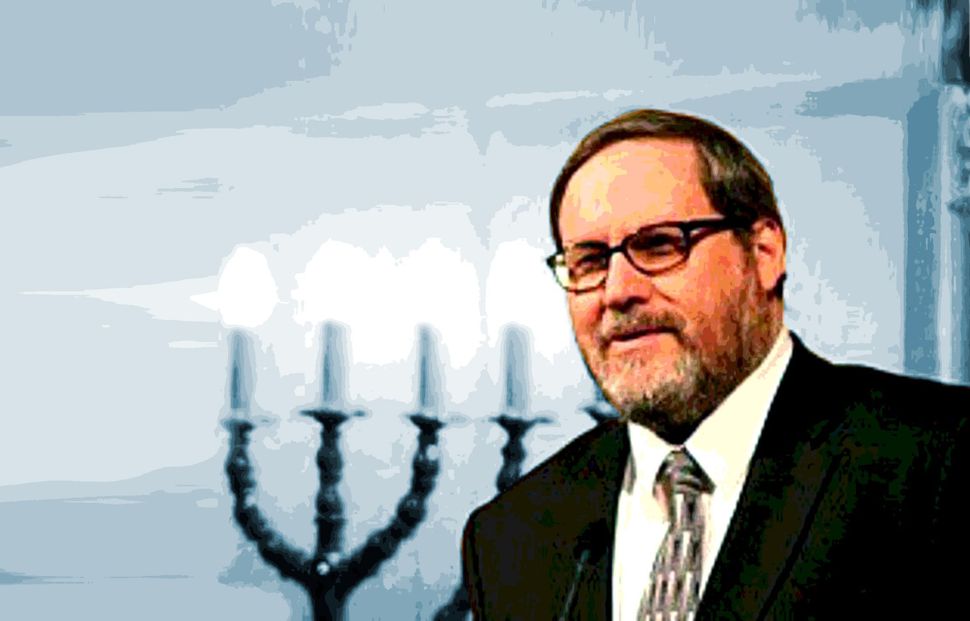 A new play based on the real-life scandal involving Barry Freundel, the Orthodox rabbi who secretly videotaped naked women immersing themselves in a Jewish ritual bath, has sparked outrage among his victims.

“Constructive Fictions,” written by graphic artist and copywriter A.J. Campbell, is currently being shown at a fringe festival in Washington, D.C.

Before being arrested in October 2014, Freundel served as the rabbi of Congregation Kesher Israel in the capital and was considered one of America’s most prominent Orthodox rabbis. He began serving a six-and-a-half-year sentence in May 2015 after pleading guilty to 52 counts of voyeurism in a scandal that stunned the American Jewish community.

“I was at first really surprised when I discovered that someone was making a play about this,” said Kate Bailey, one of the women converted by Freundel, who was secretly videotaped by him immersing herself in the mikveh, or ritual bath — the final step in the conversion process.

“I mean, we are talking about something that is still very fresh in the minds of people, and there is still civil litigation going in this case,” she told Haaretz. “When I contacted other victims, I realized that the playwright not only hadn’t reached out to me, but she hadn’t reached out to any of them either. Then I became really upset.”

Although the playwright claims that all the characters in her play are “composites” and not based on actual people, Bailey says that at least one of the four characters is based on a real woman – a victim of domestic violence whom Freundel had helped move into a shelter, where he would secretly film her undressed.

Bethany Mandel, among the few Freundel victims to come out publicly.

Bailey says she has no intention of seeing the play, which will have two more showings this week. “This was one of the worst things that ever happened to me in my entire life,” she said. “I don’t need to go see a play about it.” She added: “Just last night I had another nightmare about him.” Like Bailey, Bethany Mandel, a Forward columnist, is among the few Freundel victims to come out publicly. The fact that Campbell had not reached out to any of the victims “reflects very poorly on her,” Mandel said.

“I am the easiest person in the world to find,” she added. “How could it not have occurred to her to contact the victims? And the fact that she incorporated the actual story of one of the victims is really disgusting.” Asked for comment, Campbell said she did not contact any of the victims because “I think it would’ve been hard with so many to capture their stories and do justice to them.”

She said she had no intention of upsetting the victims. “Maybe there’s no good time to tell a story like this,” she said. “But that’s what we Jews do – we tell stories.” Campbell, who grew up Orthodox, has written other plays, but this is the first one to be performed.

The 70-minute play, she said, features four victims of Freundel appearing in front of him in jail, where they share their personal stories. The women are given the names of the four Jewish matriarchs – Sarah, Rebecca, Leah and Rachel.

Another woman secretly filmed by Freundel, who did not want her name published, said the idea of the play “feels slightly exploitative to me.”

“It feels like she is taking the pain of others for her own gain,” said the victim, who teaches literature. “This is one of the things I think about frequently, as a victim and also as a writer – how to create documentary work that is not exploitative.”