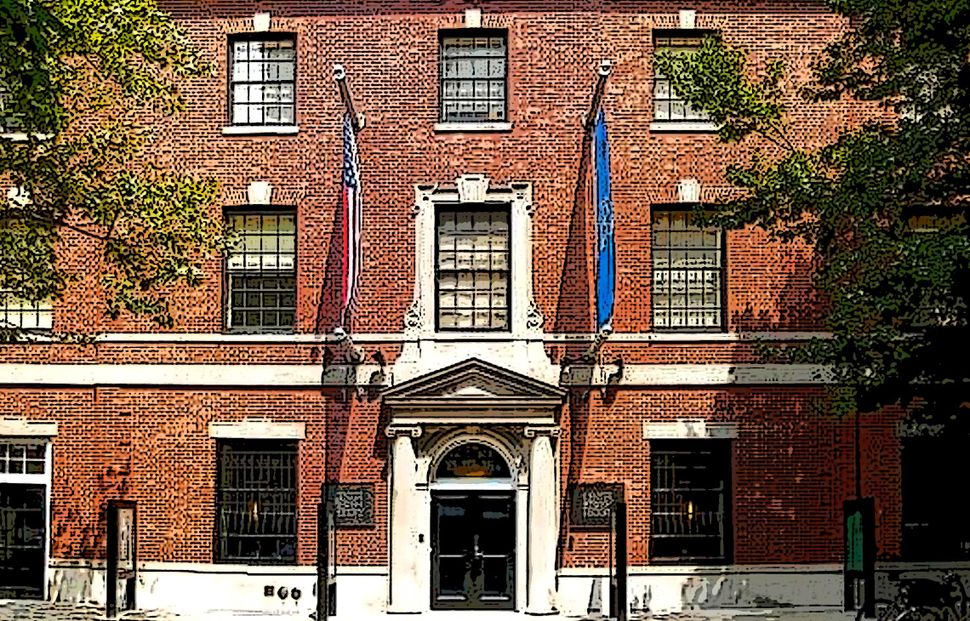 A campaign calling for the firing of the executive director of the Center for Jewish History over his ties to dovish pro-Israel groups is broadening, even as the organization’s board reaffirms its support for him.

A “stream of vituperative emails” to the CJH board condemning David Myers, the prominent academic recently hired to run the organization, has failed to erode its confidence in the new executive director, the board said in a statement approved at a meeting Thursday.

“An array of emails have been received,” board member Robert S. Rifkin told the Forward. “We were really very enthusiastic and delighted with David. We think he’s doing a terrific job. We shall not be moved.”

But Myers’ opponents are not letting up. A network of little-known right-wing Jewish advocacy groups, some of them with prominent Jewish leaders on their boards of advisors, are ramping up the attacks on the leading Jewish history expert.

The barrage of emails to appears to have been been facilitated by a small advocacy organization called The Israel Group, whose board of advisors includes Kenneth Abramowitz, the prominent Republican donor and national chairman of American Friends of Likud, and Andrew Borans, executive director of the Jewish fraternity AEPi.

Meanwhile, Richard Allen, founder of a New York-based advocacy group called JCCWatch.org, told the Forward on Friday that he is planning a “string of protests” against the CJH. Allen said he would announce the demonstrations through an advertising campaign in the Jewish press and on the radio. Allen has run similar campaigns in the past against the UJA-Federation of New York and the Manhattan JCC.

The campaign against Myers began with a column written by two public relations executives and a former chief of staff to Israeli prime minister Benjamin Netanyahu.

Now that attack has expanded. The Israel Group, based in California, posted the names of all of CJH’s board members on its website last week, encouraging supporters to “reach out.”

“We were the first action alert to actually create this kind of proactive approach to contacting the various board members,” said Jack Saltzberg, who leads The Israel Group. “It’s only going to snowball. It’s getting bigger.”

Two New York-based right-wing pro-Israel groups, Allen’s JCCWatch and AFSI, circulated The Israel Group’s lists. Abramowitz, a prominent supporter of President Donald Trump who has also served on the board of the Zionist Organization of America, is listed as an advisor to both The Israel Group and AFSI.

Attacks on Myers have focused on his seat on the international board of the left-wing not-for-profit New Israel Fund. “He’s an enemy of the Jewish state,” Hank Sheinkopf, one of the original column’s authors, asserted in a phone call with the Forward last week. “There’s not even a question here.”

In its statement Thursday, the CJH board said Myers had their “full and unwavering support.”

“After the Board’s recent receipt of a stream of vituperative emails demanding that Prof. Myers be dismissed by reason of political opinions he is said to have expressed during his years as a member of the History Department at UCLA including his published commentaries in the Jewish press on current issues, the Board has reaffirmed its complete confidence in Prof. Myers and the outstanding leadership he is providing as the Center moves forward to fulfill its mission in promoting the study and understanding of Jewish history,” the statement read. “David Myers is a distinguished scholar who brings enormous energy, intellect and executive talent to the task.”

On its website, CJH posted a litany of outside statements in support of Myers, including an op-ed published in the Forward by leading American Jewish history scholar Jonathan Sarna and Rabbi David Ellenson, former president of Hebrew Union College-Jewish Institute of Religion.

CJH also posted a statement by Jewish Voice for Peace executive director Rebecca Vilkomerson denying a claim that Myers had advised her group.