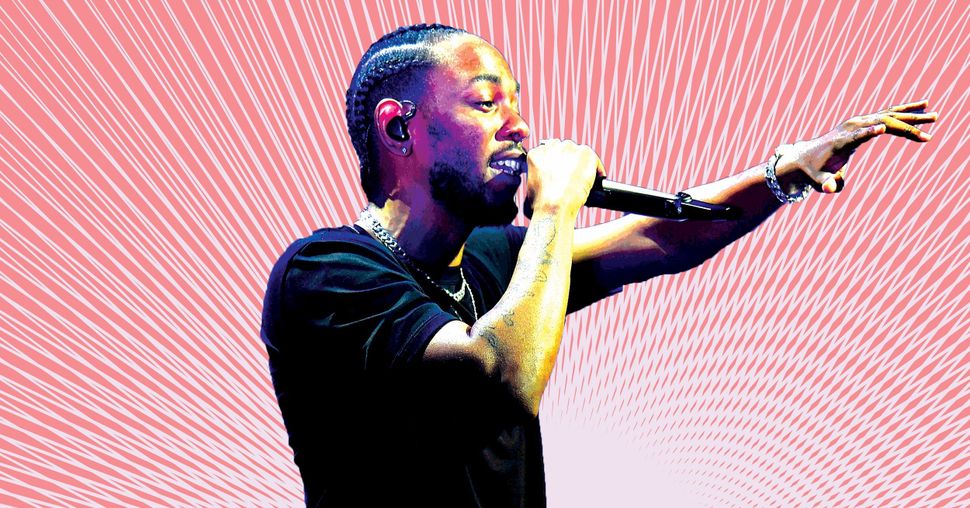 The Hebrew Israelite On Top Of The Rap World

The rapper Kendrick Lamar has long explored spiritual themes on his chart-topping, Grammy-winning albums. But on his latest album, “Damn,” he evoked new biblical themes. “I’m an Israelite, don’t call me black no more,” he rapped. Elsewhere on the album, a snippet of Lamar’s cousin appeared, preaching fire-and-brimstone lessons about how black people in this country are the true Children of Israel.

The lines left most listeners scratching their heads. Kendrick Lamar, an Israelite?

The 30-year-old rapper was inspired by the Hebrew Israelite movement, a black spiritual community that has grown for more than a century. Members don’t call themselves Jewish, and the movement has had a historically fraught relationship with Jews. They see themselves as the genealogical descendants of the ancient Israelites — and, apparently, now the country’s biggest rapper does, too.

One core, often controversial, teaching of the group is that black people in this country are under a curse, which they point to as an explanation for historic injustices, like slavery. The only solution, leaders preach, is complete obedience to God. A surprising idea for a rapper like Lamar to embrace, but at a moment of social upheaval, and with the rise of a new white supremacist movement, this year has caused many to go soul-searching.