Who Murdered These Jewish Snowbirds In Their Florida Condo? 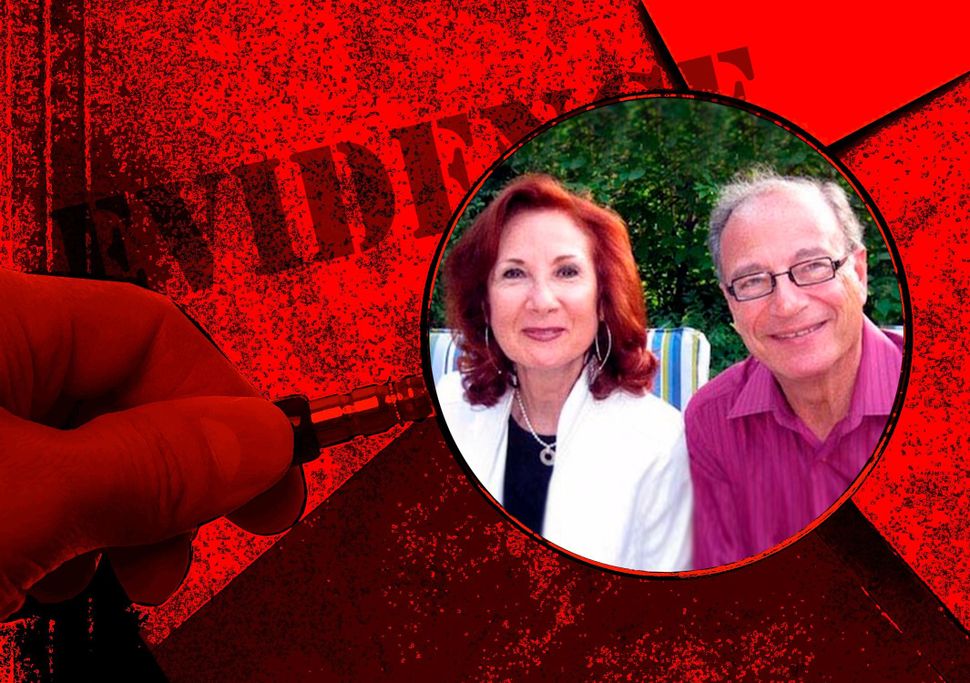 Welcome to the Forward’s series on unsolved Jewish murders. The cases run across continents and class divides, and have rocked Jewish communities around the world. Click here to access the rest of the series.

David “Donny” Pichosky and Rochelle Wise found each other late in life, marrying in 2009 when they were both in their sixties. Four years later — five years ago this week — the police found the bodies in their Florida home, with only one thing missing: Wise’s $16,000 platinum wedding ring.

Both Pichosky and Wise were from Toronto. She was a beloved former director of a day camp and vice-principal of the preschool at Bialik Hebrew Day School, a prominent Jewish school. He had lived in Florida for over a decade and a half when they were married, a permanent fixture of the Venetian Park condo complex in Hallandale, Florida, halfway between Miami and Fort Lauderdale.

The couple attended a local Chabad synagogue nearly every week. The head of adult education at Chabad of South Broward, Rabbi Mordy Feiner, told the Forward that at the weekly class on the Torah portion, Pichosky and Wise would sit quietly together, holding hands.

On January 10, 2013, Pichosky was supposed to meet a neighbor for lunch. He never showed up. When the neighbor used a spare key to enter the apartment, he found the bodies of Pichosky and Wise. They had been tied up and asphyxiated — and had been dead for at least a day.

Police determined that the struggle had began at the entrance to the condo. They have never revealed exactly how the couple was killed.

Though the deaths were quickly deemed a double homicide, no suspects emerged. Police ruled that the killings had been a targeted robbery: the apartment was untouched, and the only thing that was missing was Wise’s wedding ring. Investigators surmised that the killers likely didn’t know either Pichosky or Wise, and had seen the ring in public and followed the pair home. The ring was never found at any area pawn shop.

A year after the murders, Hallandale police announced a major breakthrough: DNA evidence recovered at the scene proved that two women had been involved in the killings. It was a startling find: in Florida, only five of roughly 400 people on death row are women.

Video footage recorded near the apartment shows an unidentified woman feeding ducks behind the apartment close to the time of the killing. The lead detective on the case said he strongly suspects her involvement.

In 2016, the Hallandale Police Department announced they would use a new method to try and solve the snowbird murders. Using DNA taken from the scene of the murders, HPD had contracted a DNA technology company in Virginia to create a computer generated “picture” of the face of one of the suspects.

The service, called “Snapshot,” has been used by police departments across the country to create digital images of suspects and victims who left small traces of DNA at a crime scene. DNA from the Hallandale suspect produced an image of a middle-aged woman with straight brown hair. 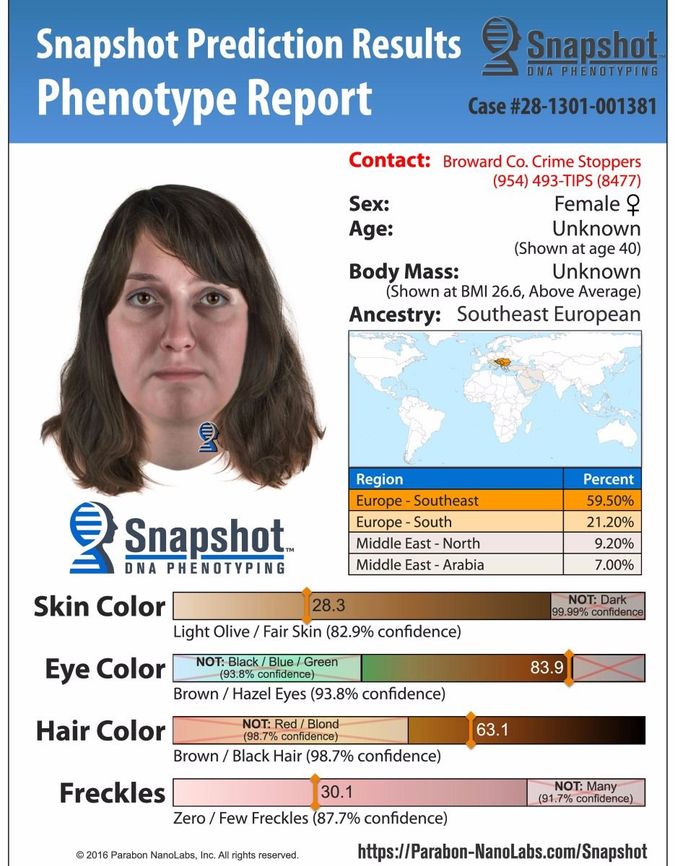 “The strongest use of this tool is in exclusion,” said Dr. Steven Armentrout, the founder of Parabon Nanolabs, which invented the technology behind Snapshot. “It can suggest who the suspect might be and it can tell you with high certainty who it is not.”

However, scientists have warned that Armentrout’s technology is too good to be true. Yaniv Erlich, a computer science and genetics researcher at New York University, told the New York Times that Snapshot is “on the verge of science fiction.”

“Ancestry? Sure, that’s fairly simple,” he said in October 2017. “Kinship, too. Phenotyping with faces? Forget about it.”

No arrests have followed the department’s use of the DNA service. The snowbird murders remain unsolved.

Who Murdered These Jewish Snowbirds In Their Florida Condo?