Why Did Conservative Rabbis Redo Their Intermarriage Ban — In Secrecy? 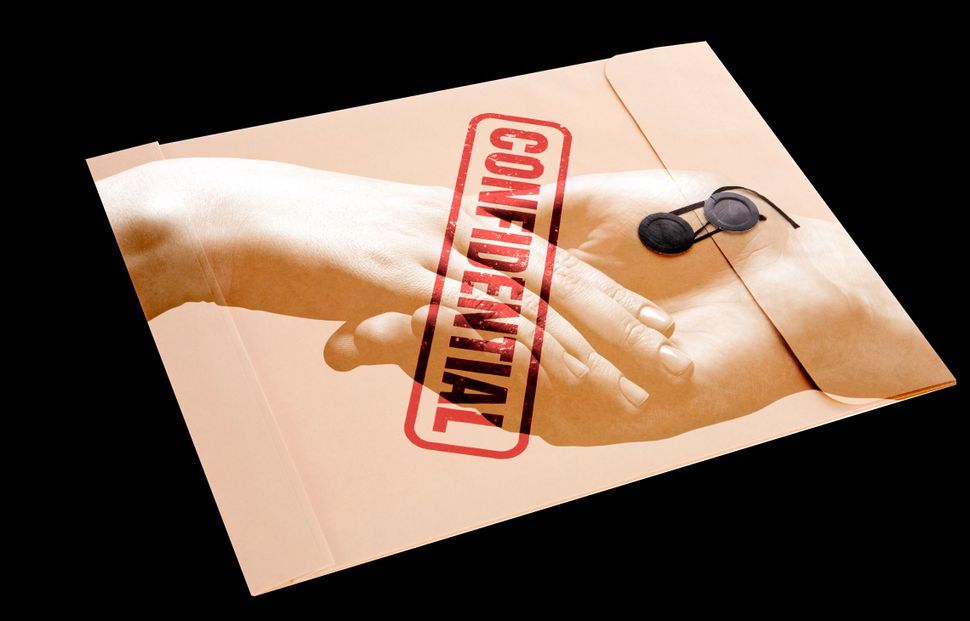 A little more than a year ago, a young rabbi revealed to colleagues that he had discovered that the Conservative movement never officially adopted one of its signature rules: the ban on rabbis blessing intermarriages.

Conservative rabbis are also forbidden from even attending intermarriages on pain of expulsion from the movement, and the likely job loss that would follow. These long-standing rules are central to the movement’s identity, as the denomination that blends modernity with adherence to Jewish law.

The movement’s response to the rabbi’s findings was to convene a secret commission. Just last week, leaders of the Rabbinical Assembly, the body that represents Conservative rabbis, officially adopted the commission’s recommendations: new language for the rules that reaffirm most of the ban on blessing intermarriages, and the beginning of a process that could allow rabbis to attend them without sanction. The commission’s report was publicly circulated to rabbis yesterday.

The secret nature of the process signals the intensity of the struggle around the intermarriage issue within the movement.

“I think there’s tremendous fear on the part of many that to take an open, rigorous, intellectual, spiritual, halachic, sociological look at one of the most defining features of modern American Jewish families today would somehow suggest that the Conservative movement has lost its way,” said Rabbi Adina Lewittes, who left the R.A. over the intermarriage issue. “I think that has led to a real reluctance to engage with this issue.”

To be sure, many rabbis past and present value the ban.

“I support the ban on rabbis doing intermarriages,” Rabbi Noah Bickart said. “I think that it’s a really tough one, but I think endogamy is a basic Jewish value, and I don’t think that rabbis caving on core Jewish values is in the interest of Jews or Judaism.”

“The sense I get, both personally and from talking with colleagues, is there’s a broad group that would wish that the Rabbinical Assembly was more transparent,” said Daniel Z. Stein, the California-based rabbi who made the discovery that the initial rules were never actually adopted. His findings were later published in a small online journal, Zeramim.

In November 2016, Seymour Rosenbloom, a Conservative rabbi from Pennsylvania, brought a draft copy of Stein’s article to a hearing at which the R.A. was considering expelling him for publicly admitting that he had performed an intermarriage. Even though Rosenbloom pointed out the procedural error, the R.A. expelled him anyway. But months later the R.A. created what became known as the Blue Ribbon Commission to research the history of the Conservative movement’s core principles and to clarify their status quo.

Stein was initially invited to serve on the commission. He did so from the commission’s formation in May 2017 until September, when he resigned. He would not say why he resigned. “I have been asked to respect the confidentiality of the process,” Stein said.

The R.A.’s executive vice president, Rabbi Julie Schonfeld, did not comment on why Stein had resigned.

In a statement, Schonfeld said that there has been open discussion of the intermarriage issue within the R.A. “The Rabbinical Assembly has devoted significant time at two recent conventions for all interested members to participate in open discussions,” Schonfeld said. “We see this as a fundamental issue that must reflect the consensus views of all of our members, and we continue to actively seek the feedback of as many R.A. members as possible.”

In its report, the commission did not accept or even acknowledge Stein’s argument that the rules were never officially approved. Instead, it argued that the ban on intermarriage stood, regardless of the manner in which it passed.

But the report also makes a startling concession: that the R.A. has not enforced its rule demanding that rabbis who attend intermarriages be expelled. It recommends that the R.A.’s religious law committee, called the Committee on Jewish Law and Standards, review the issue, suggesting that that portion of the standard be revoked.

While Conservative movement insiders have long known that the rule on attending interfaith weddings wasn’t enforced and have broken it at will, this was not widely understood by all rabbis in the movement.

“I know rabbis who have not gone to weddings of family members because they thought they could potentially be expelled from the Rabbinical Assembly,” Rosenbloom told the Forward. “People make decisions based on these standards.”

Two members of the CJLS said that they had recently attended intermarriages of relatives. But rabbis and rabbinical students regularly share stories of colleagues who did not, at great personal expense.

Schonfeld said the commission recognized that acknowledging that the law had not been enforced could be painful for some rabbis. “The R.A. struggles mightily with this,” she said in the statement. She wrote that the commission was “deeply pained” by the awareness that acknowledging that the rule had not been enforced would “cause distress” to rabbis who had followed it.

In recent weeks, the R.A. distributed a copy of the commission’s report, labeled “confidential,” to the members of the CJLS. The R.A.’s executive council asked the CJLS to “review the attendance question in light of the fact that the practice has long fallen into desuetude,” an apparent indication that it expects the rule to be withdrawn.

“We’re talking about people’s livelihood,” Lewittes said. “Their ability to make a living is hanging in the balance of whether or not an organization is going to make a clear statement, and live that statement, of what’s expected of them.”

Despite appearing to be a retrenchment, some rabbis see the report, by opening up the standards and practices for discussion, as a first step toward acceptance of intermarriage by the Conservative leadership.

“It seems to many of us that this report is laying the groundwork for a conservative interfaith marriage ceremony within a decade,” said Rabbi Leonard Gordon, who formerly served at multiple major Conservative synagogues and is active on these issues.

Why Did Conservative Rabbis Redo Their Intermarriage Ban — In Secrecy?