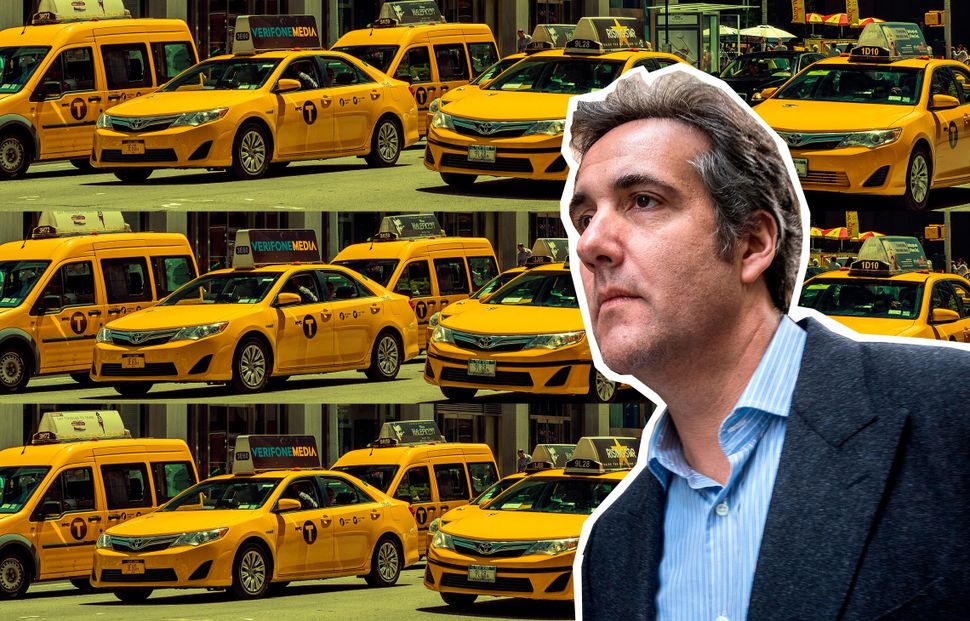 Michael Cohen’s use of his Trump Organization email to conduct his taxi business has become more legally significant after his former medallion manager, Evgeny Freidman, agreed to work with federal prosecutors as part of a plea deal, according to experts and reports.

That’s because public records obtained exclusively by the Forward show that Cohen used his Trump email on multiple occasions to conduct business for his NY Funky Taxi Corp. medallion, which Freidman managed since at least 2012. Cohen’s taxi dealings were part of records seized by federal investigators after they raided his home and office.

David Shapiro, a financial crimes expert and former FBI forensics investigator, told the Forward that Cohen’s use of the “trumporg.com” address makes it much harder for him to argue he was only acting in a legal capacity for the company. Shapiro also said that it potentially exposes other members of the Trump Organization to federal investigations if Freidman testifies against Cohen.

“I am really astounded by the sloppiness of it all. It’s so careless.”

Shapiro added that investigators could now more easily subpoena all of Cohen’s Trump Organization emails going back a decade, when records show he started to conduct his taxi business with that address.

Cohen downplayed his connection to Freidman in a Wednesday tweet.

“I am one of thousands of medallion owners who entrust management companies to operate my medallions according to the rules of the NYC Taxi and Limousine Commission. Gene Freidman and I are not partners and have never been partners in this business or any other.”

Freidman pleaded guilty to felony tax fraud on May 22 and agreed to pay $5 million back to the state and serve five year’s probation in exchange for his cooperation and possible testimony, The New York Times first reported.

“Tax evasion is a great crime to then link other sorts of entities into the scheme. You put your whole checkbook into play,” Shapiro said. “It’s great for the investigators.”

The Freidman plea and email revelations also make Cohen’s taxi business a more central part of federal investigations into his and Trump’s business dealings — especially if prosecutors are able to persuade Freidman to testify.