For 9/11 families, a bittersweet anniversary falls on Rosh Hashanah 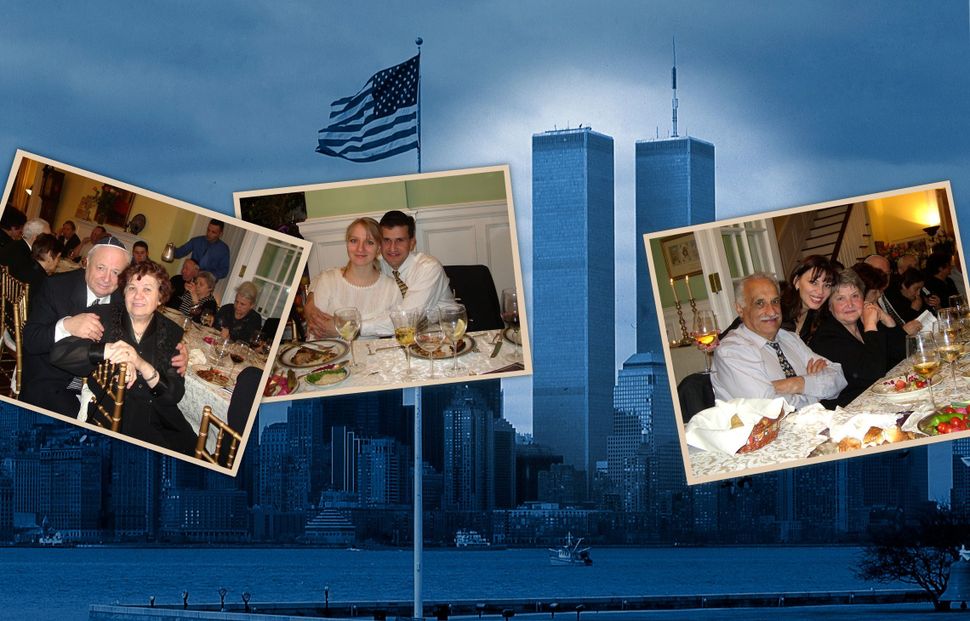 Jews all over the world will gather around the table to welcome the holiday by dipping apples in honey, a custom that symbolizes the wish for a sweet year. The holiday, also called “the world’s birthday,” is a time of reflection, renewal, and rebirth.

But for one particular group of families it will be a time of intense, mixed emotions. The night the holiday starts, on September 9, they will gather together in Brooklyn’s Asser Levy Park to memorialize their loved ones, as they have been doing since 2005. They call themselves the September 11 Family Group, and they usually celebrate Rosh Hashanah together. This year, because of the days’ overlap, that won’t happen, but they saw each other recently, and will see each other again soon.

They get together for family celebrations. They gather to mark the birthdays of loved ones who perished 9/11. Many of them met recently at a summer cookout in Westchester, and they spend Passover together, too. Between these times of meeting, they know they have a loving support network of other families who share the same tragedy.

“Alone, we wouldn’t celebrate the holidays, alone, we wouldn’t do anything,” said Ross Tisnovsky, who lost his sister on 9/11. “These meetings not only changed our lives, but also saved us.”

On September 10, 2001, they were all strangers, but had several things in common. They had all emigrated to the U.S. from the former Soviet Union. They were first- generation Americans dealing with the challenges of newcomers, and they all had family members working at the World Trade Center, a sign that they were assimilating, succeeding, and living the American dream.

After the attacks, they found each other at the Family Center on Pier 94, which was set up for victims’ families. Dina Leader, a Ukrainian-born Russian speaker, was volunteering there. She quickly became an anchor for these Russian families, many whom were still learning English.

“I would help fill out paperwork, and would intentionally schedule Russian speakers at the same time so they could connect to one another,” said Dina. “They very quickly acted as each others’ shield.”

By spring, with the help of Dina and her husband, Jonathan Leader, they had become a community. The Leaders hosted them for a Passover Seder in 2002, and have done so every year since; they also host the High Holiday meals. Dina and Jonathan Leader are philanthropists involved in several Jewish causes including Hillel and the Celebrate Israel Parade.

Roman Gertsberg and Valeriy ‘Larry’ Savinkin, who each lost a child, established The September 11 Family Group as a non-profit in 2003.

“Rebuilding life is still very much a process, taken one tiny step at a time,” said Roman, who lost his daughter. “The fact that we speak the same language (Russian) has made it easier.”

Valeriy, who lost his son, Vladimir, died in 2016 after fighting cancer. “His life mission was to support the families and keep the group together,” said daughter Galina, now 30.

Vladimir was working at Cantor Fitzgerald, a financial firm in the North Tower, when the planes hit. Galina, 13 years old at the time, found out about the attacks in her eighth-grade French class and screamed, knowing her brother was inside. That night, she saw her father cry for the first time.

“It was a really hard time to see what my parents were going through” Galina recalls, “and having them establish the 9/11 Families Group gave them strength.”

Ross Tisnovsky’s sister Yelena ‘Helen’ Belilovsky was working at Fred Alger Management in the North Tower. “When we heard about the first plane, we were sure this was an accident.” Ross’s sister was on the 87th floor. He would later learn that she was not far from where the plane hit. 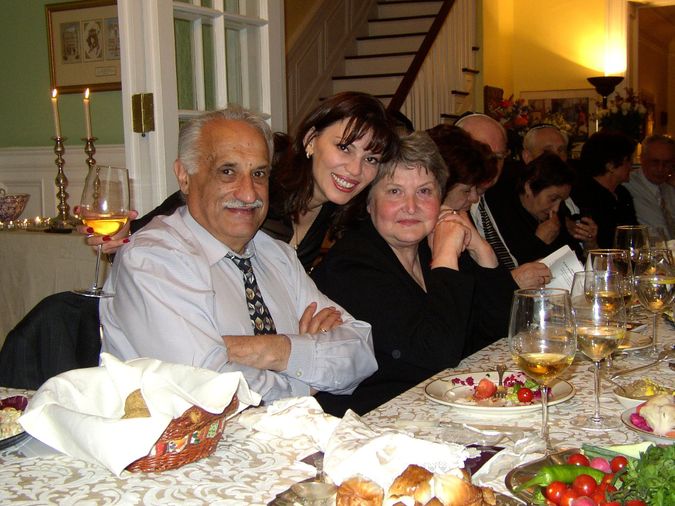 Passover, 2003. From left to right Leonid Tisnovsky, Dina Leader, Emma Tisnovsky and the parents of Yelena Belilovsky. Image by Courtesy of the September 11 Families Group

On the phone with his mother, Ross watched the burning towers while attempting to calculate which floors were hit. She watched the towers collapse on live television.

Roman Gertsberg’s daughter Marina started working at Cantor Fitzgerald on September 5th, less than one week before the attacks. She used to call every morning from work. Roman was working as a computer technician in Brooklyn and could see the Twin Towers from the 26th floor of his office building.   He rushed outside and began making his way to the World Trade Center. Everyone else was walking or running in the other direction into Brooklyn.

“I was able to get onto the Brooklyn Bridge … and that is when I first saw the Towers in flames. I will never forget that sight. There were pieces of glass flying from the building like sprinklers and thick smoke was filling the sky. Police who barricaded the entrance to Manhattan stopped me, telling me to turn back but I couldn’t leave knowing that my daughter was inside. I just stood there frozen and that’s when I saw the building collapse… right in front of my eyes. What happened next is a blur. I’m not even sure how I got home…”

Marina, Vladimir and Yelena’s names, along with 15 others, are marked on a memorial plate that sits in Seaside Park, which hosts the group’s annual memorial ceremony. Two symbolic trees shelter the plate: a weeping willow, and a “survivor tree,” cloned from the Callery pear tree that survived the 9/11 attacks.

The memorial, which takes place every year around 9/11, opens with the American national anthem followed by several speakers, a moment of silence, and candle lighting, says Roman Gertsberg. The victims’ pictures are displayed on a large screen, and their names are read out loud. The ceremony has been taking place since 2005 and is funded by the City Council along with some private donations and contributions from the families. Family members, dignitaries and a local rabbi address the attendees, but no prayers are recited. Some also attend a synagogue service on the date of September 11 according to the Hebrew calendar. It fell on September 3.

This year, Rosh Hashanah just feels like too much, said Galina.

After the attacks, the families of the victims — Roman Gertsberg and his wife Anna, Galina’s parents and the Tisnovskys — spent days going from hospital to hospital.

“I stayed at home from school and barely saw my parents who were going from hospital to hospital,” Galina said. “I remember having two jobs; the first one was to sit next to the phone and make phone calls to hospitals, and the second one was to make sure that there was food when my parents came home.”

Vladimir Savinkin’s first funeral was held on November 7, 2001. He was buried two more times when remains with his DNA were recovered from the site.

He had been in a long-term relationship with a girl named Olga whom he had wanted to marry. Vladimir was 21 years old. Galina’s son Victor is named after him.

Yelena Belilovsky most likely died instantly from the impact, but this cannot be confirmed. Her work badge was recovered almost unscratched and the family was also able to receive DNA confirmation.

“We were one of the lucky ones, if you can call it that. We were able to get some form of closure.” Ross’s eldest daughter is named after his sister. Yelena was 38 years old.

The Gertsbergs have not received DNA verification yet. Since none of Marina’s remains were recovered, they were unable to perform a Jewish burial.     Marina was studying for her MBA at Baruch College. Her parents established a scholarship in her name. She was 25 years old.

“I think of her every day. Nothing will give me closure and I hope that the latest DNA testing will help find her.” Roman’s wife Anna passed away from illness one year after the attacks. Roman Gertsberg says it was from a broken heart.

While pain always present, so are strength and resilience.

For the past 17 years, the group has shared life’s happiness and sadness: weddings, birthdays, bar and bat mitzvahs, and also funerals. 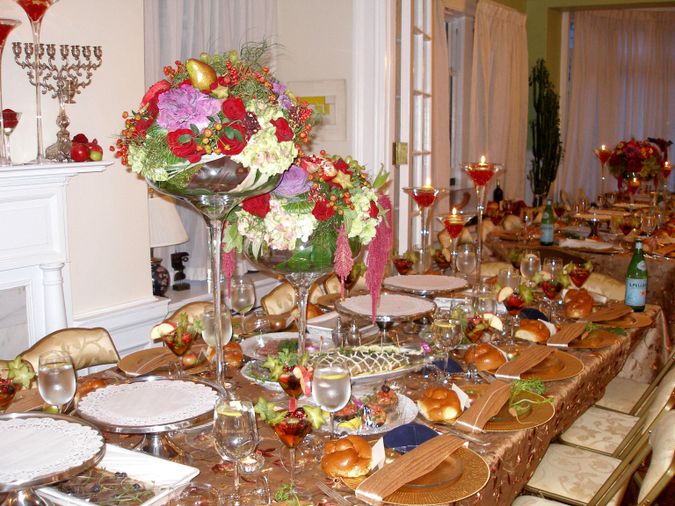 The group also organizes an annual Soccer Memorial Cup, which is held both as a tribute and for educational purposes. It aims to further educate school children about September 11 while commemorating their loved ones. The September 11 Families Group plays against a team from the New York City police or fire department. This year the game will take place in the fall.

16 of the original 18 families are still actively involved in the group. (One family moved away and another left for personal reasons.)

“Being one of the younger family members I know I will one day have to lead the group,” Galina said. “We can’t stop time, but we can make sure no one forgets.”

Galina is determined to keep the group together, as her father would have done.

“When we meet everyone knows why we are there, and being together is a great source of comfort. Why do people go to support groups? To meet other people who share the same experience. We have kept together because we understand each other like no one else can, or ever will.”

For 9/11 families, a bittersweet anniversary falls on Rosh Hashanah