Public Advocate Candidate Eric Ulrich Is Courting The Orthodox. Is It Enough To Win? 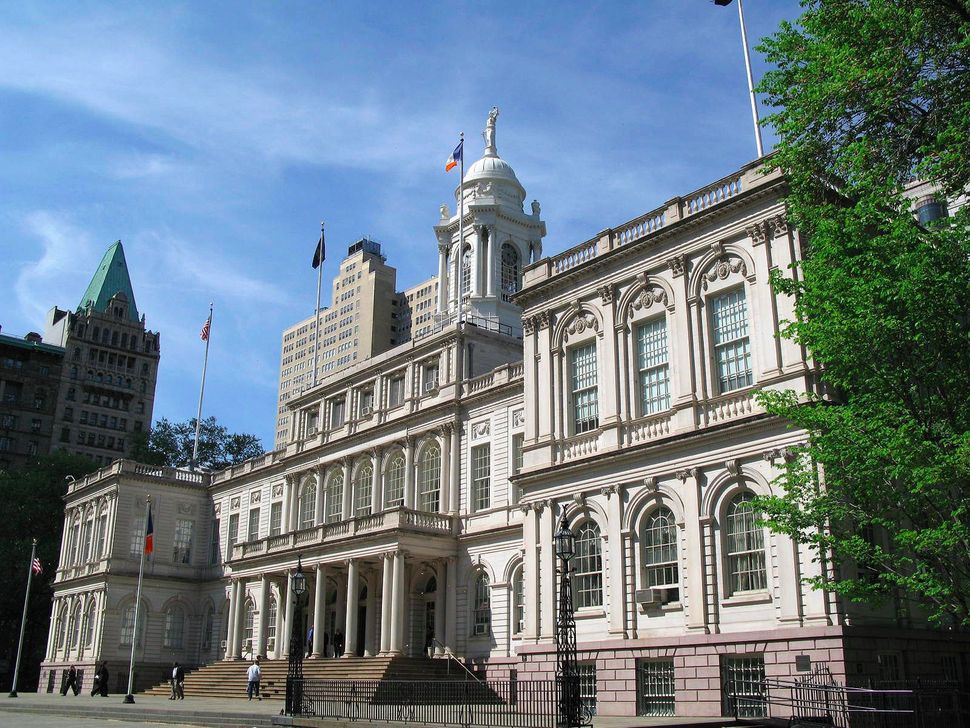 How does a Republican win a citywide race in Democrat-dominated New York City? Court the Orthodox Jews.

At least, that’s the argument that supporters of New York City Council member Eric Ulrich are making in next week’s special election for Public Advocate, in which 17 candidates are vying in a nonpartisan election to spend the next nine months filling the high profile, but low-powered, post.

The free-for-all electoral format has set up a sort of political test for the city’s growing Orthodox Jewish community.

Ulrich’s backers think they can ride the Orthodox vote to victory, especially given the crowded field, made up largely of outspoken progressives with overlapping agendas.

But Ulrich’s team has struggled to unite the community’s Hasidic and non-Hasidic branches, exposing deep strategic rifts between the old-style Hasidic power players, who seek pragmatic alliances with electable progressives, and an insurgent single-issue bloc.

Non-Hasidic Orthodox leaders, focused on protecting Orthodox yeshivas from state intervention, have endorsed the Republican, saying they want to use him to “send a loud and clear message” on the yeshiva issue, which has roiled the community in recent months.

But at least one powerful Hasidic group has rejected Ulrich’s overtures. The followers of the Satmar grand rabbi Zalman Teitelbaum in Williamsburg announced Thursday that they were taking a more traditional approach: sticking with a progressive Democrat, City Councilman Rafael Espinal, who has been a longtime ally.

“There are people like [prominent Satmar activist Rabbi David] Neiderman who are sophisticated politically, and then there are newcomers to politics,” said one political consultant active in the Orthodox community, who asked not to be named. “These rabbis that are endorsing [Ulrich], they don’t have any other horse in the game except for yeshiva education.”

Though the ultra-Orthodox vote is often thought of as a unitary bloc, the community is made up of many shifting power centers. Niederman, a prominent follower of Zalman Teitelbaum who runs a social service nonprofit in Williamsburg, is the paragon of the traditional Hasidic model; a long-time power player who has developed strong pragmatic relationships with a long line of progressives and Democratic bosses, who in turn have helped deliver services to his community.

Yet Niederman only speaks for some Satmar leaders in Williamsburg, while the ultra-Orthodox community spans a growing number of neighborhoods, including Boro Park, Flatbush, Midwood, and beyond. In some corners of the community, other considerations trump the power politics of Williamsburg.

Ulrich, a Catholic from Queens, has served in the City Council since 2009. His campaign manager, Michael Fragin, is a prominent figure in Orthodox politics, with close ties throughout the community. Though no Republican has ever held the public advocate position since it was created in 1994, and though he failed to qualify for the final debate on Wednesday night, Ulrich has drawn significant attention in the race’s final days.

Ulrich was the lone voice among the candidates in favor of Amazon’s now-scrapped plan to build a secondary headquarters along the waterfront in Long Island City, and he’s made a pitch for voters disgruntled that the company, and its promised 25,000 jobs, was driven away. He also received an endorsement from the New York Daily News, which argued that an Ulrich victory would set up a competitive general election when the seat is on the ballot again in November. (The New York Times endorsed Jumaane Williams, a progressive member of the New York City Council and a former candidate for Lieutenant Governor, who is widely seen as the frontrunner in the race.)

Ulrich’s advisors say that Orthodox Jewish voters in Brooklyn and Queens could help Ulrich beat out a field packed with progressives. “In a nonpartisan special election, bloc votes like the one the Jewish community can bring can make a difference,” said Menashe Shapiro, Ulrich’s communications director, who is also an Orthodox Jew.

To that end, Ulrich has staked out a position in defense of Orthodox yeshivas, an issue that in recent months has been a source of panic in the Orthodox community. After years of advocacy by yeshiva reformers, state education officials issued new guidelines on secular education requirements for non-public schools. The guidelines were presented in the Orthodox media as threatening the very existence of Orthodox yeshivas, and though the State Education Department has since clarified some aspects of their initial statement, concern over the issue remains high.

“He is a tuition-paying parent himself, he sends his own daughters to a religious school,” Shapiro said. “He feels very strongly about the rights of parents to educate their children in their family traditions. It’s something he takes very personally.”

In some corners of the Orthodox community, that argument has paid dividends. Ulrich graced the cover of the Flatbush Jewish Journal, a Brooklyn newspaper with close ties to the powerful ultra-Orthodox umbrella group Agudath Israel of America, each of the past two weeks. On the cover of its February 21 edition, the paper ran the text of a letter endorsing Ulrich, signed by three prominent leaders of non-Hasidic ultra-Orthodox religious schools.

“Electing Eric Ulrich as public advocate will send a loud and clear message to the forces in New York that are looking to control the education of yeshivah children,” reads the letter, which also appeared in other Orthodox media. “Councilman Ulrich will use his position of public advocate to fight the New York City and state on our behalf.”

The rabbis who wrote the letter, including Yisroel Reisman of Yeshiva Torah Vodaath, are not regulars on the political scene. But all three have taken unusually public positions against the secular education guidelines. Two of them recorded videos, posted online, attacking the guidelines, and co-wrote a Wall Street Journal op-ed in December on the issue.

The three rabbis did not respond to requests for comment from the Forward. A person familiar with the thinking of Rabbi Yaakov Bender of Yeshiva Darchei Torah, one of the three signatories, said that Ulrich was the only candidate who had “expressed willingness to stand with the private school and yeshiva community in this moment of crisis.”

Ulrich has made the rounds of Orthodox Brooklyn. He’s met with both sides of the split Bobov Hasidic community in Boro Park, visited the Lubavitch community in Crown Heights, and met with Niederman, the powerful Satmar activist in Williamsburg.

Yet on Thursday morning, the Yiddish-language newspaper Der Yid, controlled by the followers of Zalman Teitelbaum, reported that the leaders of their community were endorsing Espinal.

An activist close to the leadership of the so-called “Zali” Satmar sect said that the community had a long-term relationship with Espinal, who has served in the City Council since 2013. “There were some pulling for Ulrich, and yes, we appreciate his support, his adamant support for yeshiva education,” the activist said. “But there are other people who are also sympathetic to the issue.”

The activist cited Espinal’s work in 2015 creating a program to provide social services for Holocaust survivors, of which the Satmar community includes many.

Espinal, too, has spoken in support of yeshiva education. “He believes families and parents have a right to choose where their children get educated and what kind of education they receive,” said Robin Campbell, communications director for the Espinal campaign. Of the city’s ongoing investigation into Hasidic yeshiva education, Campbell said that it would be “premature to make any further moves until that process is complete.”

Yet unlike Ulrich, Espinal is a Democrat and a progressive. In that way, he looks much like other progressives Hasidic leaders have partnered with over the years, like mayor (and former public advocate) Bill de Blasio, who control City Hall, and who they see as able to help them access the government services their communities need.

“Nobody else is telling them they’re going to go to bat for them, so what do they have to lose,” said the political consultant active in the Orthodox community, of the rabbis supporting Ulrich. “But if you’re [Niederman] and you need affordable housing projects…”

Niederman did not respond to a request for comment.

Whether Ulrich’s pitch takes hold in Orthodox communities remains to be seen. There are around 340,000 Ultra-Orthodox Jews in the New York metropolitan area, according to a 2011 study from the UJA Federation of New York.

One political expert employed by an Orthodox media organization, who asked not to be named, said that he had seen a coalescing of support behind Ulrich in recent days. He said that for many Orthodox voters, it came down to whether they believed Ulrich was a pragmatic choice.

“They vote Republican in national elections, but they’ve managed to hold the line on local elections,” said Ester Fuchs, a professor of public affairs and political science at Columbia University. “They’re very pragmatic about this, generally… It’s worked actually quite well for the community.”

Public Advocate Candidate Eric Ulrich Is Courting The Orthodox. Is It Enough To Win?